The seven best race tracks you can only drive in games There are plenty of complaints that modern race circuits are too dull, too sanitised and too formulaic. Huge run-off areas, sequences of fast corners that don’t allow for a sniff of an overtake and locations that are mostly flat and mostly featureless. It’s no surprise that after watching yet another tedious, processional F1 finale around the Yas Marina Circuit, fans are begging for more hairpins, more overtaking opportunities and maybe a loop the loop? Thanks.

Fortunately, there’s no such trouble in racing games. Stunning rural idylls can be covered in tarmac without wiping out an endangered species or three and the only safety concern after a massive accident is getting RSI in your thumb from pressing the reset button. Here are some of our favourite fictional tracks you can only drive in videogames… 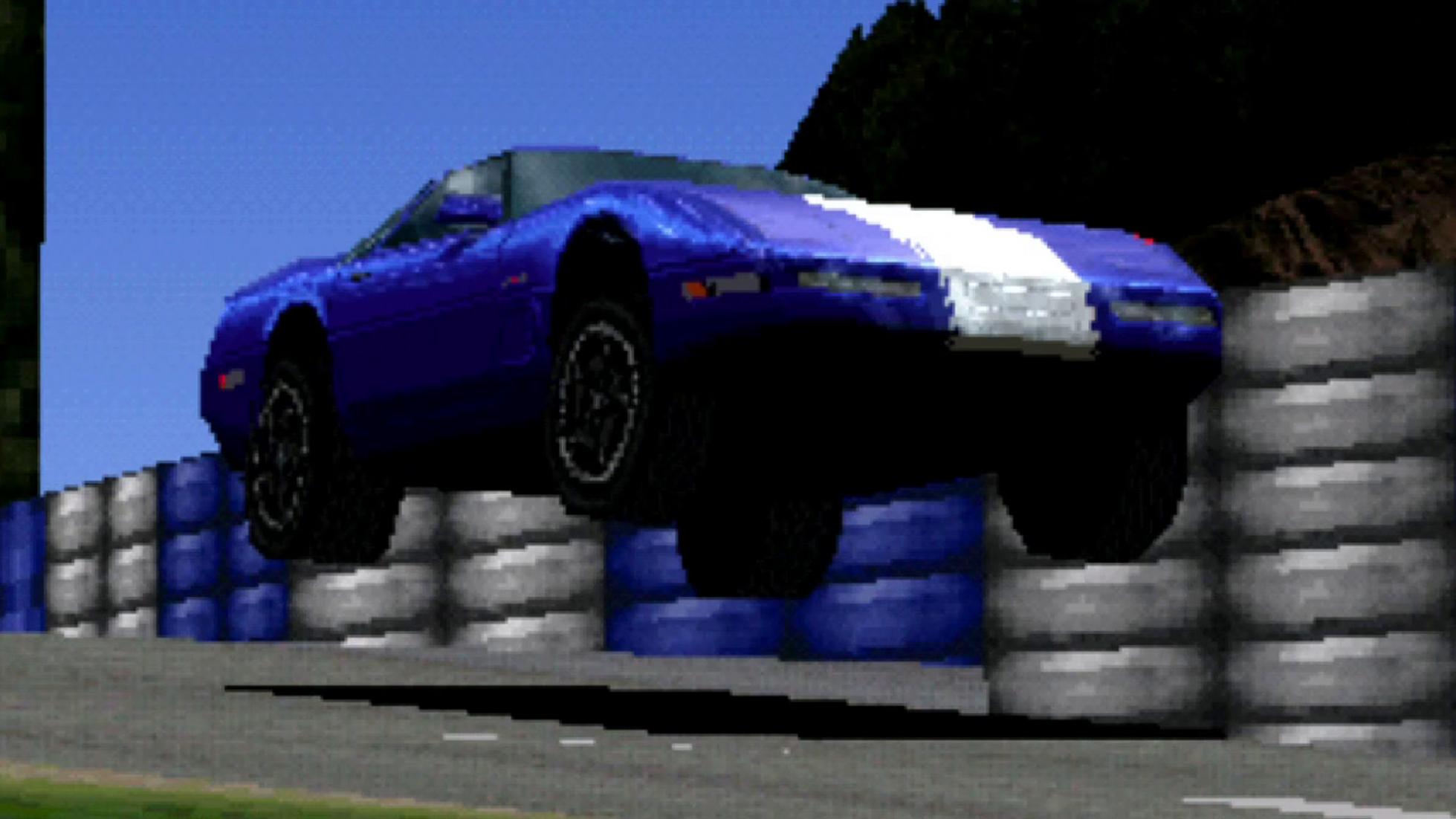 You’ll spend the early part of the first Gran Turismo game’s GT Mode lobbing a Honda Civic or equivalent around the short Grand Valley East configuration, which is itself a satisfying circuit to hustle a car around.

But then in the racing game equivalent of a dramatic plot twist, the game revealed that it was just a small segment of the full 3 mile loop, the longest circuit in that original game. This epic extended route wound and undulated its way through tunnels cut into the mountains and over a now instantly recognisable steel bridge, leaving you wondering how exactly Polyphony had squeezed it into your humble grey PlayStation.

Naturally some players will prefer Trial Mountain or Deep Forest, because ultimately all of Gran Turismo’s fictional circuits are exceptional – we’ve turned so many cumulative laps over the decades since the first GT we’re more familiar with these pretend routes than our own drive home from work. For sheer length, complexity and variety, though, Grand Valley Speedway is our favourite. The only downside? The name Grand Valley really didn’t help all those people who insisted on calling it Grand Turismo… 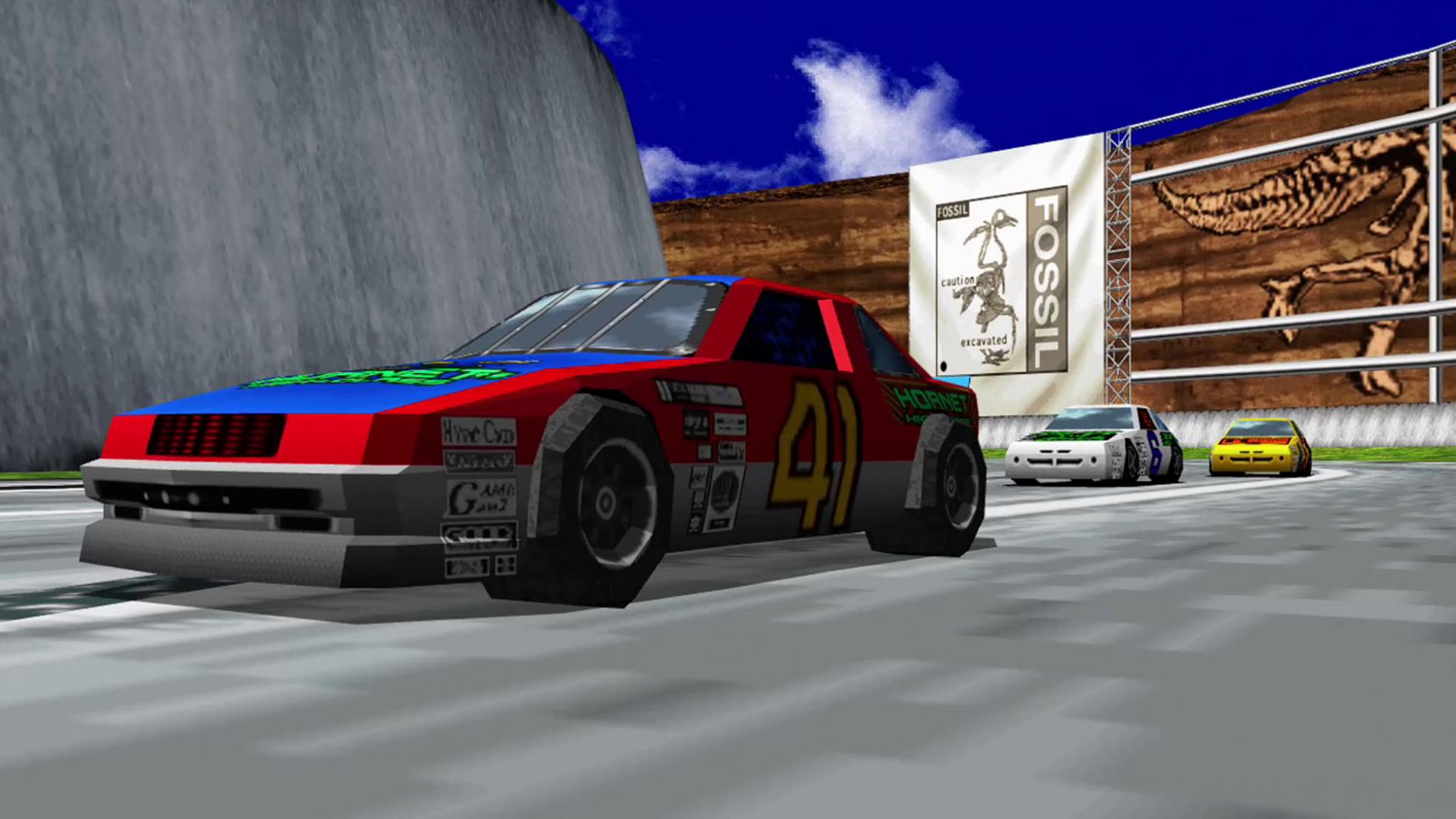 Daytona USA’s three spectacular circuits are emblazoned on the memory of an entire generation of seaside-going kids. Where the Beginner course only really had one challenging corner and the Expert street circuit would have you pinballing between the barriers, the Medium circuit was a Goldilocks-pleasing rollercoaster of arcade perfection.

This swooping, soaring ribbon of asphalt cuts its way through a canyon that is somehow simultaneously a crenellated castle and a large scale archaeological dinosaur dig. It’s like the track designer did a Google image search for ‘history’ and went from there.

It’s really the layout that’s the star, though, whether it’s the huge banked turns or the Eau Rouge-esque uphill chicanes, this circuit is perfectly suited to Daytona’s drifty handling and the ideal location for swashbuckling multiplayer battles. No need to load the truck up with wet tyres either, because as with all Sega arcade games it’s a permanent forecast of sunshine and blue skies… 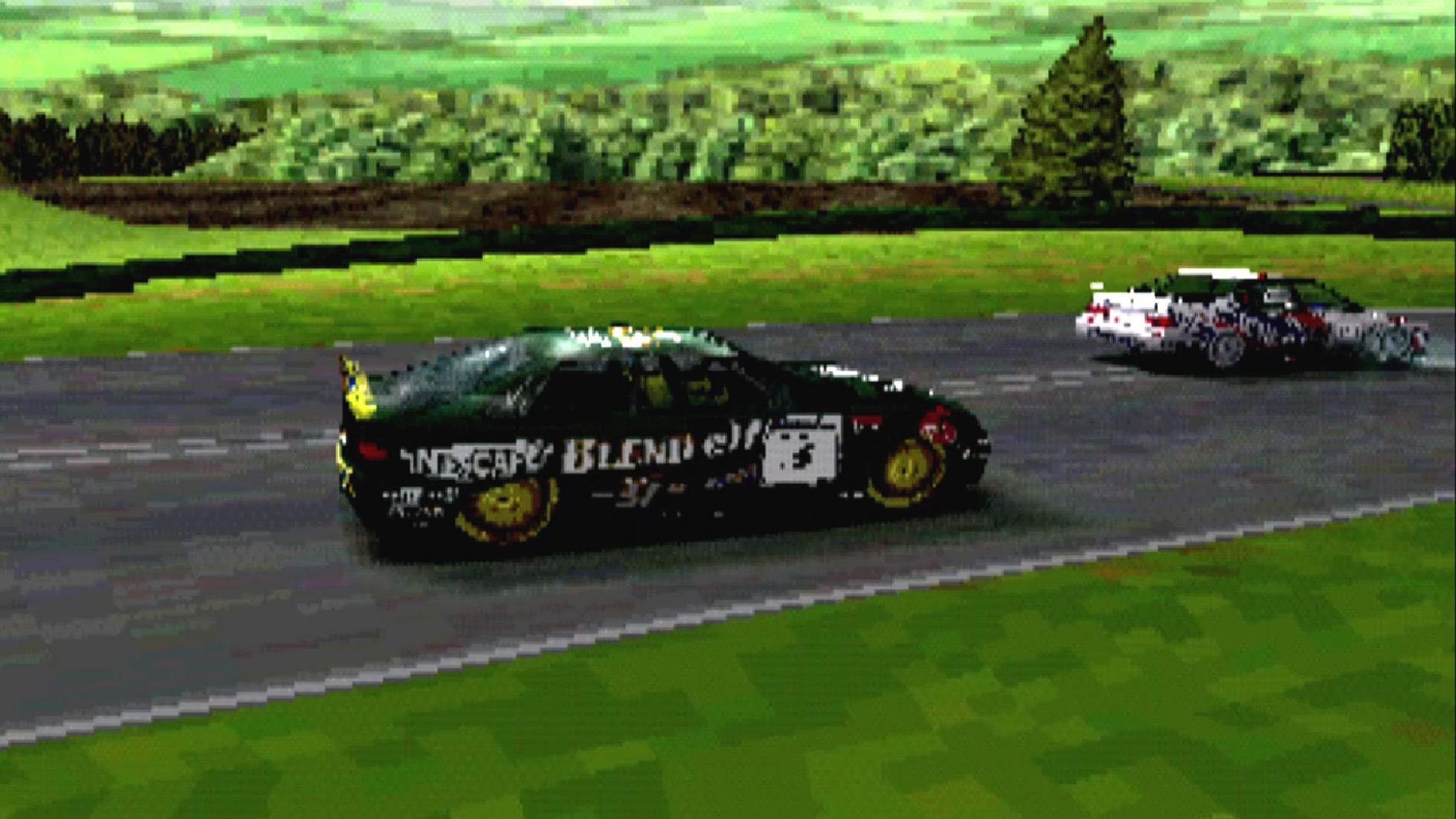 Not content with the exotic climes of Snetterton in Norfolk and Knockhill in Scotland, classic 90s touring car racer TOCA 2 included a handful of bonus circuits that were perfect for utterly thrashing a Renault Laguna on 19 inch rims. The incontrovertible highlight was the Kastl road course set in the countryside of Bavaria, with its glass smooth, perfectly maintained Germanic roads. Though that might have been because the technology didn’t exist to render potholes yet.

Anoraks will notice shades of the historic Avus circuit to begin with, with a dash down the autobahn into a roundabout, but then the track blasts off up a sliproad and into the verdant countryside, for a series of corners that are almost all completely flat out in a Super Touring spec race car. Hard enough to hang onto anyway, but this was the 90s so we also had to wrestle with an original PS1 controller with no analogue sticks and that’d had at least one glass of cherry cola spilt on it… The traditional rival to Gran Turismo, Forza doesn’t have quite the same reputation for brilliant fictional race circuits, but there is one that has rightfully gone down in legend. At Maple Valley Raceway, it’s eternally autumn, meaning every lap you’re treated to a vista that’s a sea of red, orange and yellow leaves.

But while Maple Valley sounds like the sort of place Bambi might hang out, the course itself is fast and plenty demanding. The figure of eight layout rises and falls with the stunning New England scenery, with sweeping corners, blind crests and apexes that are later than the Titanic’s arrival. In particular, clinging on through the fast downhill final corner, with the car seemingly magnetically attracted to the concrete wall on the outside, is a heart attack waiting to happen every single lap. For many years, Richard Burns Rally was considered the high watermark for realism in rally games. Its sophisticated tyre model and suspension calculations made it the closest thing you could get to strapping on a helmet, jumping in a WRC spec Subaru Impreza and instantly voiding your life insurance policy.

Which is why it’s a bit of a puzzle as to how the Mineshaft rally stage snuck into the game at all. At first glance, this Australian stage seems similar to all the rest: a gravel track, some trees, the odd fence to get embarrassingly tangled up in. That is until you launch the car at a ‘caution keep middle jump’ and find yourself hanging in mid air like Wile E Coyote.

This multiple second free-fall is the Mineshaft that gives the stage its name, the sort of huge drop and thudding landing that would have suspension engineers waking up in a cold sweat. In a game that wasn’t short on challenge, if you could make it to the end of this stage in a car that wasn’t shaped like a banana, consider it a victory… 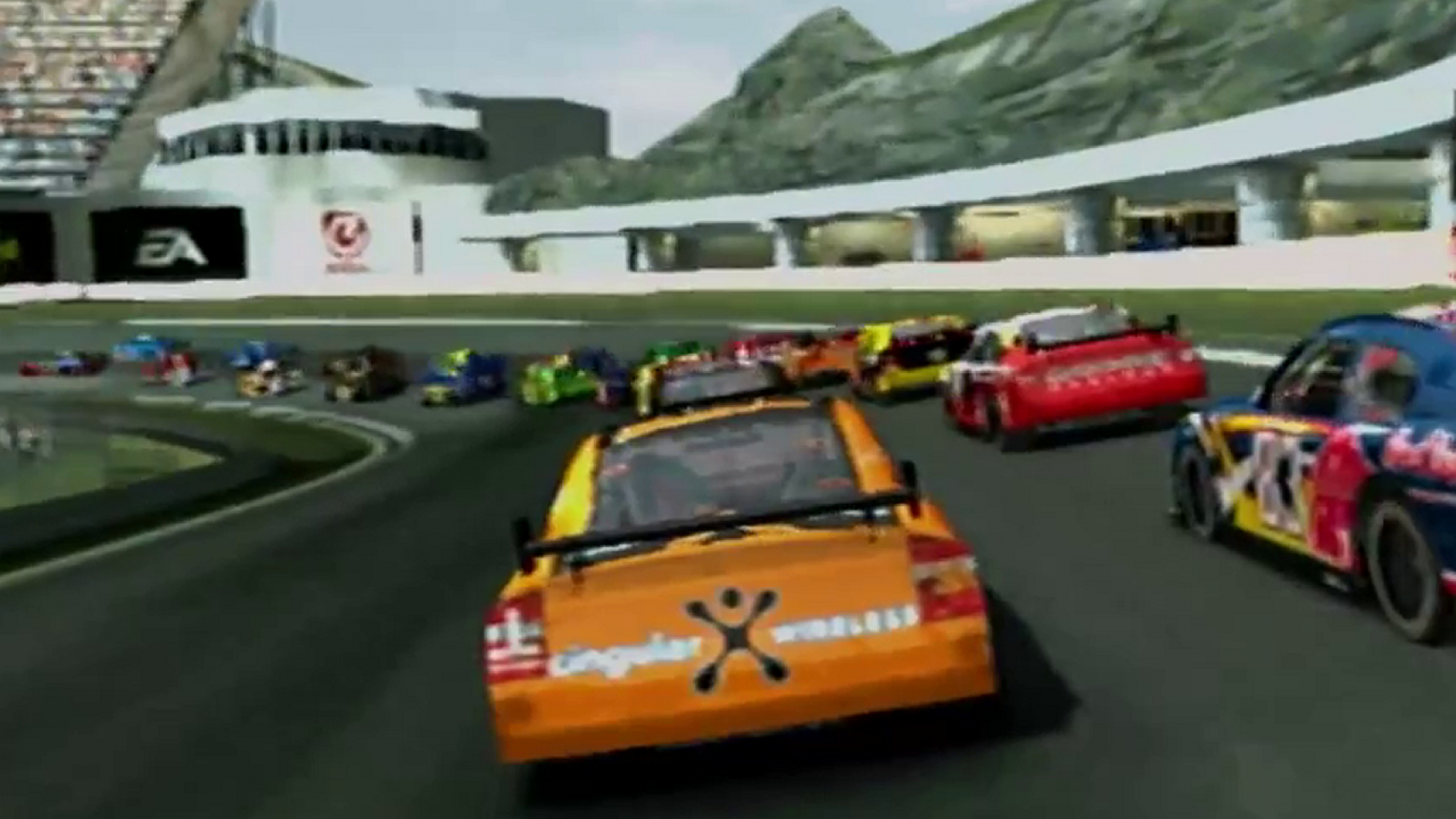 Somewhere along the line, someone at NASCAR must have misheard the old adage as ‘only ever turning left is the spice of life’. If you were EA and in charge of trying to flog a mostly identical NASCAR game full of oval raceways every year, it made sense to introduce a handful of fictional road courses to keep your players from slipping into an unforced mid-race nap.

Of the selection, Boulder Raceway Park was actually good enough to make repeat appearances in EA’s noughties NASCAR games. With its fast, sympathetically cambered corners and luxury hotel setting it was infinitely preferable to another hundred mind-numbing laps around Martinsville Speedway or wherever. A few more circuits like this on the real-life calendar and we might actually sit through a NASCAR race. No promises, though… 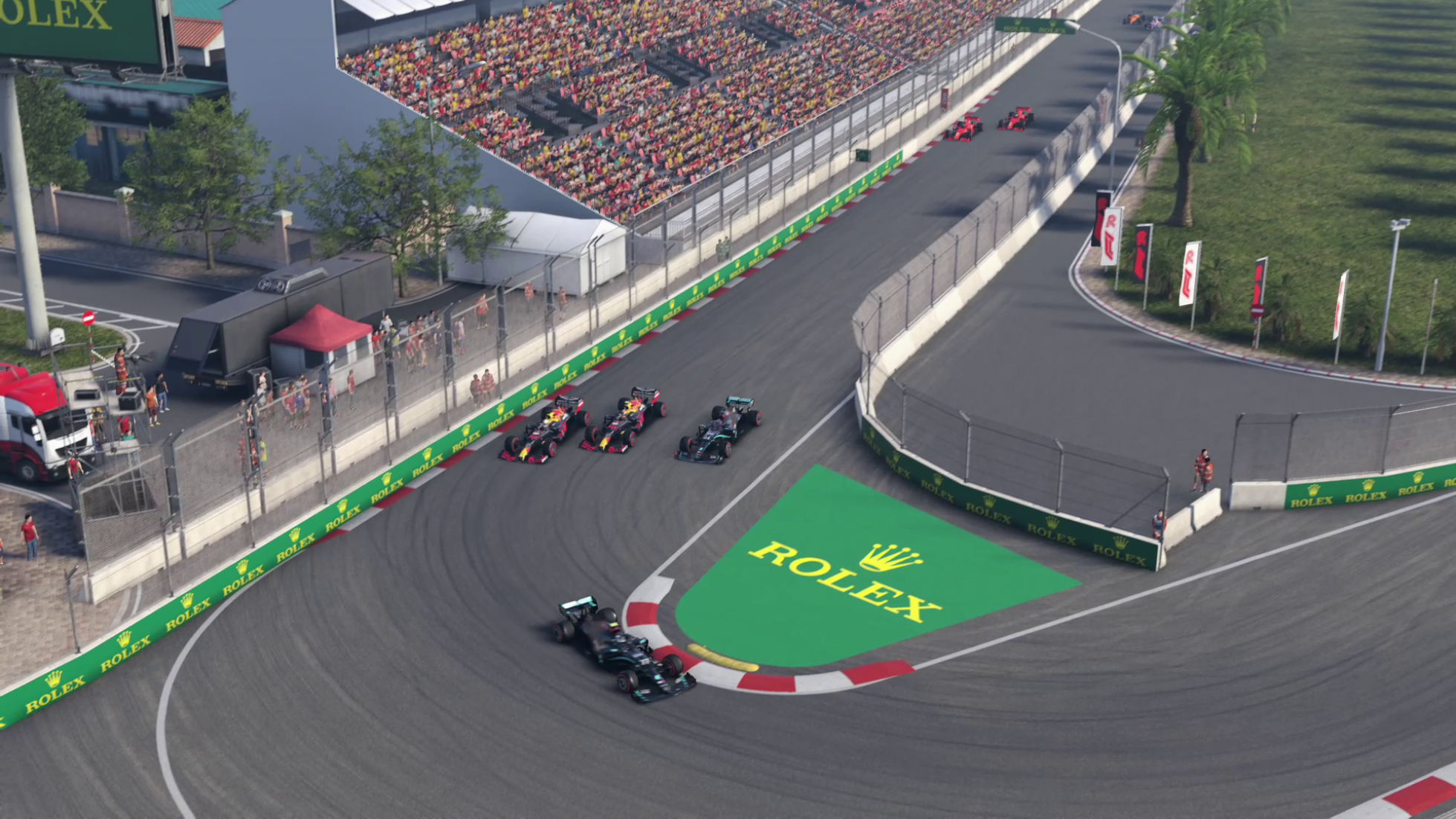 Alright, this one is sort of cheating, because before COVID arrived and set fire to our collective diary, the Hanoi circuit in Vietnam was absolutely intended to be a part of the 2020 Formula One season. The F1 circus never made it to the track during the truncated 2020 race schedule and with one of the key figures involved in the race now under arrest on corruption charges it’s looking increasingly unlikely the Grand Prix will ever take place.

Which is a bit of a shame, because the layout itself is brilliant. It’s a street circuit, with all the close walls and technical corners that entails, but it also features an almost sarcastically massive flat-out section that terminates in a narrow hairpin, a sequence which positively screams at you to attempt an ill-advised overtake.

Not getting to see F1 cars race at the Hanoi circuit in real life isn’t going to rank high on the list of coronavirus tragedies, obviously, but it definitely would have made for an entertaining race. Look on the bright side, though, at least we’ll always have it in F1 2020. Well, until we mercilessly delete the game to make space on our console for the 2021 edition…

Those are our picks, let us know in the comments which are your favourite fictional digital race tracks… 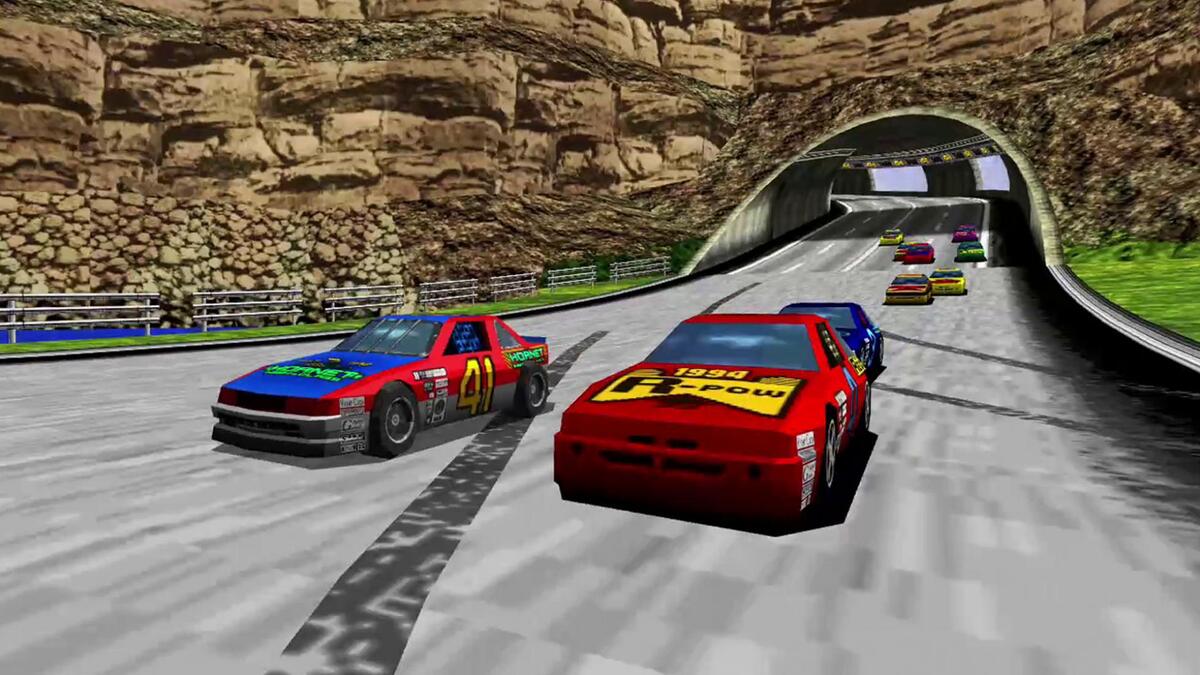 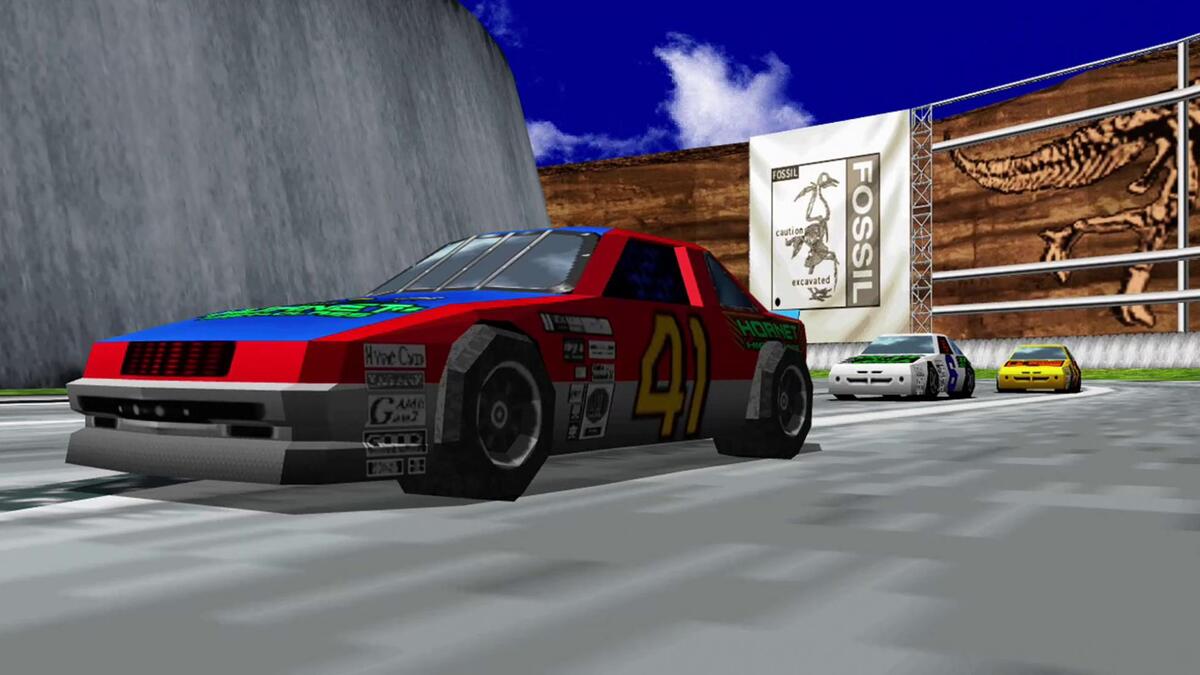 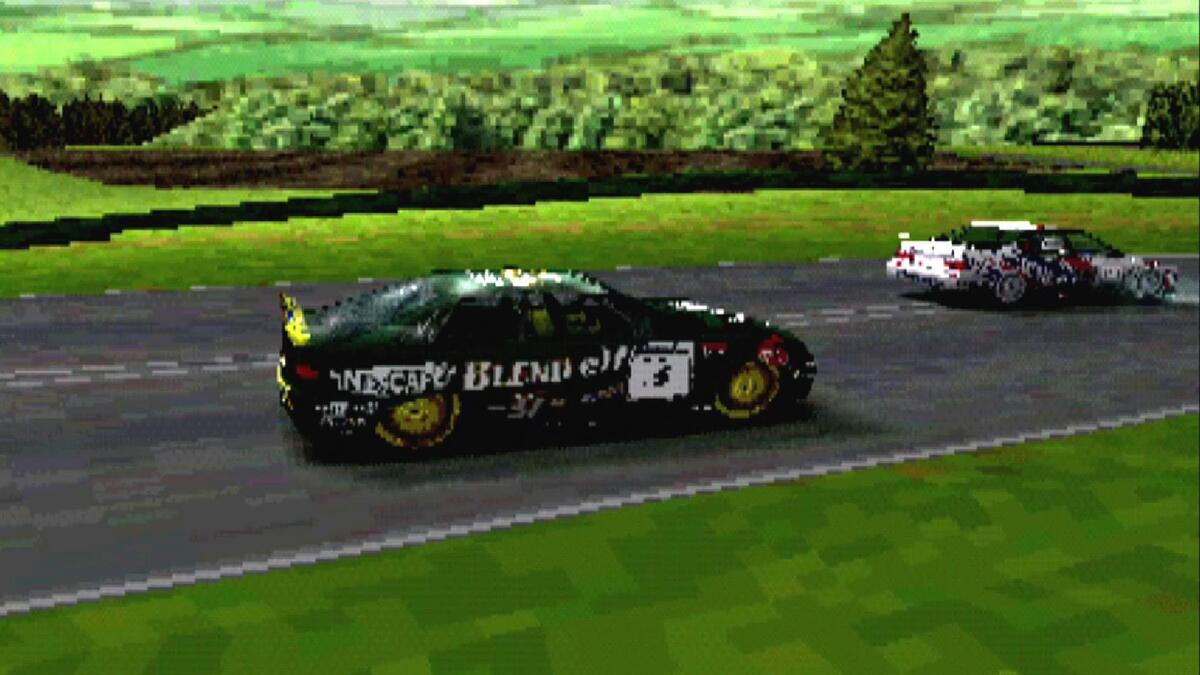 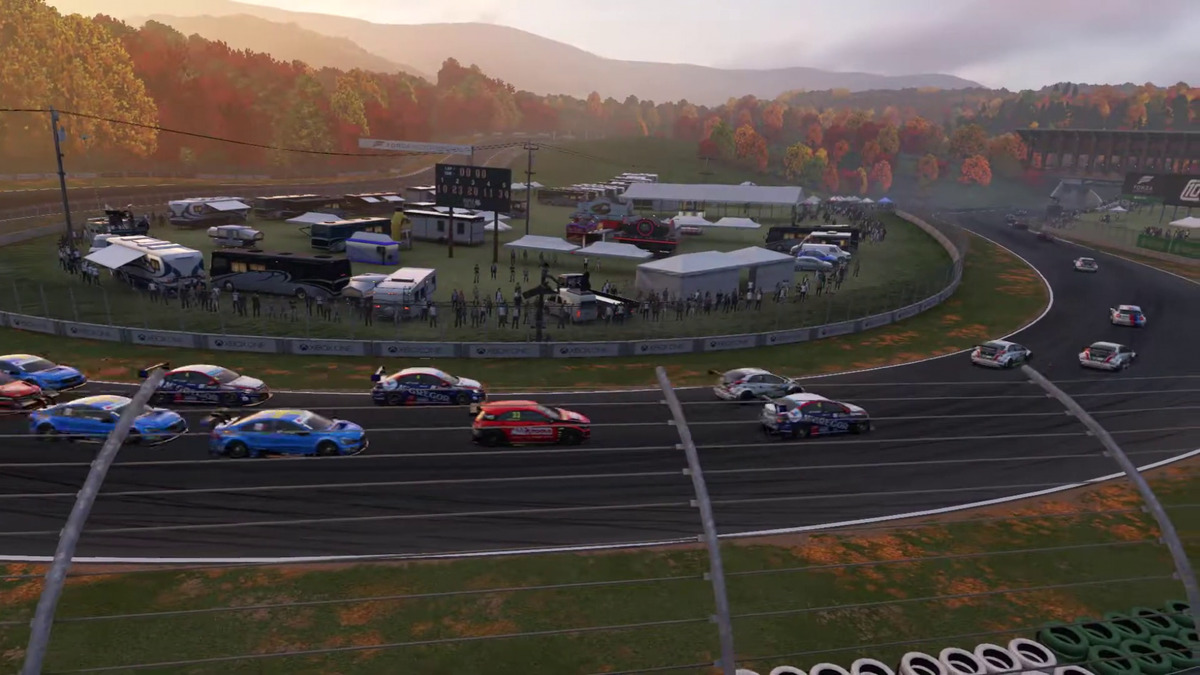 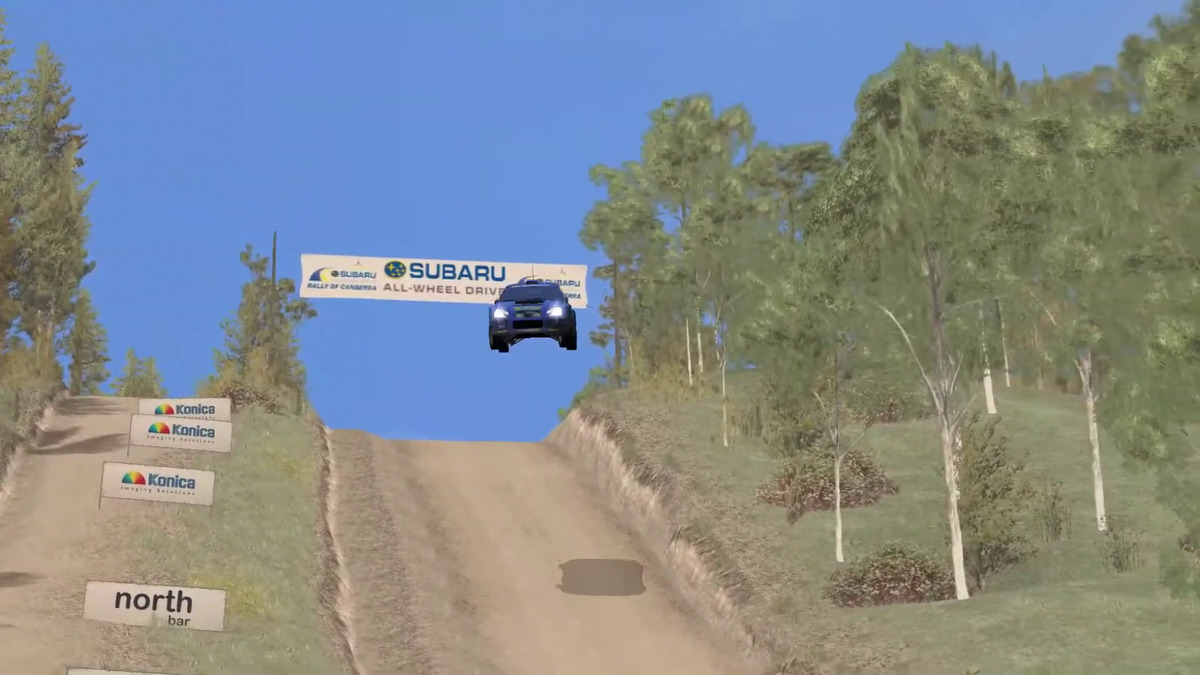 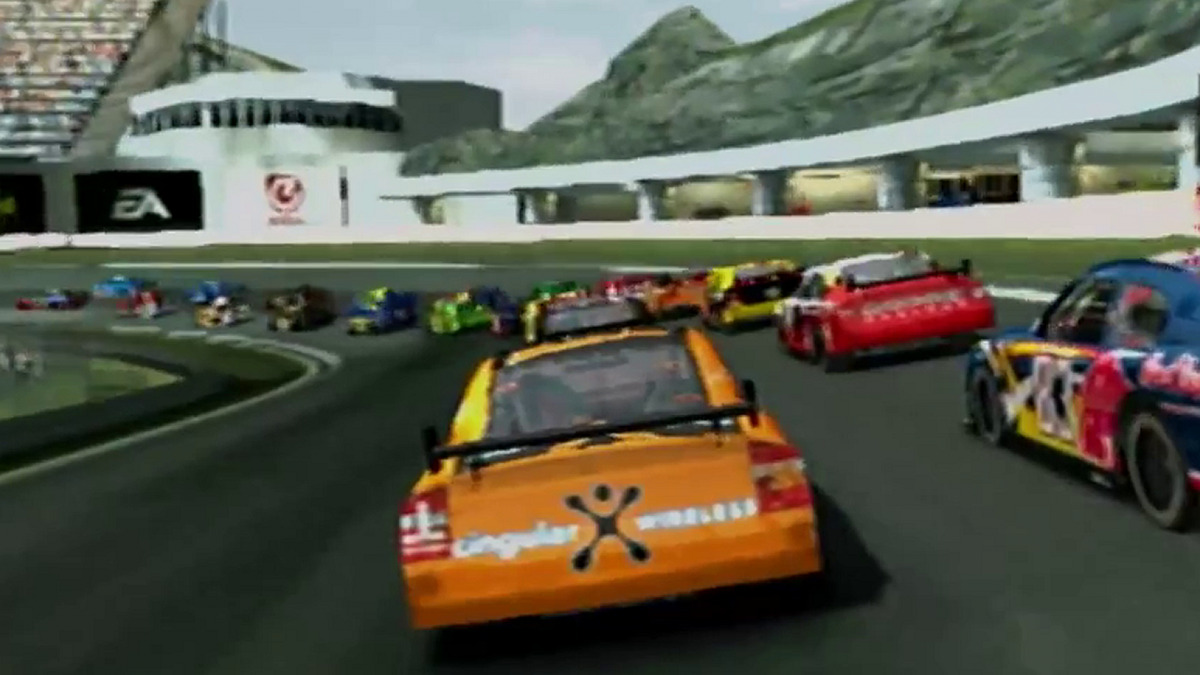