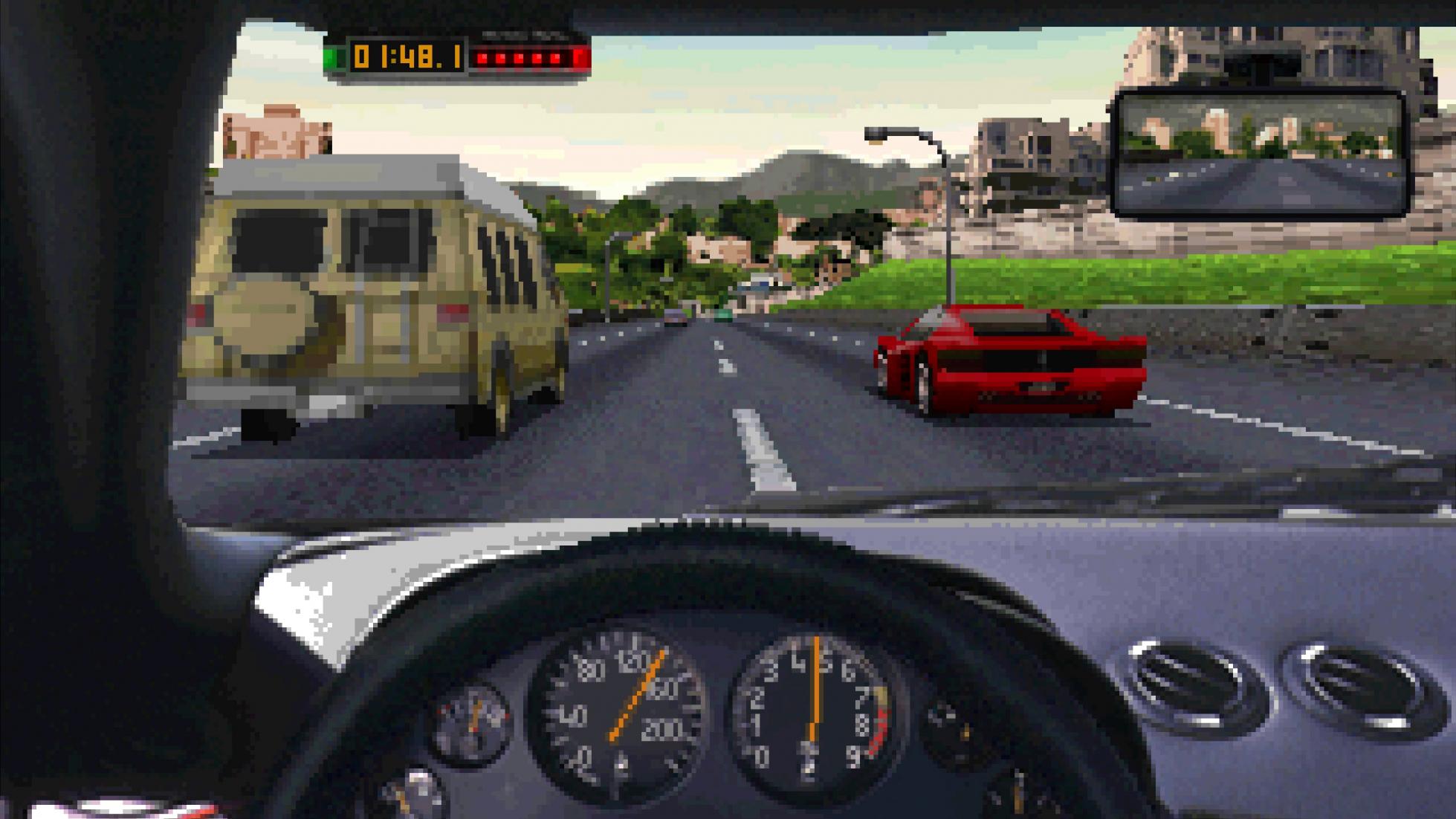 Long before the Need for Speed series became synonymous with fibreglass bodykits, neon underlighting and the sort of paper-thin plotting that even Fast and Furious Tokyo Drift would be ashamed of, there was the first game, initially released on the now forgotten 3DO console. Rather formally titled The Need for Speed, this game instead focussed on supercars, or as they were known at the time ‘exotics’. Something that makes them sound less like cars and more like a breed of rare parakeet. The 90s has a lot to answer for.

Still, you can’t argue with the selection. The headliners were the Ferrari 512TR and Lamborghini Diablo, two of the most trouser troubling cars of the era, but there was a wide variety including the Dodge Viper, Mazda RX-7 and a tragically Acura-branded NSX. To help you choose, each benefited from a gloriously over-the-top sizzle reel of real-life footage, accompanied by wailing guitars, incongruous saxophone and, in the case of the Ferrari, what sounded like a horse in genuine distress.

What the game really captured, though, was the call of the open road, in a similar way to arcade classic Out Run. While there were a handful of closed circuits, three of the locations, Coastal, Alpine and City were longer point-to-point routes. It’s here that you’d be flat out for miles, weaving through traffic, dicing with a single opponent and blowing past the cops at the sort of speeds that would peel the glaze off their donuts.

While the handling was nothing to write home about even at the time, the photographically reproduced dashboards, manual shifting and sampled engine notes allowed you to fantasise that you really were behind the wheel of 200-grand bedroom poster fodder. And there wasn’t a single be-winged, vinyl-wrapped Golf R32 in sight…