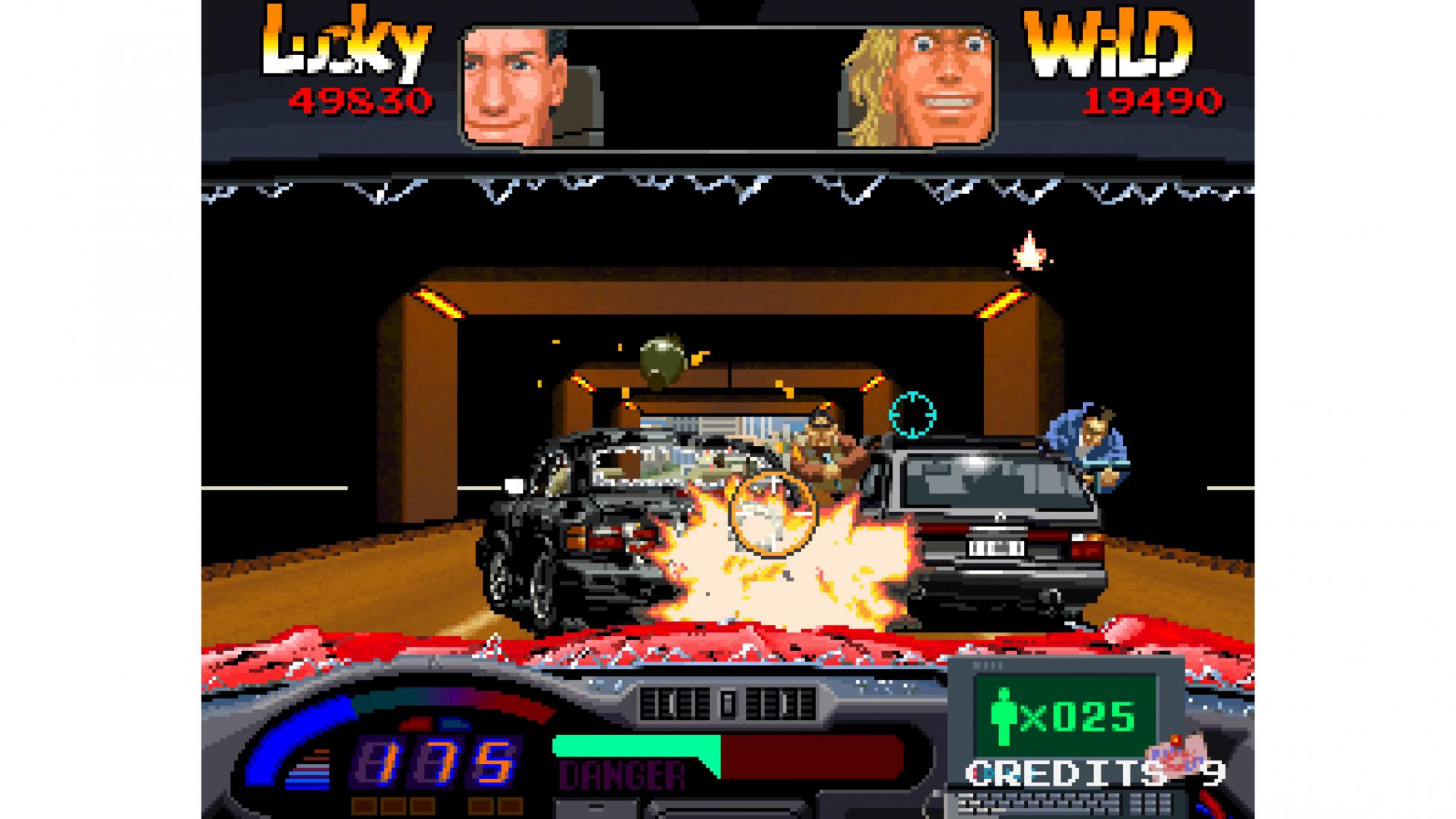 By 1992 arcade cabinets with steering wheel and pedal sets were nothing new and an era of exciting 3D racing games was just around the corner. That’s presumably why Namco chose to innovate with resolutely two-dimensional driving game Lucky & Wild by adding a pair of semi-automatic pistols bolted to the dash. Your move, Daytona USA.

Playing as the titular pair of plain clothes detectives, your job is to ‘investigate’ a drug cartel by bulldozing your way along public roads distributing more lead than a Victorian pencil factory. The genius of the game is that it’s designed for two players, one concentrating solely on shooting with a single gun, the other trying to juggle firearm accuracy with not ploughing the car into the street furniture. This is all accompanied by the gurning cartoon faces of our knock-off Starsky and Hutch heroes in the rear view mirror, probably the game’s most memorable graphical flourish.

Your fleeing suspects might be despicable international criminals, but you have to admire their taste in cars. When you chase down a boss you’ll almost always find yourself tailing a piece of choice metal, such as a 1977 Cadillac Eldorado or a 1981 Mercedes Benz 600 Pullman limo. The endless waves of goons, meanwhile, favour an early 90s 3 Series Touring, because even drug runners appreciate a balance between practicality and performance.

The end result is the sort of unbridled automotive chaos that would raise serious questions about due process and use of force – when the in-car police computer is programmed only to show a running tally of your body count, you know something has gone terribly wrong.

There simply isn’t a problem in Lucky & Wild that can’t be solved with the liberal application of more bullets. Case in point: you can even use your pistols to clear dynamite-bundle time bombs from the car’s bonnet. Makes you wonder why bomb defusal experts even bother getting in and out of the elaborate padded suit.