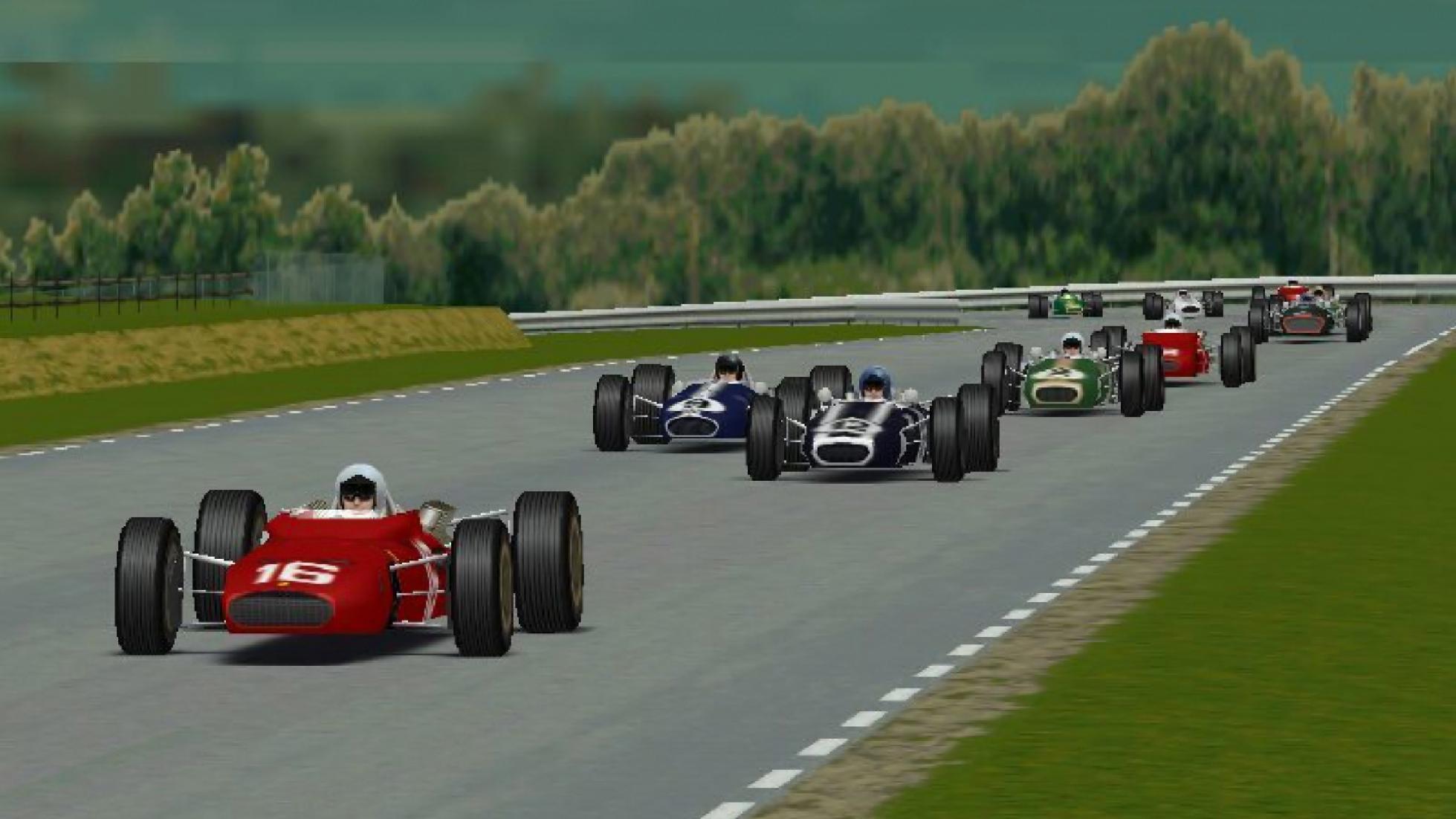 There are few simracing games referred to with the same sort of hushed reverence as Grand Prix Legends. Emulating the 1967 season of Formula One, it transported you via the medium of simplistic textured polygons to one of the most romantic eras of motorsport.

Romantic, because you were very likely to become intimately acquainted with the scenery. Grand Prix Legends was an extremely challenging game, with comically overpowered cars slithering around on cross-ply tyres. Given that most people will have been attempting to play it by pecking at the arrow keys on their keyboard as well, negotiating the high speed Masta kink at the old Spa Francorchamps layout was hairier than Han Solo’s co-pilot.

But it was intoxicating, because this was essentially a motor racing time machine. For the first time a game allowed you to convincingly hustle Jim Clark’s Lotus 49 between the hay bale chicanes at Monte-Carlo harbour or cling to the virtual wheel of a blood red Ferrari 312 as you whistled past trees and hedgerows at the old Monza. It also taught you respect for the drivers of the era and just how fine the margins were between a glorious victory and a massive accident.

Perhaps most significantly, Grand Prix Legends was the genesis of simracing’s obsession with the Nurburgring Nordschleife. Long before Gran Turismo 4 came along, GPL somehow managed to cram the full, terrifying 14 mile circuit into the beige PC box under your desk that you told your parents would help with your homework. Simply surviving a lap without ending up buried nose first somewhere in rural Germany was a titanic achievement.

Grand Prix Legends is so beloved, in fact, that teams of industrious fans have spent thousands of hours creating modifications that improve the graphics and bring this two decade old game up to something approaching a modern standard. Us? That’s about as long as it took to complete that first lap around the Ring.