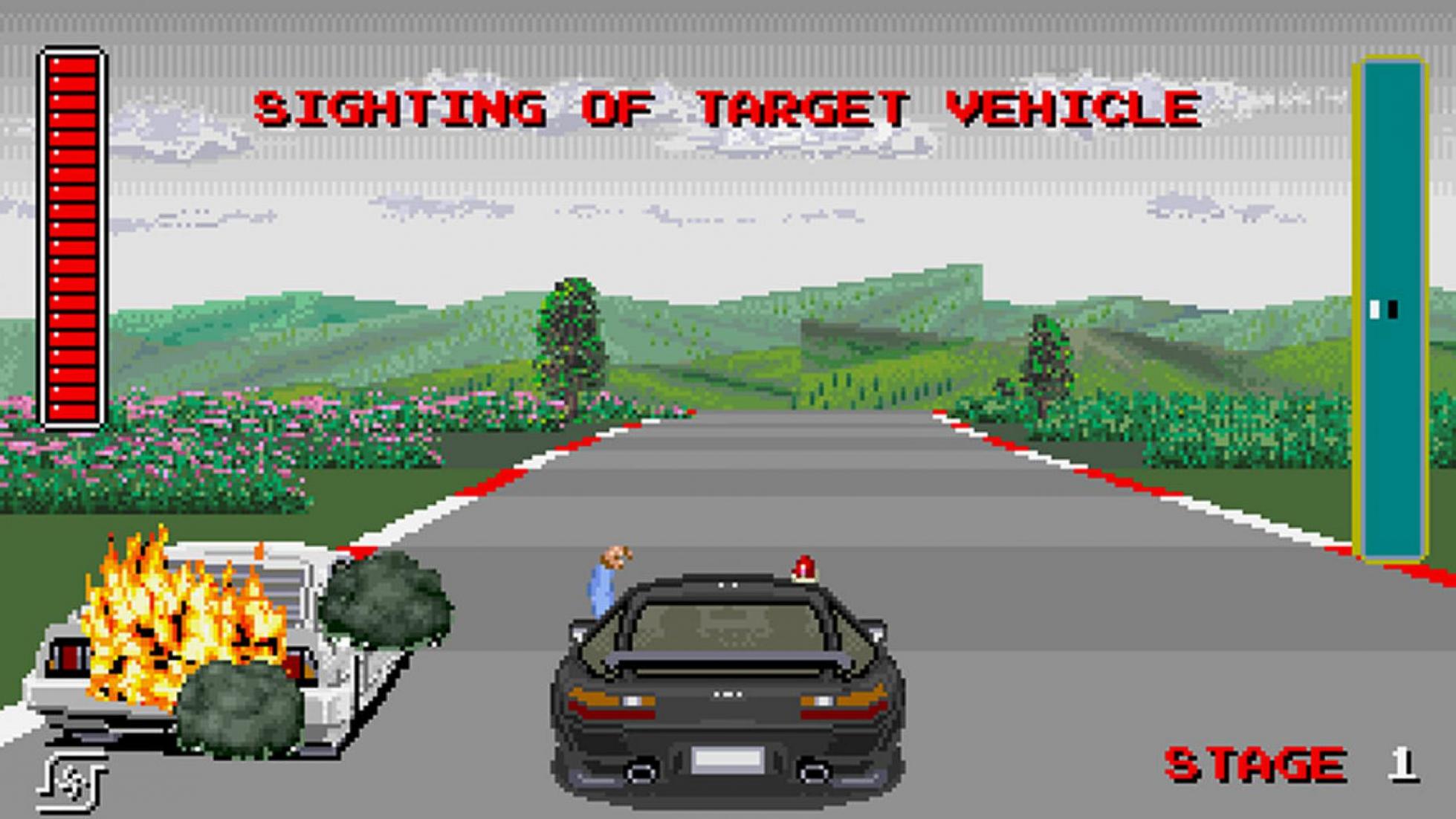 Long before Grand Theft Auto popularised the videogame crime spree, Chase HQ had you playing on the right side of the law as an undercover cop called Tony Gibson. Joining Gibson was his trusty partner Raymond Brady and, more importantly, his other trusty partner: a Porsche 928 with a big red nitrous button on the gear selector.

Nancy at the titular Chase Headquarters would dish out a mission over the Police band and then you’d head off in breakneck pursuit of a series of increasingly exotic 80s sports cars including a Lotus Esprit, a Lamborghini Countach and a Ferrari 288 GTO. If nothing else, these offenders had excellent taste.

The first half of a stage played out much like any other arcade racer, with you weaving through traffic to a tight time limit. Close in on your target within 60 seconds and a handy arrow indicating ‘Criminals Here’ appeared, the police light was slapped on the roof and then it was your job to bring the suspect to a halt safely and with a minimum of damage to public property.

As if. This is a 1980s arcade videogame, so you can forget the precision elegance of a well-timed PIT manoeuvre. Stopping a perp in Chase HQ was all about repeatedly ramming into your target at high speed until their vehicle burst into flames and then hauling their sorry, law-breaking ass out of the smoking wreckage. This makes World’s Wildest Police Videos look like World’s Mildest Police Videos.

Chase HQ was followed up by several arcade sequels, including one in 1992 called Super Chase: Criminal Termination, which suggests that the department’s already questionable methods had only escalated in the intervening years. Still, when it comes to uses of taxpayers’ money, we’ve got a grudging respect for any police force that heads straight to the Porsche dealership…