MCO again? Here are eight car movies you can watch from home 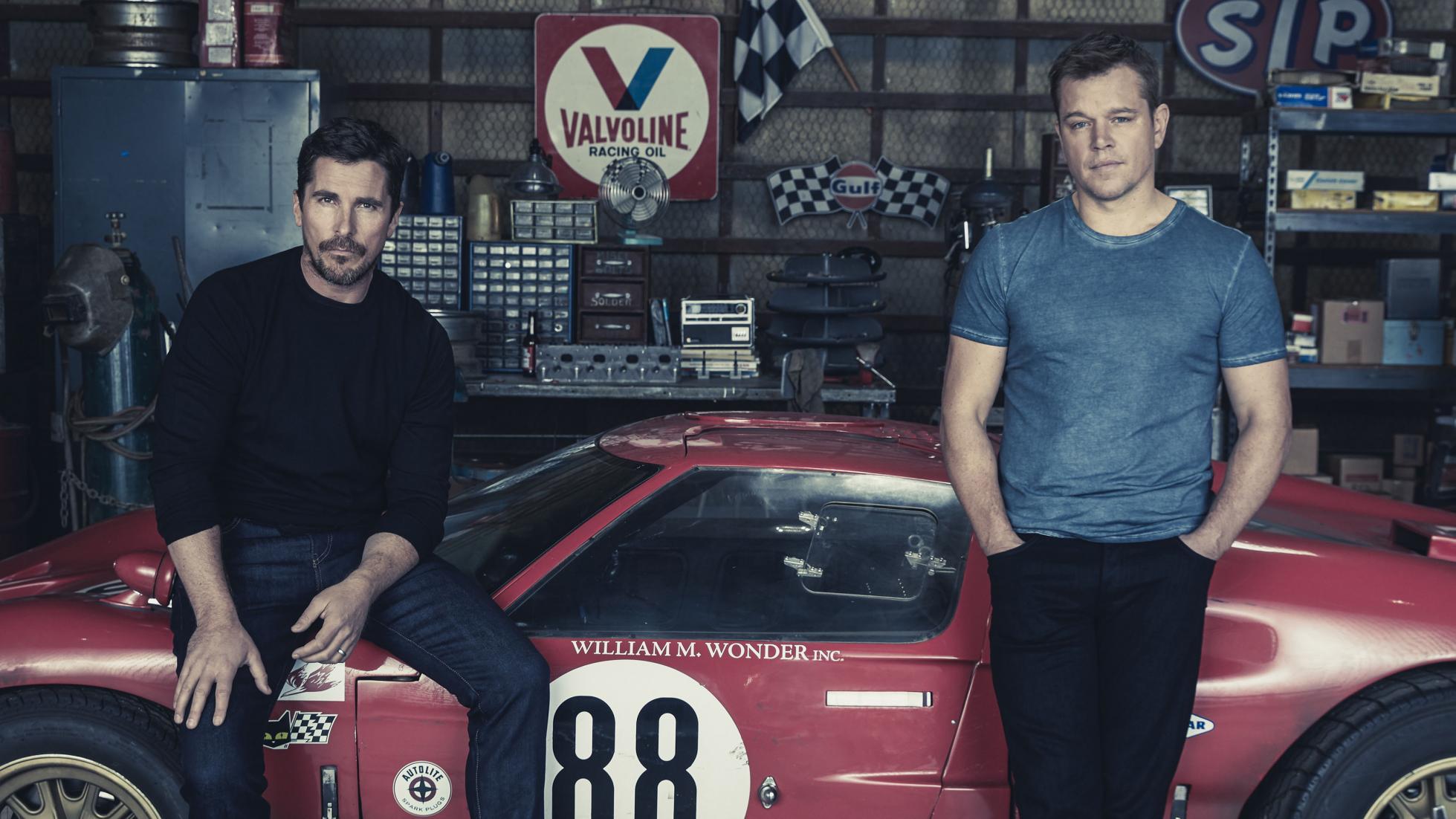 It’s MCO again! Well, for some of us that is. If you’re living in the Klang Valley or anywhere else with tightened restrictions, it means you cannot go out for non-essentials including movie nights. Fortunately, there’s a wide variety of car movies – or movies with memorable cars – that you can still watch from the comfort of your home.

A 21st-century retelling of the classic rivalry between Ferrari and Ford in the 1966 24 Hours of Le Mans, this is one hell of a thriller. After the rivalry is sparked by Enzo Ferrari triggering both Ford and Henry Ford II, the Ford GT40 saw the light of day to take the fight to Ferrari.

Starring Matt Damon as Carroll Shelby and Christian Bale as Ken Miles, this epic thriller takes you on a high-speed ride down the infamous Mulsanne Straight of Le Mans where the GT40 keeps Ferrari honest. The most heart-stopping moment transpires when Miles GT40’s brakes fail as he duels with Ferrari’s Lorenzo Bandini piloting the Ferrari 330 P3. What happened next is history, with a touch of movie magic. 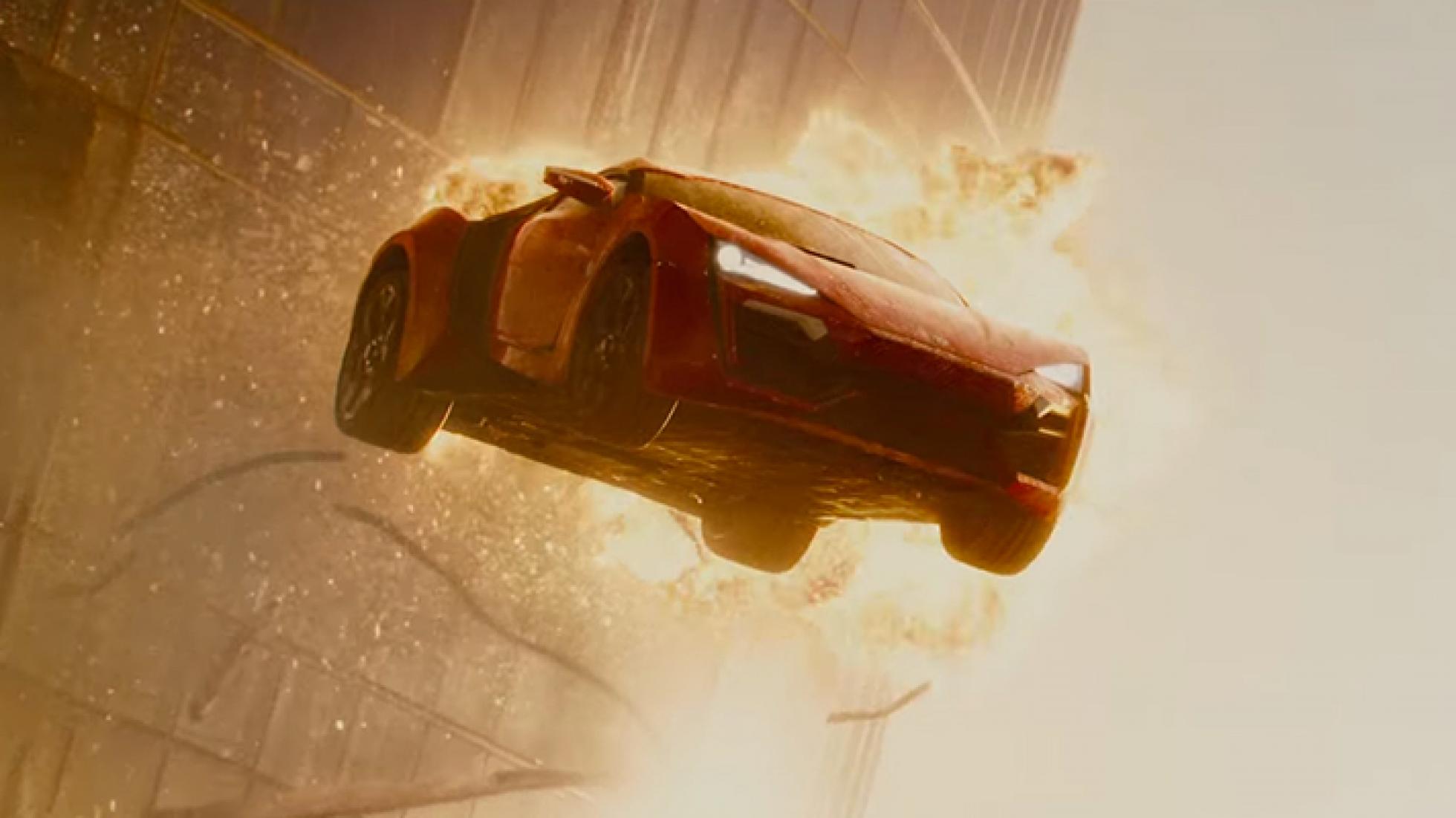 The seventh instalment of the Fast & Furious franchise is best remembered as the last one featuring Paul Walker, who was tragically killed in a car accident in 2013. A bulk of the film itself was dedicated to the late actor.

340 cars were used in the movie’s production with over 230 cars destroyed in the process. This included movie replicas of the Lykan HyperSport, which costs a mouth-watering US$3.4 million in real life.

As per the franchise’s norm, jaw-dropping stunts are abundant. A Lockheed C-130 Hercules air-dropping cars from 12,000 feet is certainly quite a sight 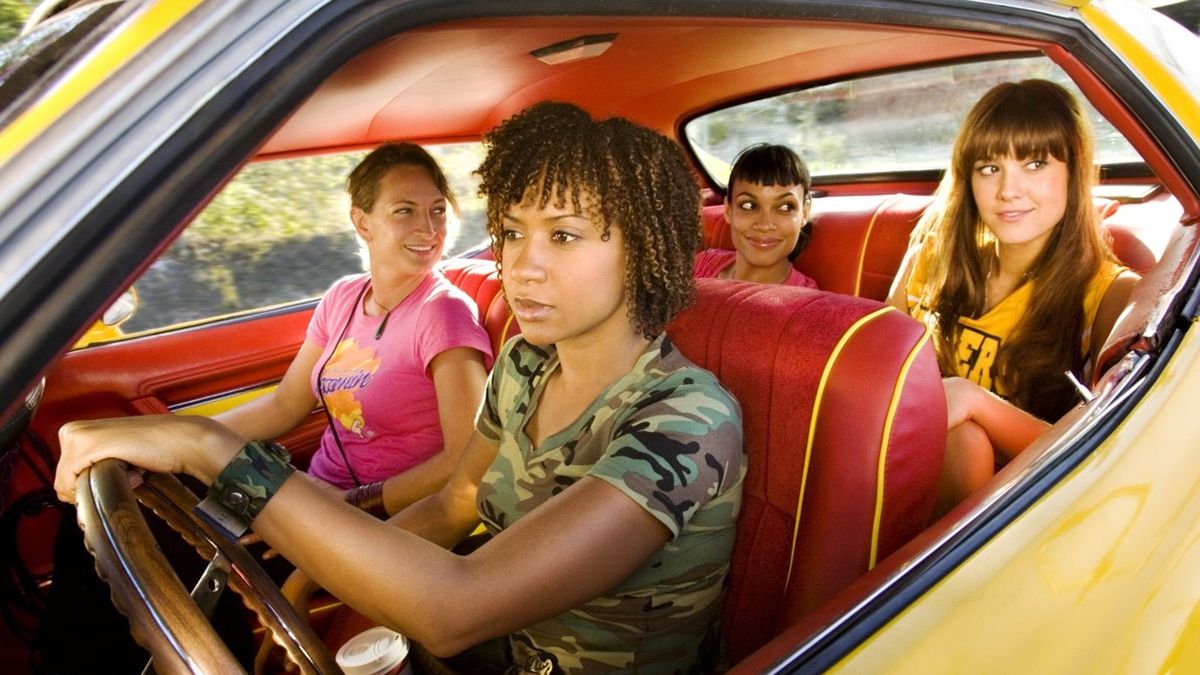 Quentin Tarantino’s slasher film is crazed, yet full of adrenaline high-speed car chases featuring the 1969 Dodge Charger driven by Kurt Russell (as the deranged “Stuntman Mike”) and a 1971 Dodge Challenger. The latter was driven by Sydney Tamiia Porter, with co-stars Zoe Bell and Rosario Dawson onboard.

Tarantino’s cult classic followed a group of young women pursued by the sinister Stuntman Mike, who used his “death proof” Charger as a weapon to murder unsuspecting young women while allowing the crazed stuntman to escape unscathed. 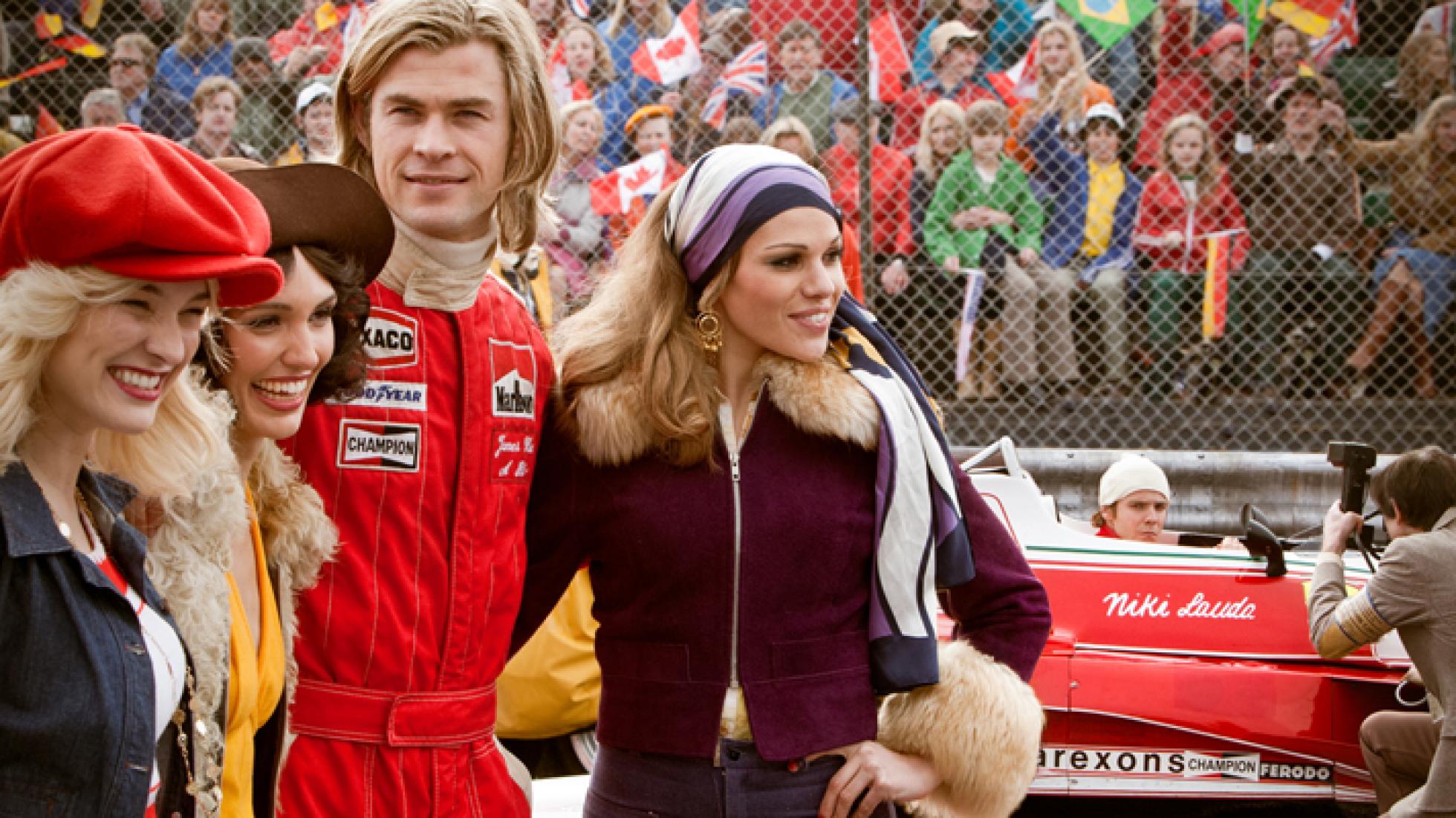 The legendary rivalry between the late James Hunt and Niki Lauda was immortalised in this epic 2013 film directed by Ron Howard. Featuring Chris Hemsworth as Hunt and Daniel Bruhl as Lauda, this epic motor racing film recounts the 1976 F1 season with the former racing in the flat-12 Ferrari 312 T2 and the latter in the Ford-Cosworth V8-powered McLaren M23D respectively.

Rush is an epic retelling of Lauda’s dominance in the first two races of the 1976 season, heartbreaking disqualification and even off-track matrimonial relationship that complicates the on-track lives of the pair of rivals. Lauda’s near-death accident at the Nordschleife and the rain-soaked Japanese Grand Prix etches some of the most heart-stopping moments of F1 history in the hearts of movie-goers the world over.

A car movie is not complete without its hero chasing down the villain in the same car, right? The Highwaymen ticks both boxes with an antiquated twist. Yes, this particular film was set during the 1934 “public enemy era” depicting the notorious criminal couple, Bonnie Parker (played by Emily Brobst) and Clyde Barrow (played by Edward Bossert).

The couple can be seen driving around in a 1934 Ford flathead V8 as they carry out their violent robberies around Texas. The same car was used by the two former Texas Rangers, Frank Hamer (played by Kevin Costner) and Maney Gault (played by Woody Harrelson), in their pursuit of the criminal couple. 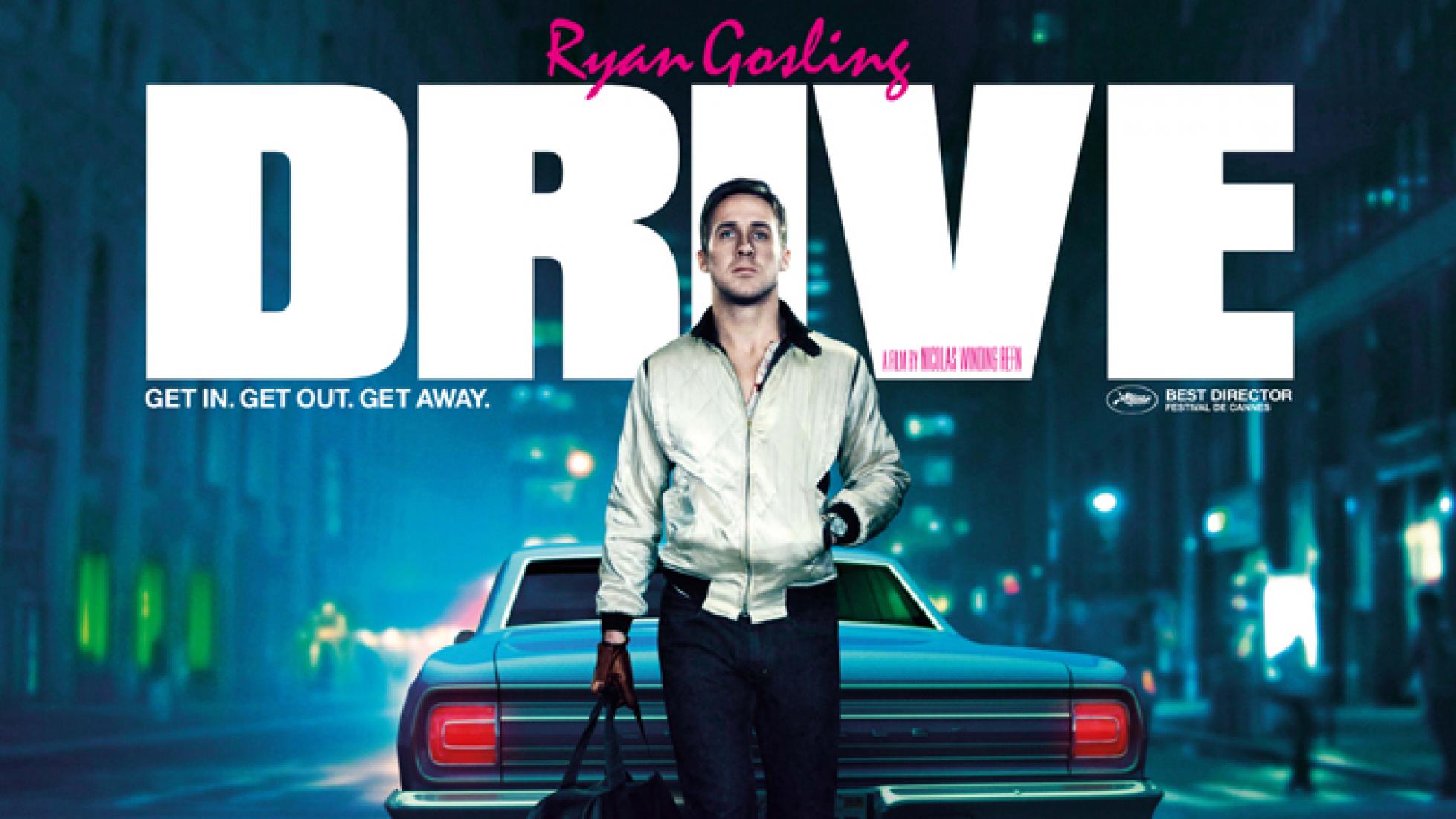 What’s more interesting: an unnamed Driver (played by Ryan Gosling) moonlighting as a getaway driver; or the fact that the movie car, a 1973 Chevrolet Chevelle Malibu, was bought straight from a junkyard for $2,000 for the film’s purpose?

The Chevelle was rebuilt by Gosling for the film, where his character doubled as a mechanic and late-night criminal-for-hire getaway driver. The significance to this particular model is that it’s actually the last car to be directly developed by John DeLorean, who was Chevrolet’s General Manager right up till September 1972. One more interesting fact: this particular generation is the last model to carry the Chevelle nameplate before it was dropped for good in 1977 to make way for the Malibu. 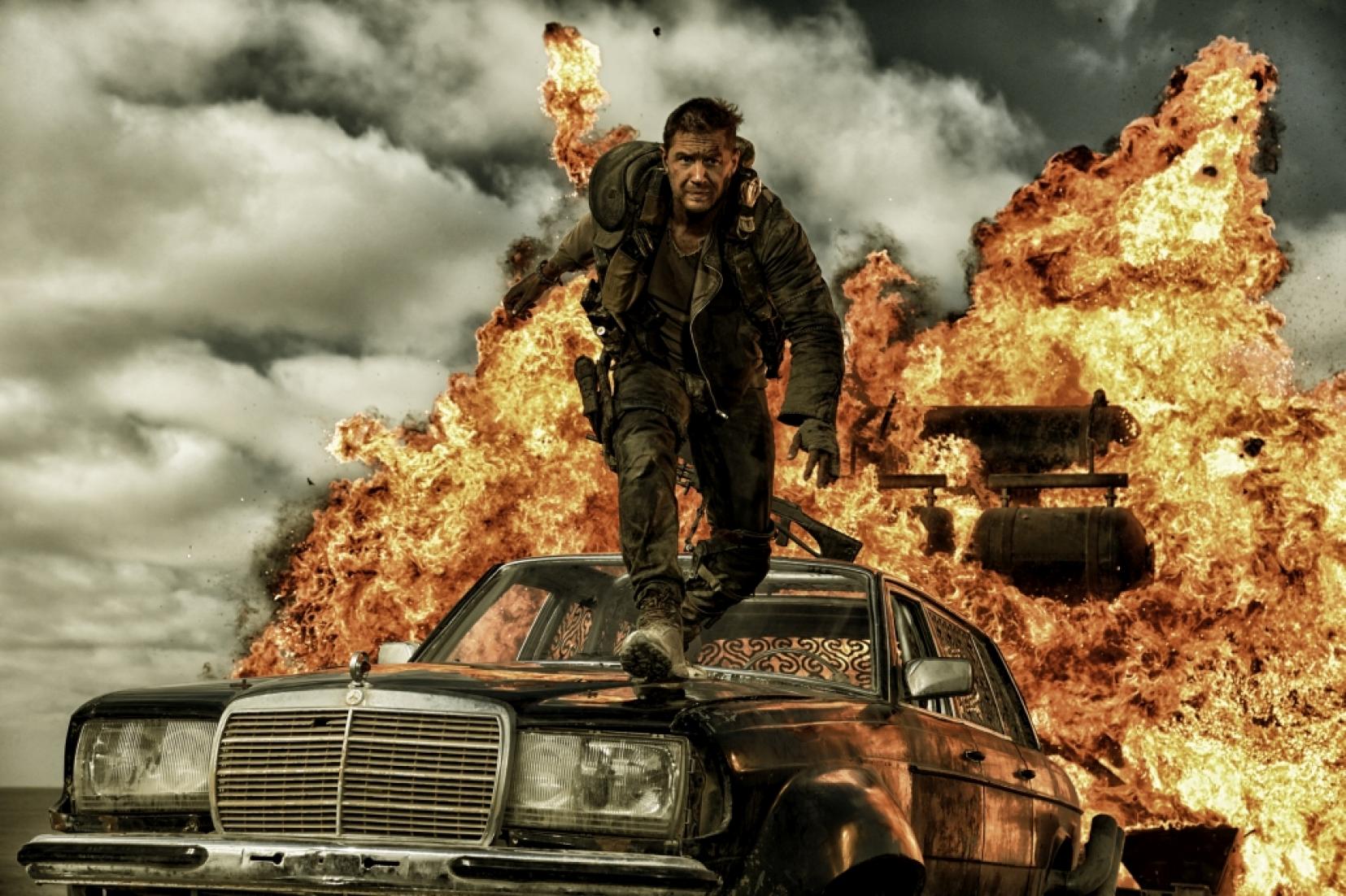 When Tom Hardy finds himself stranded in the middle of a barren wasteland in a post-apocalyptic world, it is a survival of the fittest for his character, Max Rockatansky. To survive, he needs a sturdy four-wheeled ‘weapon’ in the form of a 1974 Ford Falcon XB GT.

Modified with lots of armour plating for the movie, The Falcon XB was produced between 1973 to 1976 exclusively for the Australian market. A straightforward muscle car with a leaf-sprung solid rear axle, it features an Australian-built 300hp pushrod V8 to go toe-to-toe with the sinister-looking Gigahorse, a behemoth driven by the antagonist, Hugh Keays Byrne (as Immortan Joe).

The Gigahorse was created by welding two separate bodies of the 1959 Cadillac Coupe DeVille and mounting them atop a colossal truck chassis flanked by two turbocharged V8 engines. The result? A hulking piece of metal that looks like an overly jacked-up monster truck. 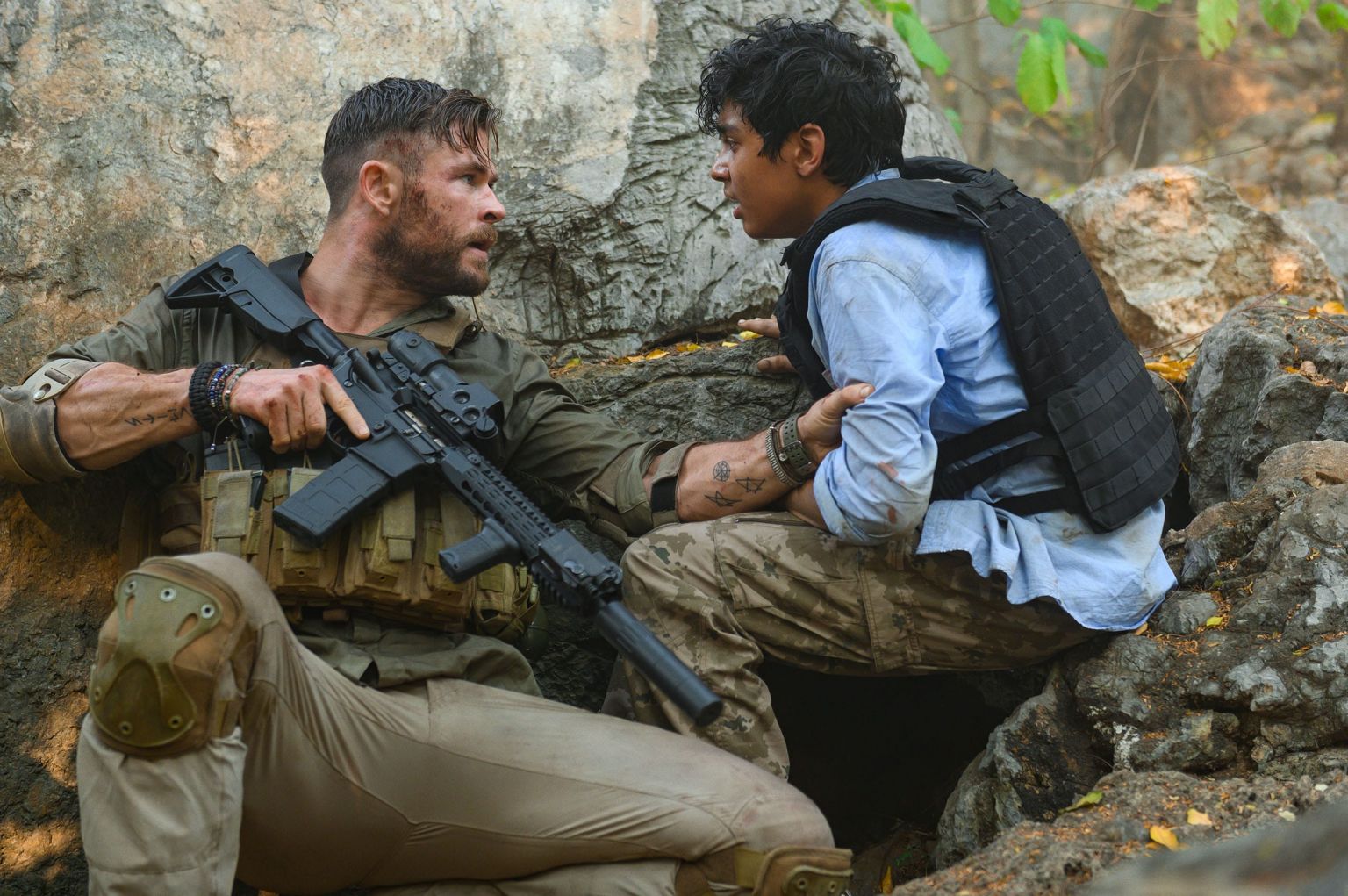 As a genre per se, the Chris Hemsworth-starred film is not purely all about glamourous exotic cars or adrenaline-pumping racing cars; rather there’s a shooting scene that features a short cameo of Proton Savvy, Satria Neo and Saga. Before you jump in excitement, the Proton trio wasn’t a hero car, but rather was used as a shield from the spray of bullets.

The significance behind the Proton trio’s cameo is mainly because the film was shot in Bangladesh and largely in Ratchaburi, Thailand where the Satria Neo and Savvy are sold; Proton is represented by PHP Automobile in Bangladesh where the Preve is also assembled.