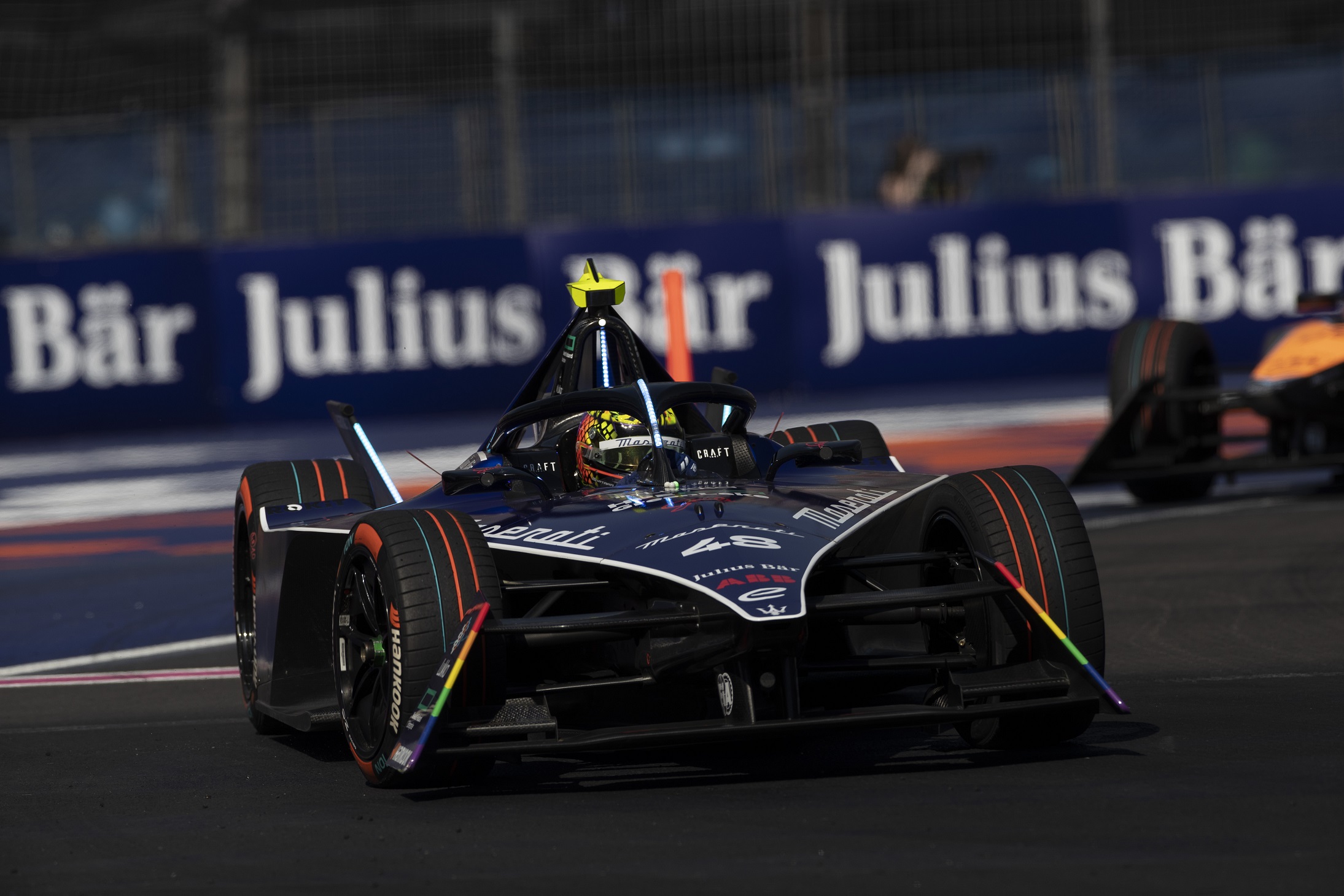 Maserati MSG Racing accelerated into a new era for Formula E at the Mexico City E-Prix, with the team narrowly missing out on the top 10 at the Autódromo Hermanos Rodríguez.

A challenging qualifying session – which saw both drivers fall short of the Duel stages – left the duo facing an uphill recovery in the race, in which they started from 16th and 17th.

Edo advanced to 15th on the opening lap by overtaking McLaren’s Rene Rast, although the race was quickly paused when a collision for Robin Frijns brought out the Safety Car.

Action was resumed on lap five but was again halted one lap later when Jaguar’s Sam Bird stopped on track with a technical failure. The field took to green flag running again on lap nine.

Edo and Max overtook a penalised Dan Ticktum during the restart, while the latter also passed Rast, who activated Attack Mode, for 15th.

On lap 18, an unfortunate spin and collision caused by a snap of understeer forced Edo to retire, leaving Max as the team’s sole runner for the remainder of the race.

With a late Attack Mode activation, the German pilot made good progress to threaten for points in the closing laps and overtook DS Penske’s Jean-Eric Vergne on the final tour to finish 11th.

Formula E’s ninth season will continue on January 27th and 28th, with a double-header event on the Riyadh Street Circuit in the UNESCO World Heritage Site of Diriyah.