Lewis Hamilton was set to star as a fighter pilot in Top Gun: Maverick

Lewis Hamilton was set to star as a fighter pilot in Top Gun: Maverick 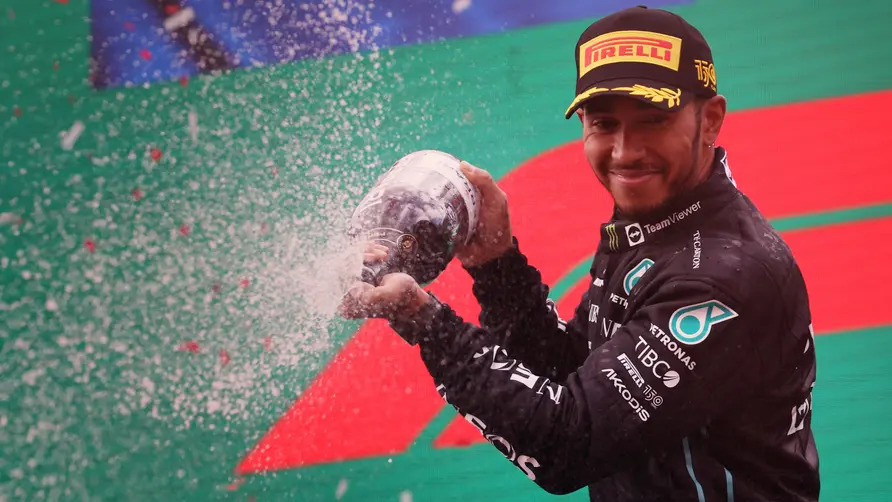 Lewis Hamilton had to make one of the ‘most upsetting’ phone calls he’s ever had to make last year. He had to turn down a starring role in one of the biggest movies of all time.

Speaking to Vanity Fair in a wide-ranging interview covering everything from his early years to last year’s controversial season finale, Hamilton told the publication that once he found out a new Top Gun movie was being made, he just had to be in it.

“When I heard the second one was coming out, I was like ‘oh my God I have to ask him [Tom Cruise]’.

“I said, ‘I don’t care what role it is. I’ll even sweep something, be a cleaner in the back’,” Hamilton said.
Tom Cruise – a friend of Hamilton’s – agreed and was set to put the seven-time Formula One world champion in his movie. Not as a cleaner, but as one of the film’s flying aces. However, the film’s schedule would have clashed with the end of the 2021 Formula One season – something he needed all his focus on.

“I’m a perfectionist,” he said, referring to the fact he wasn’t prepared to give anything less than everything he had into role. He called Cruise and the film’s director Joseph Kosinski and made “the most upsetting call that I think I’ve ever had”.

Still, he’ll team up with Kosinski as a producer on that as-yet untitled F1 movie that’ll feature Brad Pitt.