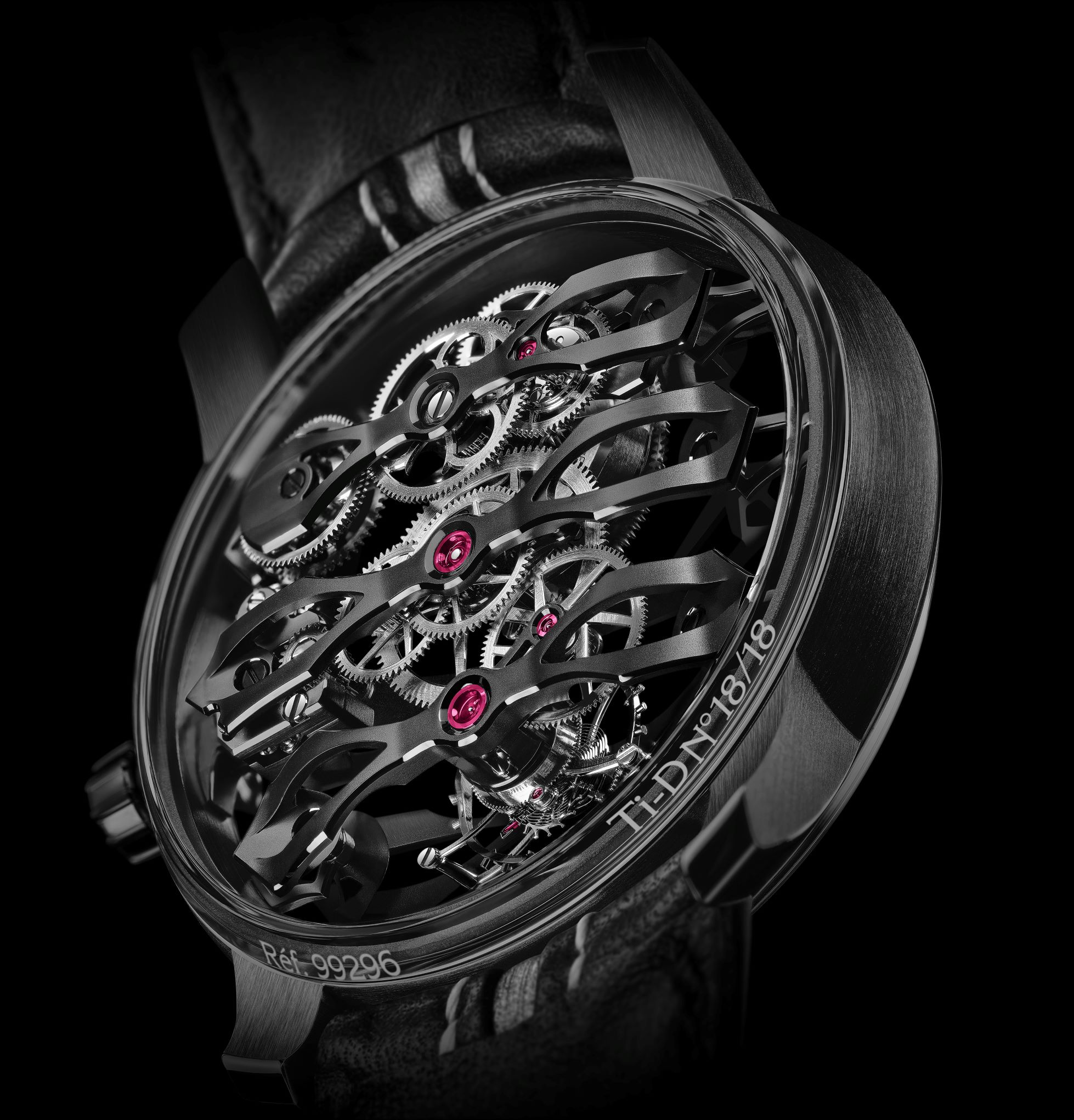 Since the partnership between Girard-Perregaux and Aston Martin was announced in February 2021, the cooperation between the two parties to this point has largely been limited to advertising and sponsorship collaborations.

This latest model celebrates the iconic Three Bridges pocket watch from the 19th century in a decidedly contemporary way, down to the smallest details, including the strap. The latter is a world premiere, presented in black calf leather and featuring Girard-Perregaux Rubber Alloy, an innovative rubber insert injected with white gold. The design of the strap is intended to evoke thoughts of Aston Martin racing cars of the past.

In addition, the 44-millimetre case of this timepiece is formed by Grade 5 titanium, a strong, hypoallergenic alloy selected by Aston Martin for its lightweight properties. It is suffused with black diamond-like carbon (DLC), bestowing the watch with a stealthy appearance.

The barrel, positioned at 12 o’clock, is open worked, affording partial views of the mainspring. A white gold micro-rotor, positioned beneath the barrel, energises the mainspring and, unlike most automatic watches, it grants unobstructed views of the movement. The car company’s name is engraved on the vertical flank of the micro-rotor and is filled with white luminescent treatment which appears blue in restricted light

According to Patrick Pruniaux, CEO of Girard-Perregaux: “We are delighted to partner with Aston Martin, entrusting their team with arguably our most iconic timepiece, delivering a fresh perspective on Haute Horlogerie. Rarely do we work with others to reinterpret the Three Bridges, however, on this occasion, we have made an exception, mindful of Aston Martin’s prowess for design.

Marek Reichman, Aston Martin Executive Vice President and Chief Creative Officer adds: "The greatest of the challenges we faced with the design of this new timepiece were those of scale, as you can imagine. We had to consider lines and proportion on a far smaller scale than we are used to in the realm of automotive design. That said, good design is good design, whether it is a watch or a car, the principles remain the same.

The Tourbillon with Three Flying Bridges – Aston Martin Edition is limited to just 18 pieces worldwide, but is readily available for purchase at all authorised Girard-Perregaux retailers. 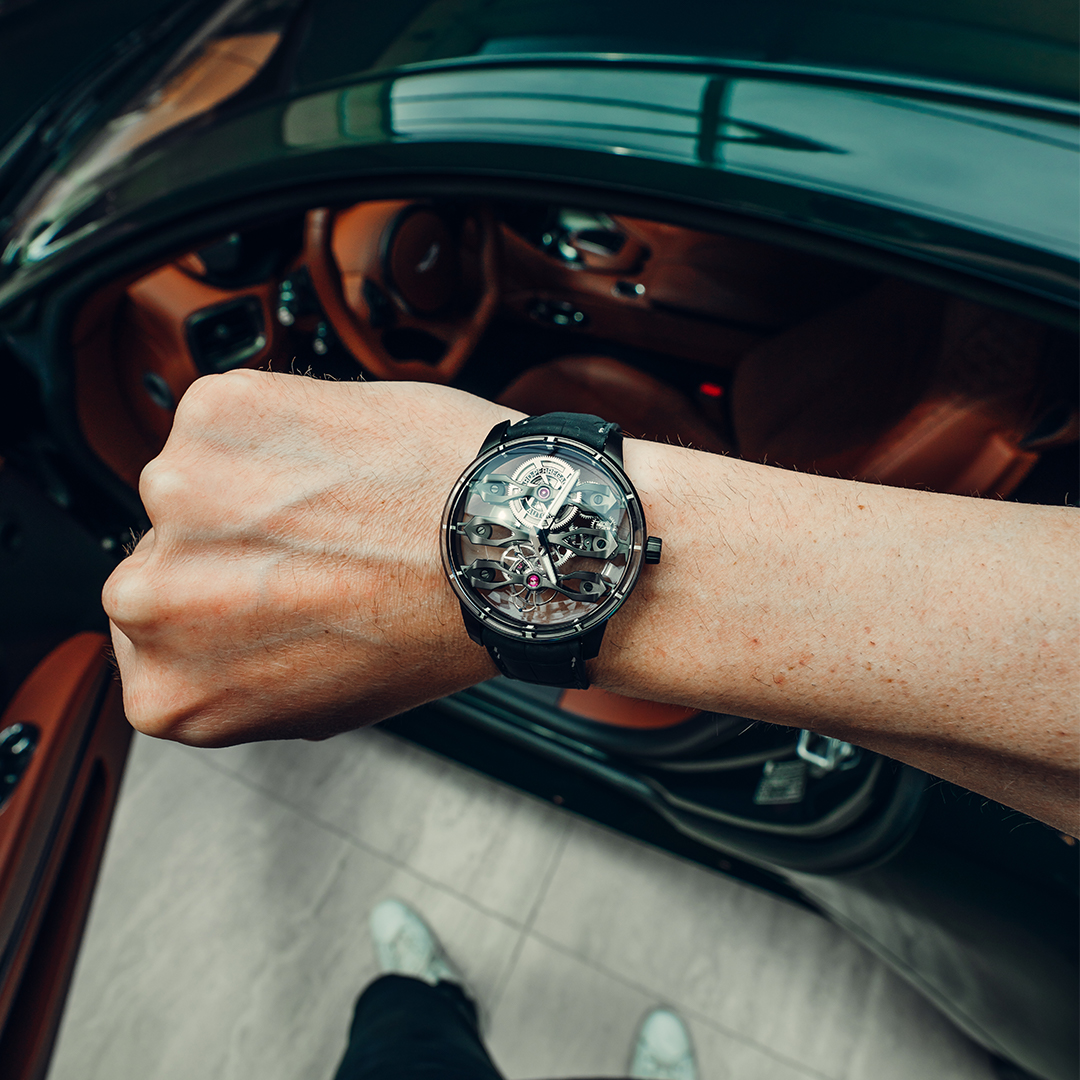