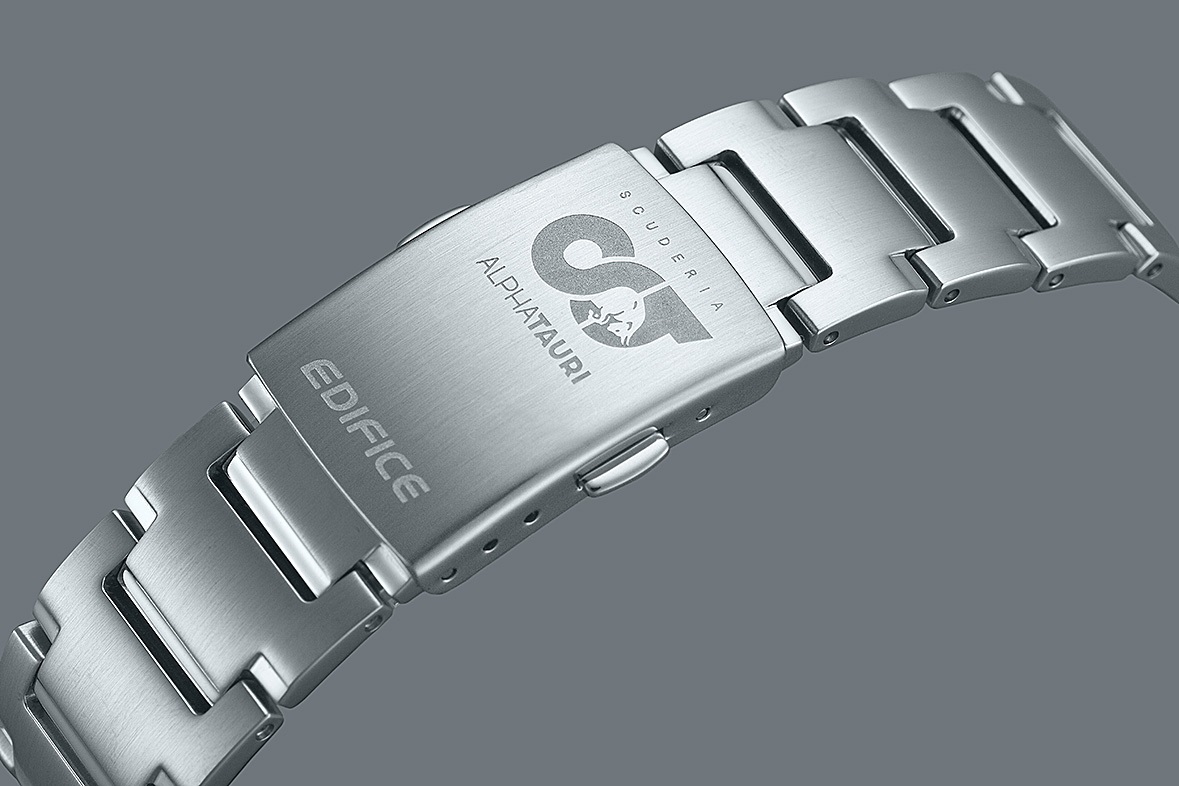 Casio Malaysia has added three new additions to its Edifice high-performance chronograph range, namely the EQB-1000AT, ECB-10AT and EFS-S590AT. The trio marks Casio’s second consecutive collaboration with the Scuderia AlphaTauri F1 Team, which is represented by the outfit’s colours and liberal use of carbon fibre – 6,000 fibres to be specific.

The 6K carbon that’s also used in the wings and floors of race cars can be found on the dial and bezel of the EQB-1000AT, the dial of the ECB-10AT, and the dial’s inner ring of the EFS-S590AT. All three 6K carbon models feature the team’s navy-blue colour and its logo emblazoned on the dials, case backs, and band loops of the watches. The glass of the face dial is made of robust sapphire crystals that offer superior scratch resistance.

Specific to the EQB-1000AT and ECB-10AT, the time can be automatically calibrated when paired with a smartphone app. The time set is based on a preset selection of 300 cities worldwide-ideal for those whose job requires them to travel a lot. Unlike the ECB-10AT, the EQB-1000AT and EFS-S590AT are powered by Casio’s Tough Solar power system, meaning the battery draws its power from sunlight.