Jaguar calls its SUV the F-Pace 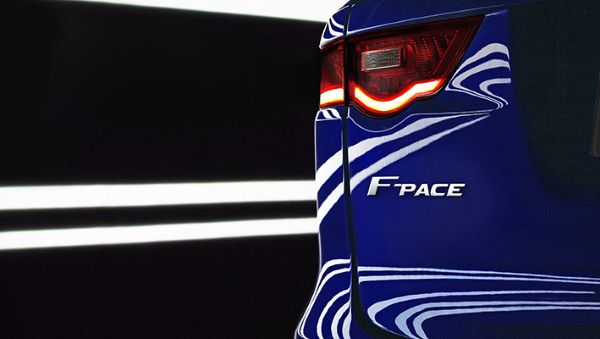 Jaguar's SUV is on its way, for sale early next year. And it's called the F-Pace.

Odd name, you may think. The F refers to the F-Type as a reminder it's sporty, even if it's a crossover. And the Pace? Your guess is as good as ours, but Jaguar does cite its founding ideals of 'Grace, Pace and Space'. Here's hoping an F-Grace and F-Space aren't lurking on the horizon, though.

We've only had a severely cropped-in glimpse of its badge so far, but the rest of the car will resemble the C-X17 concept we drove in 2013.

OK, Jaguar's design director Ian Callum cautioned the production car won't be an exact replica of the concept. Jag has often taken the industry-standard approach of designing a production car and then in the interval before sales start doing a jazzed-up 'concept' version to get us slathering.

Instead, the CX-17 was done first as a true concept, he claims. "A concept has to have the volume turned up. So the production car isn't identical. Every surface has changed, though you will recognise it."

Callum explains his way of moving the F-Pace away from generic crossover-ness."I told the team, don't take the attributes of a crossover and wrap a Jaguar around them. No, start with a Jaguar and put crossover attributes onto that."

We'll see the success of the approach when the whole car is unveiled this autumn.

Callum explains further. "The F-Pace represents a perfectly judged balance of style, performance and practicality. It offers a unique combination of Jaguar sports car-inspired exterior design, fused beautifully with a thoroughly practical and spacious luxury interior. The F-Pace is our family sports car."

Details of that interior are scant though. The cabin matters a lot in a crossover. Callum admits the show-car cabin was far too expensive and practical for production, so we can draw little from that. Instead he says it has lots of influence from the XE's cabin, and also from the new XF – which is due this April, before the F-Pace.

Little more light has been shed on the car, other than it will be underpinned by Jag's aluminium-intensive architecture. The same architecture is used in the XE, but every significant dimension is different (bigger) in the F-Pace.

It uses Jaguar's new four-cylinder diesel and petrol engine family, plus supercharged V6 options for those wishing to make a bit more haste. Callum has tried prototypes and says they're "fantastic" to drive. It's not just about the road, though. The four-wheel-drive system has Range Rover expertise in the diffs and electronic torque control.

A V8-powered R or RS model? Given that Mercedes and BMW keep pumping out performance SUVs, and the loony Range Rover SVR is on the way, it'd be foolish to rule the possibility out. JLR execs are already publicly talking of the F-Pace as the rival to the Porsche Macan. We'll know much more by the time it launches in 2016.