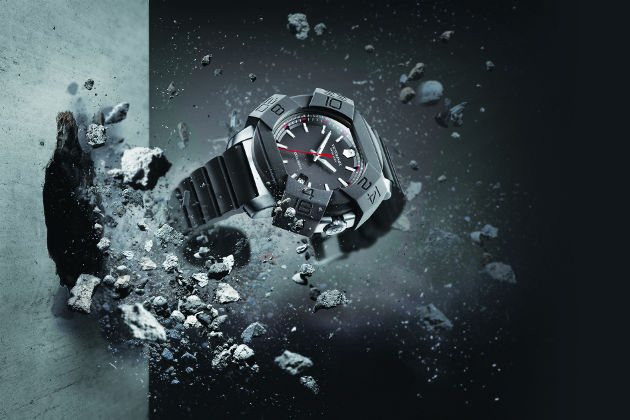 Trust Victorinox Swiss Army to produce a compelling timepiece to commemorate its 130th anniversary. The I.N.O.X wears the proud coat of arms made famous by Swiss Army Knife around the world and is a testament to its durability and toughness.

The name I.N.O.X is derived from the French word for stainless steel, the solid, durable and corrosion-resistant material that Victorinox adopted more than 50 years before it became the norm in the Swiss watch industry.

A concentrate of Victorinox's DNA, the I.N.O.X represents nothing less than the very quintessence of the brand. Francois Nunez, product director of Victorinox Swiss Army Watch, explained during his presentation that an exceptional celebration required an exceptional watch. "I.N.O.X. demonstrates a level of robustness never before achieved in watchmaking. Designed to withstand unusual stress, it has passed with flying colours a ruthless battery of 130 strength tests. The number, 130, was not chosen randomly. 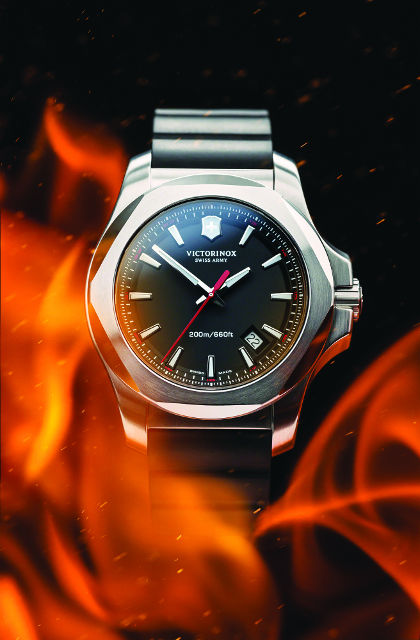 "Beyond the standard certification tests of the Swiss watch industry, a series of new tests was developed specifically for I.N.O.X. They reflect Victorinox Swiss Army's passion for pushing boundaries and imposing new rules on resistance," said Nunez.

It may not be a sensor-laden, smart timepiece, but the Victorinox I.N.O.X may be the toughest wristwatch out there. Those 130 tests included popping it into a washing machine for two hours, leaving it open to the elements during a sandstorm, and even driving a 64-tonne tank over it.

At a more practical level, the watch can withstand drops from ten metres onto concrete, will work underwater to a depth of 200 metres, can resist variations in temperature from -51°C to +71°C and 12G forces of acceleration and deceleration. 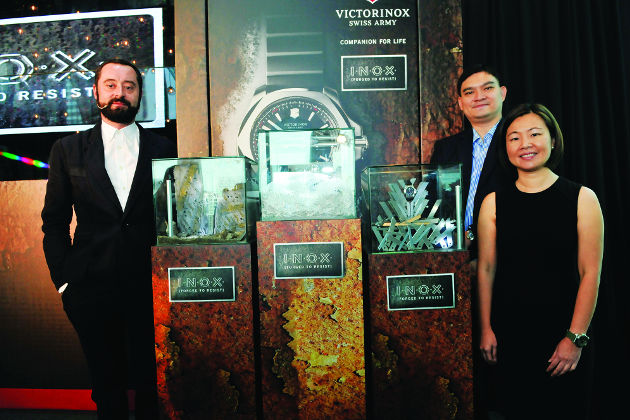 If you happen to enjoy dousing your wrists with corrosive liquids, the I.N.O.X can also survive being slathered with gasoline, oils, cleaning products and insecticides. It also comes with a removable bumper made of nylon and silicone if it needs any extra protection.

Given I.N.O.X's extraordinary robustness, one would expect it to look like a bunker. Its elegance, however, is apparent at first glance. The refined design of the 43mm stainless steel case is enhanced by a skilfully polished hexagonal bezel.

Mountain, undersea, office, leisure, night out, nothing beats the I.N.O.X for versatility. It can be worn anywhere, anytime.