Here it is: the brand new Mercedes-Benz E-Class 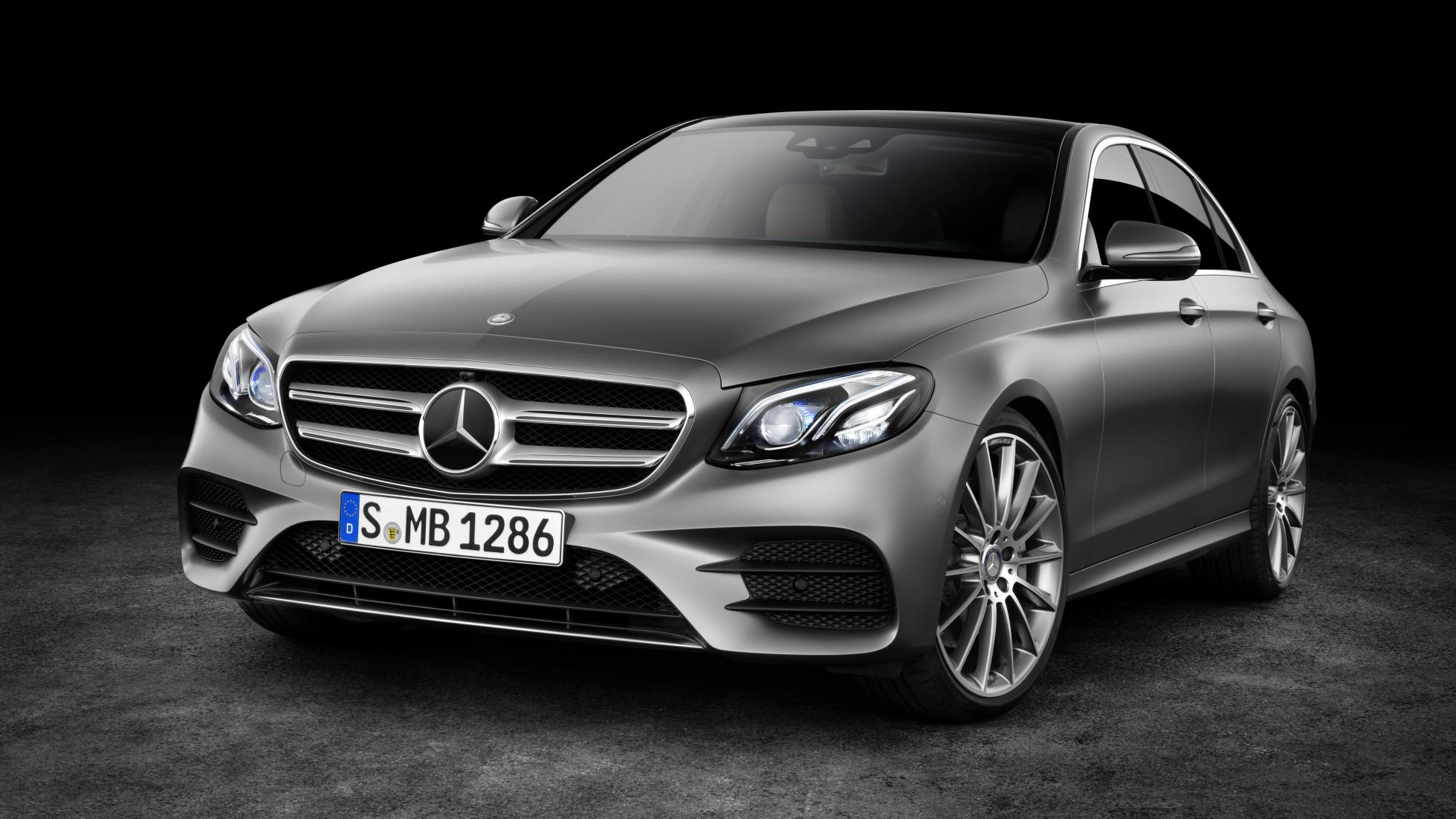 Genevan taxi drivers, this is your next car. Welcome to the all-new Mercedes-Benz E-Class, which as you can clearly see, looks nothing whatsoever like the C-Class. Or S-Class.

Due to make its debut at the Detroit Motor Show this week, the new E is dripping with tech, most of which is tasked with keeping you from having a big fiery accident.

Besides all the normal stuff (blind-spot monitoring, autonomous emergency braking and what have you) the latest evolution of Merc’s Distronic cruise control (DRIVE PILOT) can now follow cars – taking care of the braking, accelerating and most of the steering as required – at speeds of up to 130mph. Because autobahn.

And that’s not all. Given the go-ahead the E will change lanes by itself, like a Tesla, and will set off from a dead stop without any input from the driver, so long as traffic gets going again within 30 seconds. Using GPS and images from the car’s many cameras, it can even automatically peg itself to the signposted speed limit.

In fact, Merc says three new Es are the first production-ready cars to have been granted test licences for autonomous driving in the state of Nevada. It says other cars require additional sensors and other modifications to become legally autonomous, but Merc engineers only need fettle the E’s DRIVE PILOT software to achieve the same result. No additional hardware needed.

Then there’s the BMW 7-Series-like remote parking system, the car-to-car communication tech (which exchanges info with other cars, presumably E-Classes, about potential dangers ahead) and all the advanced safety systems designed to, should you manage to actually have a crash, keep you from serious harm.

We could go on, but we won’t, because there’s news from under the bonnet, too. Merc has finally ditched its rather agricultural 2.1-litre four-cylinder diesel for a cleaner, greener 2.0-litre. It’s the most relevant of the two engines available from launch (the other is a 2.0-litre petrol), with a decent 192bhp and 7.3 second 0-62mph time. Both engines get a nine-speed automatic gearbox as standard, and the diesel can supposedly return upwards of 70mpg.

A six-cylinder E350d will be added to the line up soon after launch, as will a plug-in hybrid. Brits will not get the all-wheel drive E400, with its six-cylinder petrol engine. No word on the most definitely happening AMG yet, but expect a big V8 and smokey burnouts.

The big E sits on conventional steel springs as standard, but buyers can option in multi-chamber air-suspension if they so wish.

It’s all very S-Class inside, which make no mistake, is a very good thing. A pair of (optional) 12.3inch screens sit atop the dash, one a configurable instrument cluster, the other for sat-nav and entertainment. There are touch-sensitive control buttons on the familiar Merc steering wheel, which allow the driver to control the entire system with phone-like finger swipes.

No word on prices yet, nor of the likely estate variant. But give it time. For now, Merc has just about succeeded in making the likes of BMW’s 5-Series and the Jag XF look a bit last century…