Get ready for Toyotas that aren’t boring! 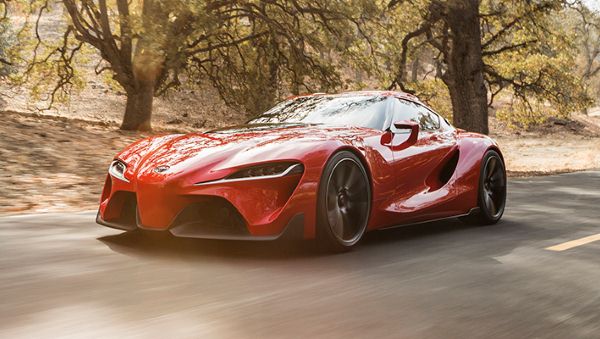 The FT-1 concept could reach production to spearhead a new generation of driver-focused Toyotas, a senior figure in the company has revealed to Top Gear.

Karl Schlicht, executive vice-president at Toyota Motor Europe, said the clamorous reaction to the two-seat, rear-drive sports car - dubbed the ‘new Supra' and revealed last month in Detroit - means the FT-1 could follow the journey of the LF-LC, which was shown as a concept in early 2012 but appeared in Detroit in production form as the Lexus RC-F.

"The reaction [to the FT-1] was much stronger than even we thought," said Schlicht. "Production? It's possible. We need more emotional cars, and Akio-san is encouraging that."

Akio-san is Akio Toyoda, Toyota boss since 2009 and the man, says Schlict, who wants to nix the company's 'cars as white goods' reputation and make it exciting again. "You're going to see more surprises from Toyota more often," said Schlicht. "In the past we've been too neutral and bland. We need more emotion, and if some people don't like it that's OK."

Schlicht conceded that Toyota has previously been guilty of chasing sales volumes instead of building brilliant cars, a strategy Toyoda is turning around. "He believes Toyotas should be drivers' cars," says Schlicht. "Our cars need to improve, especially for European tastes..."

Which should mean better-driving Toyotas with better interiors, a strategy the company will pursue even if it means lower sales than Toyota has achieved in the past. "We don't have any volume targets," Schlicht revealed. "If we sell 10 million cars [globally per year], that's great, but that's not the main aim. We're not worried if we alienate a few people."

So expect less vanilla from Toyota's styling department, with even the next Aygo - revealed at next week's Geneva show - expected to look far more aggressive, and ‘Japan-led' style than its cutesy Peugeot and Citroen brothers. No, really.

However, despite all the talk of more exciting Toyotas, Schlict said that - despite years of rumours - the arrival of a more powerful version of the GT86 was not a given.

"We want to keep that car pure," he said. "You put a turbo on it, give it bigger tyres, and you start turning it into a different category of car..."