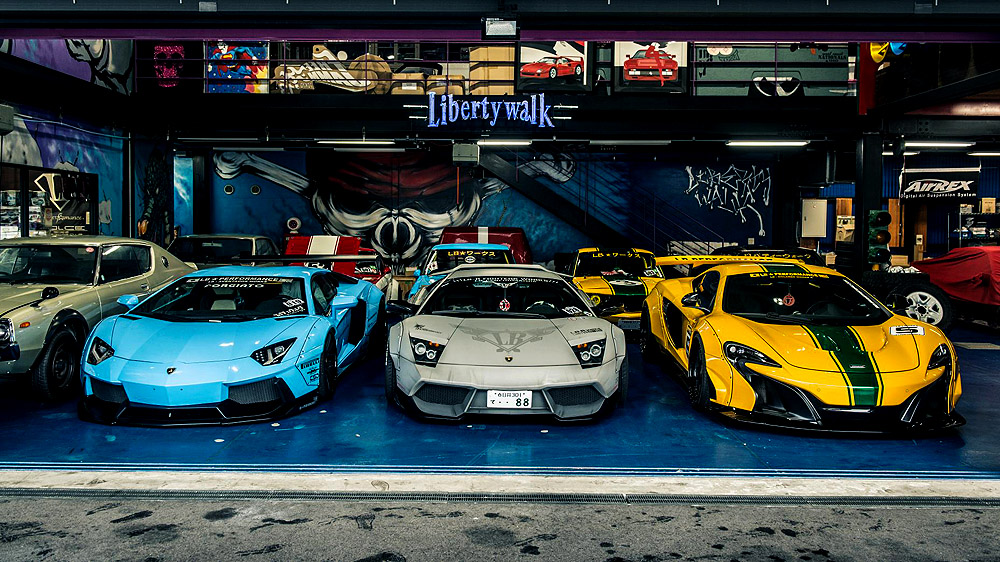 Liberty Walk might be one of the most polarising tuners on the planet. It has become notorious for bandsawing the arches off a multitude of exotic supercars, only to then rivet supersized bodykits and slammed suspension set-ups in place. For good or bad, you guys always have something to say about them.

We popped in to say hello, heading to Liberty Walk’s headquarters in the city of Nagoya, a few hours west of Tokyo. And we have to admit, seeing so many of these Instagram famous cars in one place was pretty surreal. It also proved that Liberty Walk isn’t just a supercar chop shop - it’s a place brimming with enthusiasm and hidden treasures. 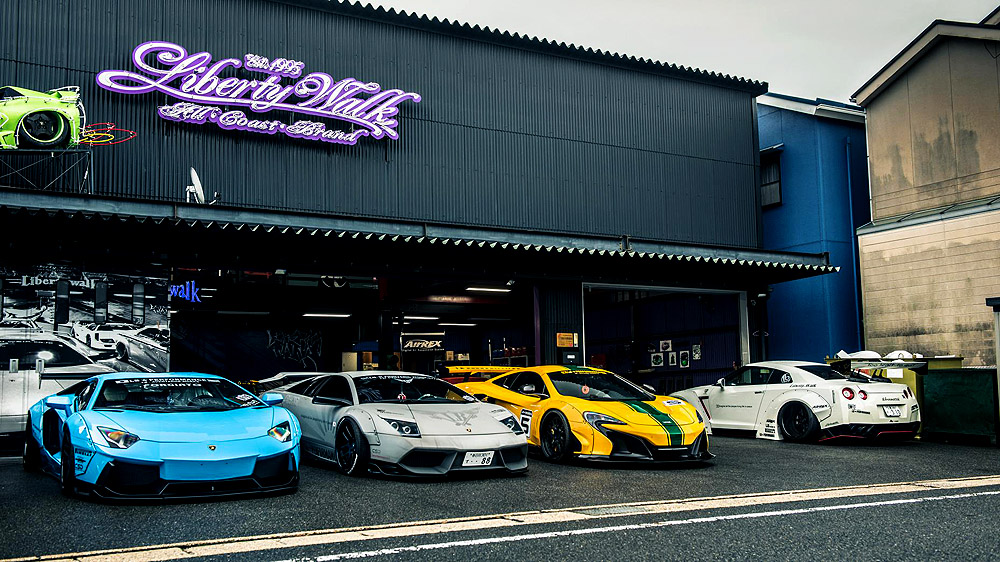 Spread over three buildings and one storage hanger, the Liberty Walk campus is an Aladdin’s Cave of Japanese car culture. There are small, furiously expensive one-off diecast models (we’re talking £6,000 a pop). There is a hipster café (complete with slammed Murcielago furniture). There are many motorbikes. And then there’s Liberty Walk boss Mr. Wataru Kato’s personal back catalogue of old-school kyusha and shakotan cars on display. 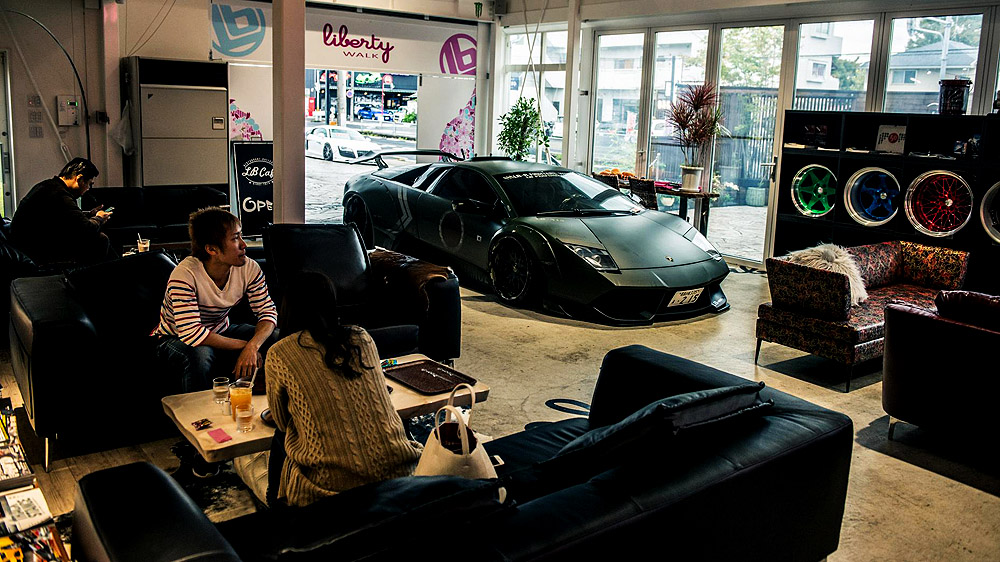 A bit of history, if you permit. Liberty Walk’s been around since 1993, and at its birth represented something of a game-changer. Kato-san wanted to “change the perception of car workshops,” and started selling bodykits for kei-cars, then became an American and supercar importer from his neon-lit premises in Japan, a few years ahead of the Max Power modifying scene, to which he owes his fortune.

Subsequently, he sculpted a few bodykits for Lamborghinis, the popularity of which heralded a separate subdivision of the company called LB Performance. Now that name’s become a mainstay in the rarefied super-wide supercar tuning niche. One that’s spearheaded by Kato-san, who owns a custom Ferrari F40, 458, Lamborghini Murcielago, Aventador and many, many retro Japanese cars fabricated in all kinds of weird and wacky ways. 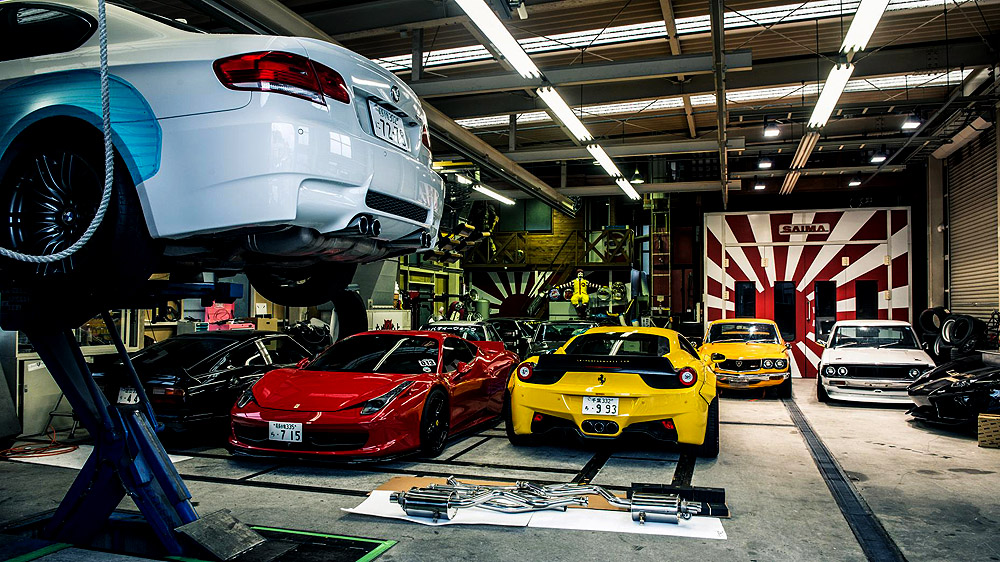 Take for example the yellow and green ‘Savanna’ RX-3. With a 200bhp twin-rotor setup, it screams to 10,000rpm and has overfenders styled to look like JTCC RX-3s plus AirREX air suspension for near-perfect stance. Yes, it’s an unconventional approach, but that’s Kato’s way. It’s painted to match one of his latest cars to have the angle grinder treatment: a McLaren 650S that’d send Ron Dennis into a tailspin.

Elsewhere there’s a purple four-door C210 Skyline, his S30 Fairlady Z, a blue Kenmeri with a fully-built, stroked L28 capable of delivering over 100 horsepower per litre, a C130 Laurel, Hakosuka Skyline and Yonmeri Police car. As collections go, it can’t get eclectically cooler. 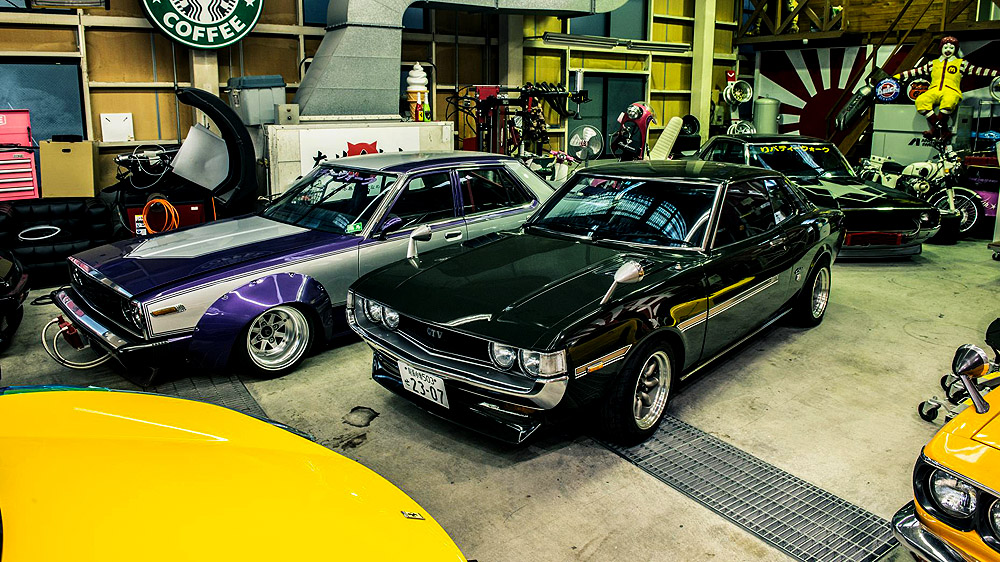 With a new widebody NSX displayed at SEMA, Honda is the latest supercar manufacturer to be bitten by the Liberty Walk bug. And with the rise of social media, the whole ‘look’ of wide/retro arches & rivnuts has gone a bit mental. Primarily, because taking an angle-grinder to the carbonfibre arches of a £200k+ supercar and drunkenly following a marker pen line to chop it to bits is nuts. That’s why we love them.