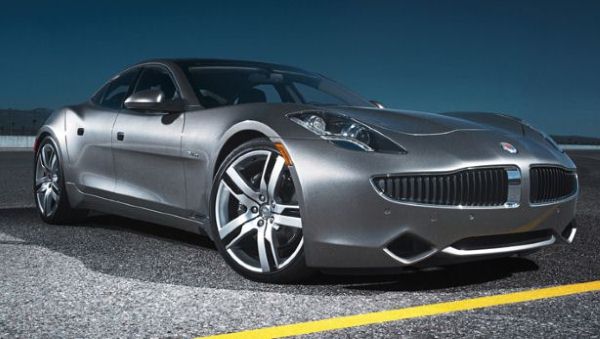 Fisker, which hasn't made a car since July 2012, has been sold to Hybrid Tech Holdings, an investor group that says it wants eventually to re-start production of the Karma and later launch other vehicles with similar technology.

Fisker hit trouble when development overran on the Karma, then its battery supplier went bust following a few battery failures, fires and recalls. And finally Fisker lost 338 finished cars in a dock hit by superstorm Sandy – and the insurer wouldn't pay. In the whole process, Fisker has cost its investors more than £400,000 for every one of the 2200 Karmas sold.

Fisker's chief restructuring officer Marc Beilinson said, "We believe that the Fisker Automotive technology and product development capability will remain a guiding force in the evolution of the automotive industry under Hybrid's leadership."

To make the sale happen Fisker had to put itself into Chapter 11 bankruptcy, the same process as used by GM to wash away old debts. But one debt that couldn't be written off entirely is that to the US Department of Energy, which had put up a loan under its green technology programme. Fisker had taken up $192 million (£119m) of the staged loan. Some $168 million remained to be repaid, and Hybrid Tech has got that written off by paying the DoE just $25 million.

Hybrid Tech is controlled by Richard Li, said to be the son of Hong Kong's richest man. The DoE had maintained as a condition of auctioning the debt at a discount that jobs should stay in the US, which lends some credence to the proposed plan to re_start Karma production. Karma production had all been in Finland, but Fisker was in the process of opening a factory in the US. Besides, Hybrid Tech was itself one of the original investors in Fisker.