By Anonymous (not verified) , 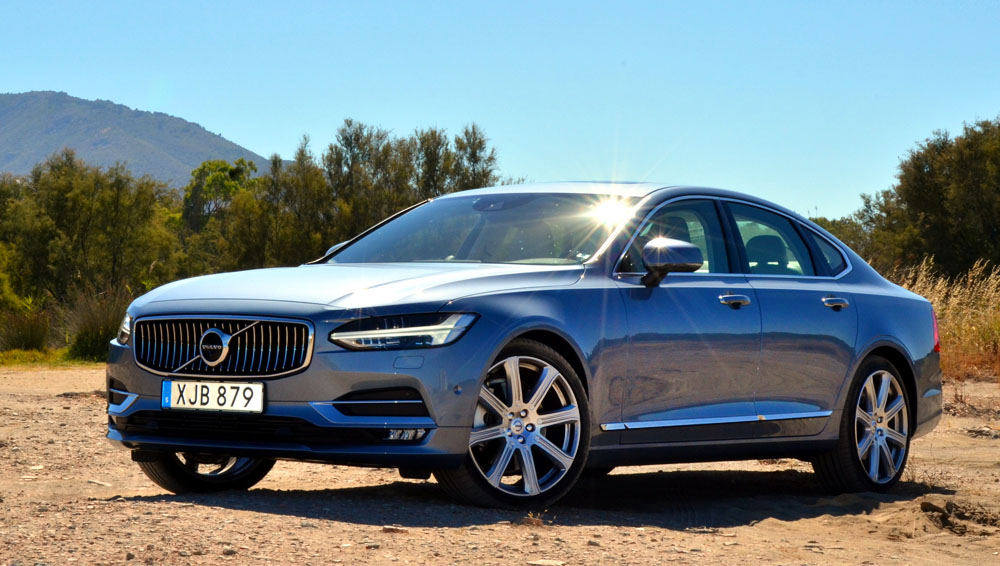 We’re reporting from Estepona in the South of Spain where the international media test drive of the Volvo S90 is ongoing. Volvo Cars Malaysia has already confirmed its intention to introduce the new S90 to the Malaysian market in sole T8 Twin Engine guise. But production for the plug-in hybrid variant of the Swedish flagship has not commenced, which leaves the S90 T6 as the closest thing to the T8 that we could test.

What’s the difference between the T6 and the T8?
Simple. The S90 T6 is essentially a T8 minus the electric bits and pieces. This leaves us with the four-cylinder twin-charged engine that makes 320hp and 400Nm. The output is channelled to all four wheels via an eight-speed gearbox in a traditional manner – traditional when compared to the XC90 T8 whose AWD badge means that the front wheels are engine-driven while the rear wheels are motor-driven. 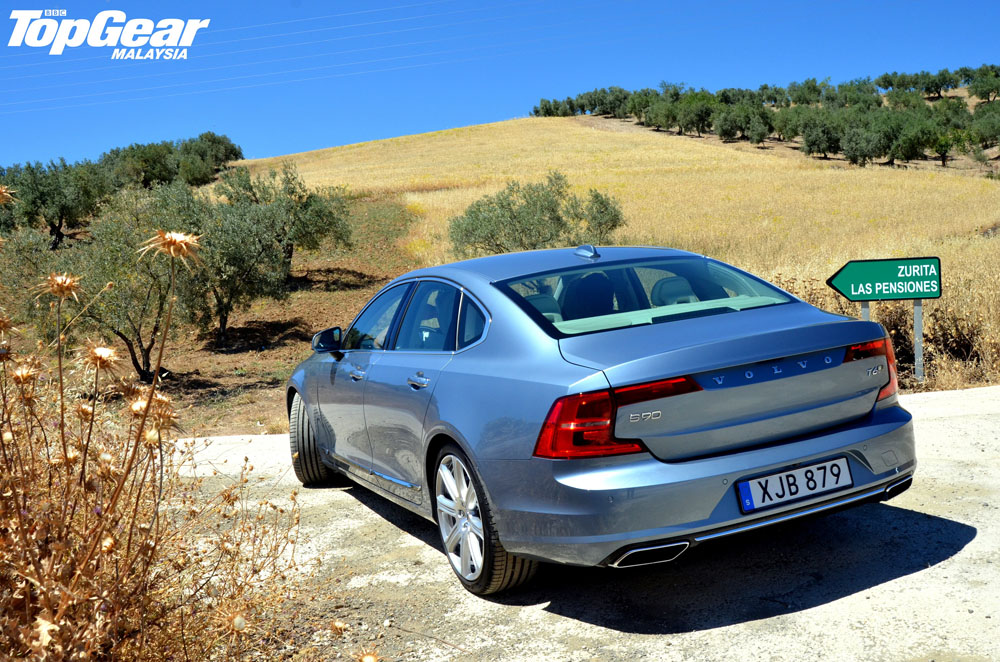 Sounds powerful enough…
It is. Straight-line performance is effortless. There’s even a roaring soundtrack to accompany the acceleration (0-100kph in 5.9 secs, 250kph top speed). It’s the only noise – or symphony depending on how you see it – that can be heard from inside the well-insulated cabin because Volvo has decided to enhance certain engine sounds, which are directed into the cabin through the optional Bowers & Wilkins sound system in our test car, for a sportier driving sensation. 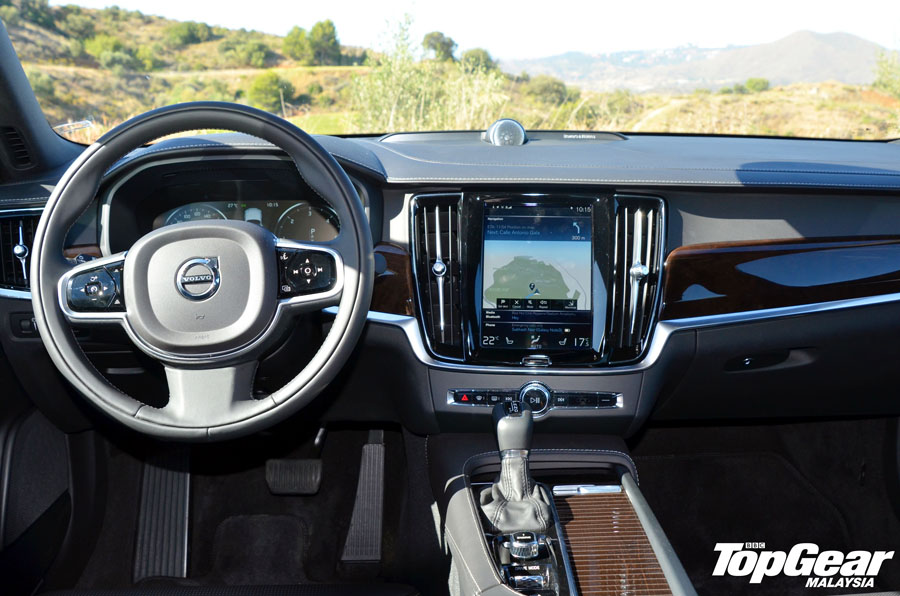 Does ‘sporty’ apply around the bends?
Not entirely. We’re not saying that because it can’t take a corner confidently at high speeds – the AWD made light work of Estepona’s windy mountain roads. But the emphasis put on ride comfort and refinement by the chassis is so strong that it sort of mutes the drama a bit, which isn’t exactly a bad thing from a passenger’s point of view. Dynamically, the only thing that could be improved if we were to nitpick is the electric steering, which is an integral component of the Pilot Assist semi-autonomous driving system. It lacks the engagement of, say, a 5-Series. Then again, the S90 does come across as a much more civilised machine overall. 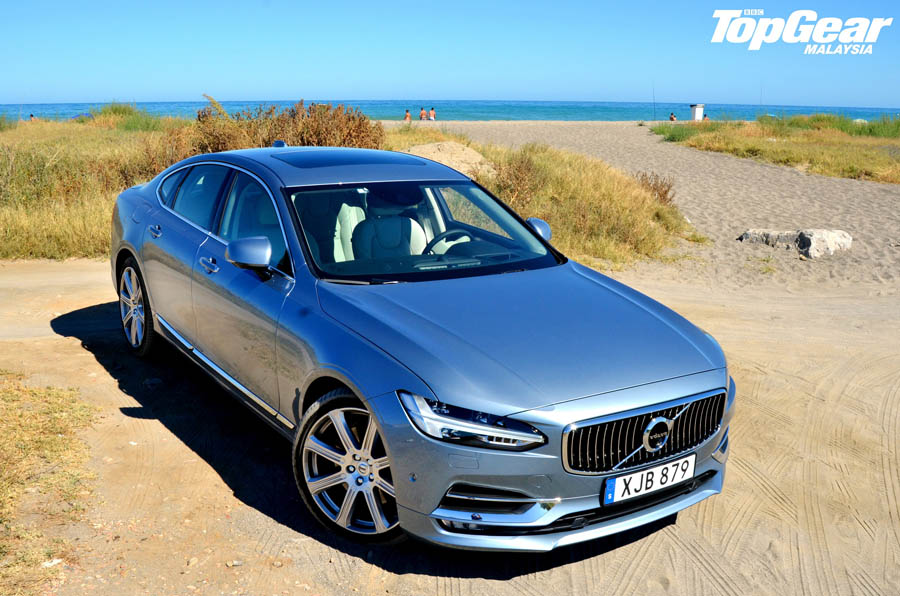 Your title also mentions a D5 variant…
The D stands for diesel, a four-cylinder twin turbo making 235hp and 480Nm to be precise. The 80Nm torque advantage does allow the D5 to build momentum from a standstill more effortlessly, but its lack of grunt at the top end is evident when you attempt to overtake at high speeds. It is also notably quieter than the T6 when floored, with the slight diesel clatter only audible from outside the car. Kudos to Volvo’s NVH gurus once again. The T6 is undeniably more rewarding to drive, but the D5’s 4.8l/100km rated consumption (versus the T6’s 7.2) makes it the thinking man’s choice.