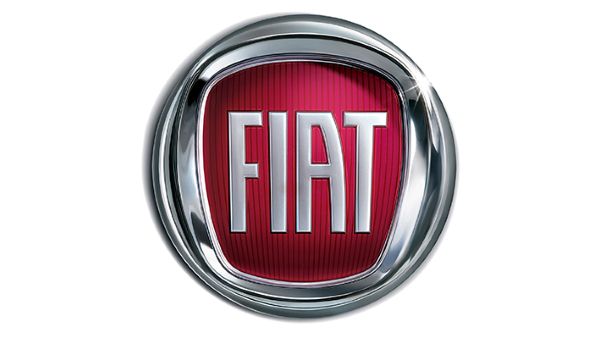 Fiat has begun the year with a $3.65 billion (£2.2bn) bang. For that vast sum, it has bought the remaining part of the Chrysler Group it didn't own, creating one single car company that's the seventh_largest in the world.

This full integration should speed up the advantages that Fiat sought when it bought just under 60 percent of Chrysler, after Chrysler was bankrupt in 2009. The remaining 41 percent was, until now, owned by a trust set up to pay pensions to retired Chrysler workers.

The world's financial chatterers _ city analysts and journalists _ are hailing it as another genius deal by Sergio Marchionne, who arrived as the head of Fiat a decade ago. He said from the start Fiat needed a global marriage. First he seduced Chrysler into steady co_habitation. "We'll give it six months," most of us said, but we were wrong. Yesterday they went down the aisle.

The rationale for the deal is the same as always when car makers combine. They expect to boost market coverage, and save money by combining engineering and purchasing. But really, how much has this happened in Fiat_Chrysler's case? There have been some notable wins, but some equally notable question marks remain.

First, the wins. Before the 2009 deal, Fiat's engineers in Europe had developed an all_new compact platform. Its initial outing was in the Alfa Giulietta, and it is good. This has since been widened and adapted, and has provided the Chrysler Group with the Dodge Dart and new Jeep Cherokee. Those vehicles are doing great business in America, and have weaned Chrysler off its previous unhealthy dependence on big cars and trucks.

Fiat's Multi_Air engine tech has also been keenly adopted by Chrysler, and transmission engineering has been combined. And, less visibly, Fiat's manufacturing expertise has greatly improved the efficiency of Chrysler's plants.

Maserati is an interesting case study of global synergy. The plan is to grow sales by replacing the Quattroporte and adding not just the Ghibli but a new SUV too, which uses many Grand Cherokee parts. Well, the QP and Ghibli are here already. They've built up a strong order bank, so this plan looks reasonably firm.

Now the question marks. Marchionne said Fiat itself could make a mark in the US if it had Chrysler's marketing and distribution heft behind it. But no. The 500 has done OK, outselling the Mini hatch. But that's a niche in what isn't really a country for small cars. The bigger 500L was supposed to be a hit there, but has been a resounding miss.

Still, the small_car global strategy could pay off. Two crossovers will be spun off the 500L's platform _ a Fiat called the 500X and a different_looking baby Jeep. Given the way people are flocking to cars like this, they could be successes worldwide.

Marchionne's most conspicuous and most persistently failed promise is Alfa Romeo. The 4C gets headlines but it was never meant to be anything other than a tiny seller. That aside, Alfa has only two cars: the little three_door MiTo and compact five_door Giulietta. Theoretically Alfa should line up alongside BMW and Audi, making sporty, stylish quality cars by the hundreds of thousands. But in 2013, Alfa sales were as low as at any time since the 1960s.

Ever since the initial Chrysler deal, Marchionne has said Alfa would get investment for a 159 replacement called Giulia, and a crossover (remember the genesis of the new Cherokee). Then it could use Chrysler's RWD platforms for something bigger again. But the plans keep getting reshuffled and endlessly delayed. Now the talk is of a joint RWD plan with Chrysler for the bigger cars, but that's years from fruition. Meanwhile Alfa is slipping further into its tiny backwater. The only concrete on_schedule promise is the MX_5 derivative in 2016.

You'll remember, too, the idea of integrating the Chrysler brand with Lancia on this side of the Atlantic, so they're all badged as Lancias in LHD Europe and all Chryslers in the UK and Ireland. It was supposed to boost struggling European Chrysler sales and revive Lancia. But the less said about the result the better.

So it's fair to say it's no picnic integrating two car companies with multiple brands (in this case Fiat, Alfa, Lancia, Abarth, Maserati, Chrysler, Dodge, Ram, SRT and Jeep _ as well as Ferrari, although that's kept separate). But the combined entity is already making money, and it's hard to see how that would have happened any other way.