That time we rode with Walter Röhrl in an Audi Quattro 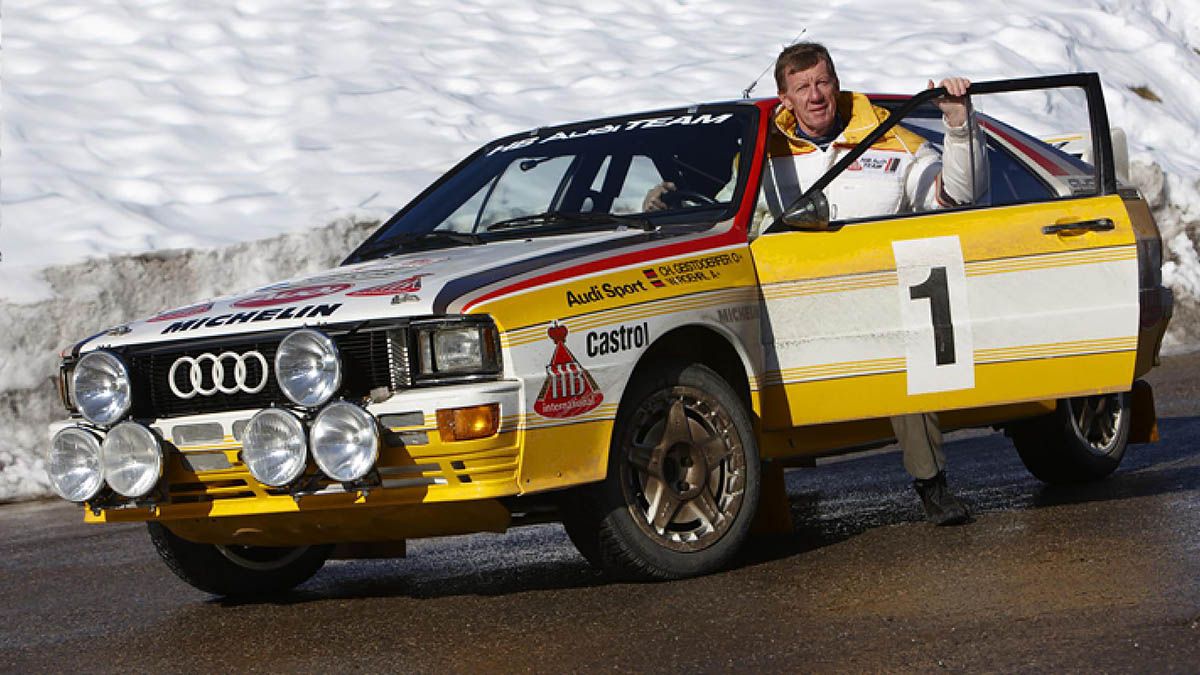 As passenger rides go, this might be the greatest of all time. Welcome to the Col de Turini, where Top Gear is about to strap into the co-driver’s seat of the 1984 World Rally Championship-winning Group B Audi Quattro. Walter Röhrl – perhaps the greatest rally driver of all time – is behind the wheel, and he’s preparing for a maximum-attack run at one of the gnarliest stages of the Monte Carlo rally. Eek.

After heavy snowfall yesterday, conditions on the Col could best be described as ‘bloody terrifying’, with patches of slick ice coating the tight hairpins, nothing but a flimsy snowbank between road and a thousand-foot drop into icy nothing. Inching up the pass earlier in a shiny new Audi Q7 on snow tyres was a scary experience, wheels scrabbling and sliding on sheet ice. In a Group B monster, in the hands of a certified maniac? Pass the Scotch.

Ah yes, the Quattro. One of the true icons of the sport, the first rally car with four-wheel drive, the very forebear of modern WRC cars. This very car won the world championship in 1984 in the hands of Stig Blomquist, and it looks – and sounds – as good today as it did 26 years ago, burbling a cheery five-cylinder drumbeat as it crouches, all square arches and big headlights, on the snow-strewn tarmac.

Strapped into the driver’s seat, clad in Martini Porsche overalls, sits Walter. If you’ve never heard of Herr Röhrl, shame on you. Though his statistical achievements have since been eclipsed by Tommi Makinen and Seb Loeb (the only current WRC driver, incidentally, that Walter admits to admiring), his reputation remains: an almost impossibly quick driver with impassable elegance and complete mastery of every car he drove. Seemingly unmotivated by money or accruing title after title, he picked the races he wanted to compete in, and inevitably won them.

Röhrl won the World Rally Championship in 1980 (in a Fiat 131 Abarth) and, heroically, in 1982, wringing a rear-drive Opel Ascona to victory against the might of the four-wheel-drive Audis before joining the team he’d just beaten. In recent years, he’s worked as a development driver and ambassador for Porsche, thrashing their road and race cars around the Nordschliefe – Röhrl will race a road-spec 911 GT3 RS in the Nurburgring 24 Hours in May because… well, because he can – and resolutely refusing to adhere to the script-following, company-man stereotype. He says what he thinks, Walter: later on, he spends 10 minutes singing the praises of the new Ferrari 458 to the accompaniment of much coughing from the Audi PR types.

He doesn’t look like a rally driver. Not because he’s 62 – he doesn’t look 62 – but because he’s so very tall. Seemingly some way over seven foot tall, he sits squeezed into the Quattro’s driver’s seat, all spindly arms and legs, hands wrapped spider-like around the wheel. Despite his size, there is a Zen-like coordination and relaxedness to his every movement. He is far more relaxed than I am. We’ve just been given the signal to go. 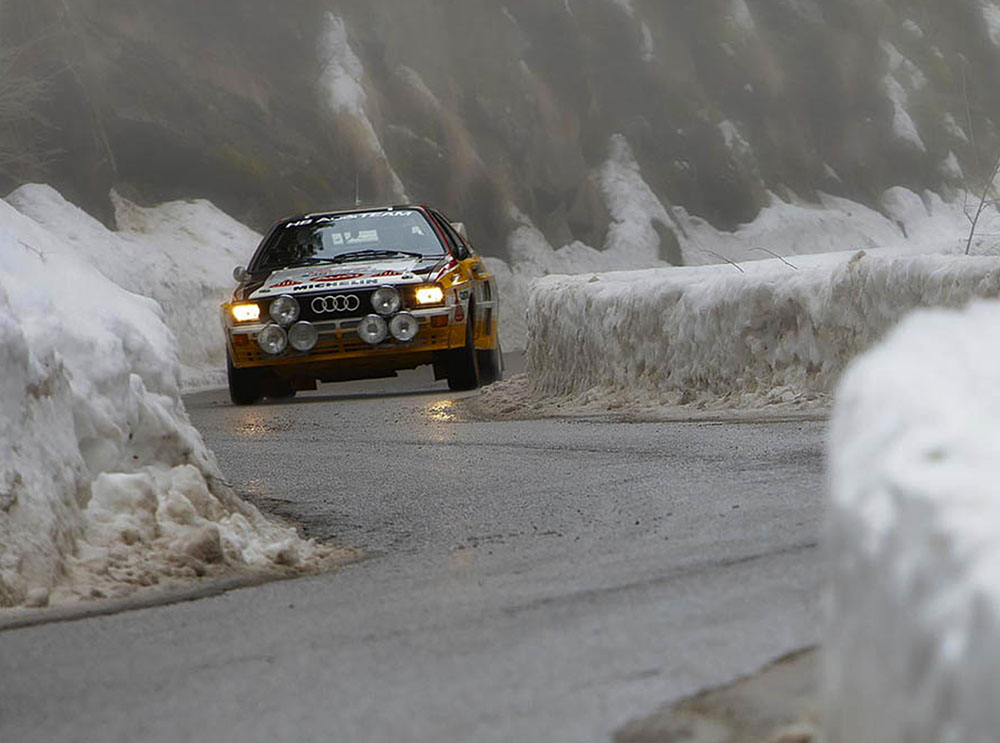 Röhrl clicks his wristwatch, slides the Quattro into first gear, floors the throttle and… well, it’s difficult to convey the sheer pace at which we climb the Col through a wobbly hand-held camera, I know, but trust me: it’s quick.

Röhrl is astonishingly, unfeasibly smooth. Every movement is tiny and measured and delicate, Walter’s actions much more tai chi than karate. Doubly impressive when you consider what a reticent brute the Quattro is: the early four-wheel-drive systems were unsophisticated, slow-witted arrangements which, combined with the Quattro’s heavy engine up front, produced a resolutely understeery car. In other words, it’s a bloody difficult thing to coax into controlled drifts, but Röhrl is skating the Quattro from corner to corner, keeping it on edge, flicking the back end out. A masterclass? It’s so much more than that. It is other-worldly.

At the end of our run, Walter drifts the car to a screeching – though perfectly controlled – stop, and taps his wristwatch again. I ask him how quick he was going, assuming that – what with him nearing the age of retirement and carrying a fearful, flabby-jawed journalist in the passenger seat – he might have backed off a few notches. “That was 100 per cent, as quick as I could go,” he says calmly, matter of fact. “I’m doing it quicker now that I did in the 80s. I’m always trying to improve.”

Getting a passenger ride with any world-class racing driver is always a sobering experience, a reminder that these guys exist on a different plane to us mere mortals, but Röhrl is a couple of dimensions beyond that. He doesn’t drive, he doesn’t race, not in the way that normal humans do, foisting their will upon the car to extract all they can. He just… does. Our quick spin up the Col is simultaneously the most uplifting yet dispiriting experience of my life. Think you can drive? You can’t. You’re not Walter Röhrl.

I ask him whether, in the dozen or so runs up the Col de Turini he’s done in the last couple of days, he’s had any wobbles, any hairy, out-of-control moments. “No,” he replies, not angrily exactly, but more as if it’s a daft, slightly insulting question, as if I’ve asked him whether he ever accidentally puts his pants on back-to-front. The concept of ‘getting it wrong’ just doesn’t register on his radar. Not even in one of the scariest rally cars of all time, on one of the scariest roads of all time.

What a car. What a road. Most importantly, what a guy. 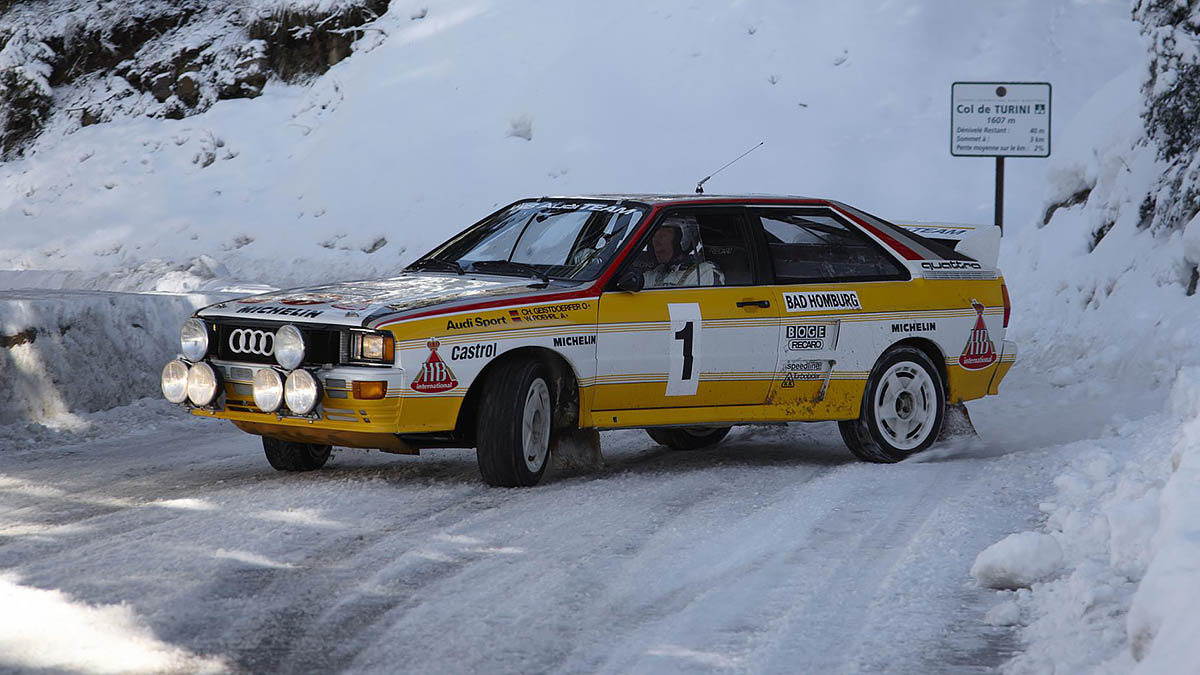 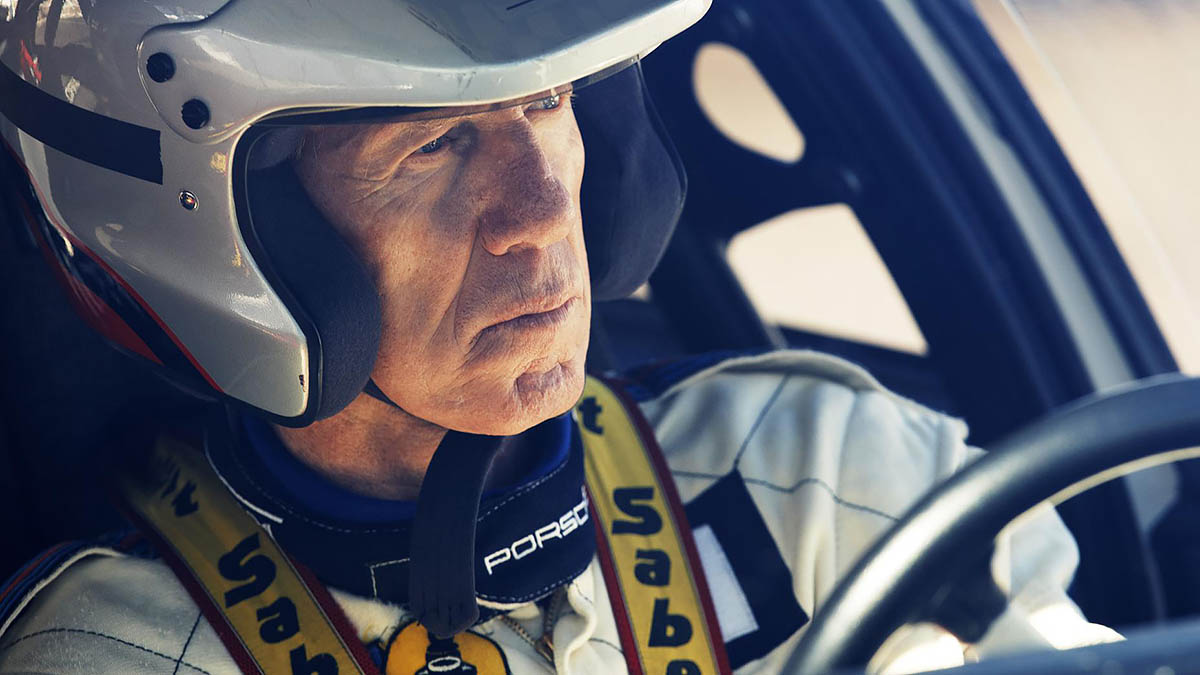 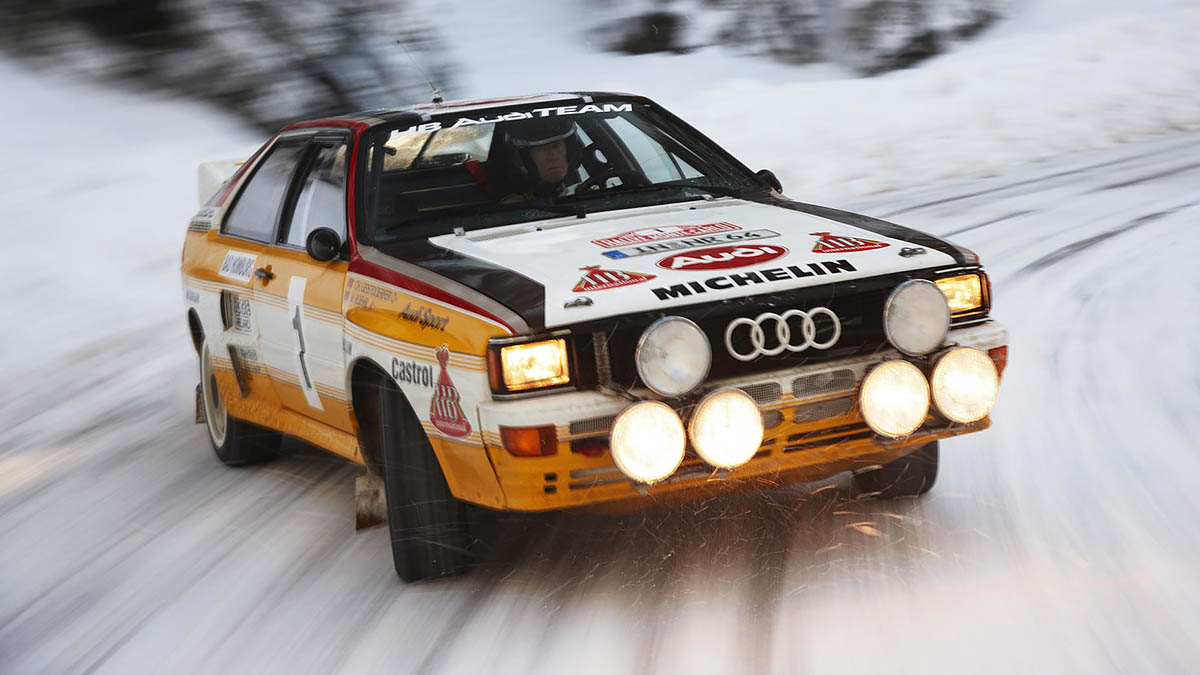 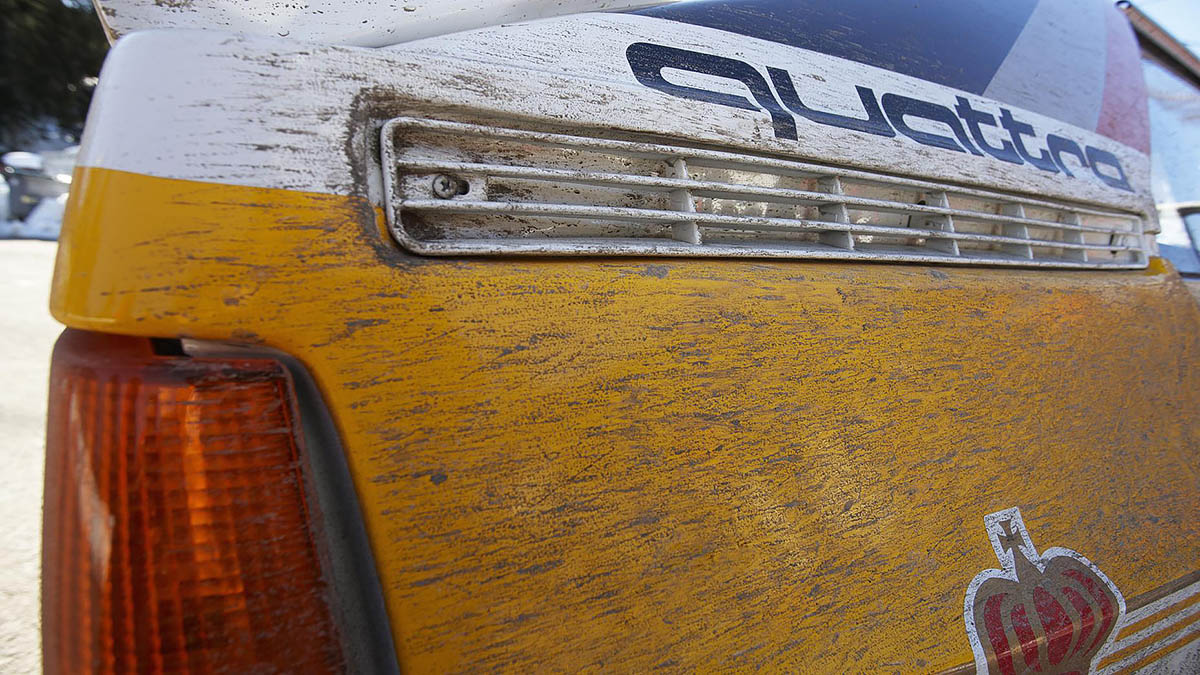 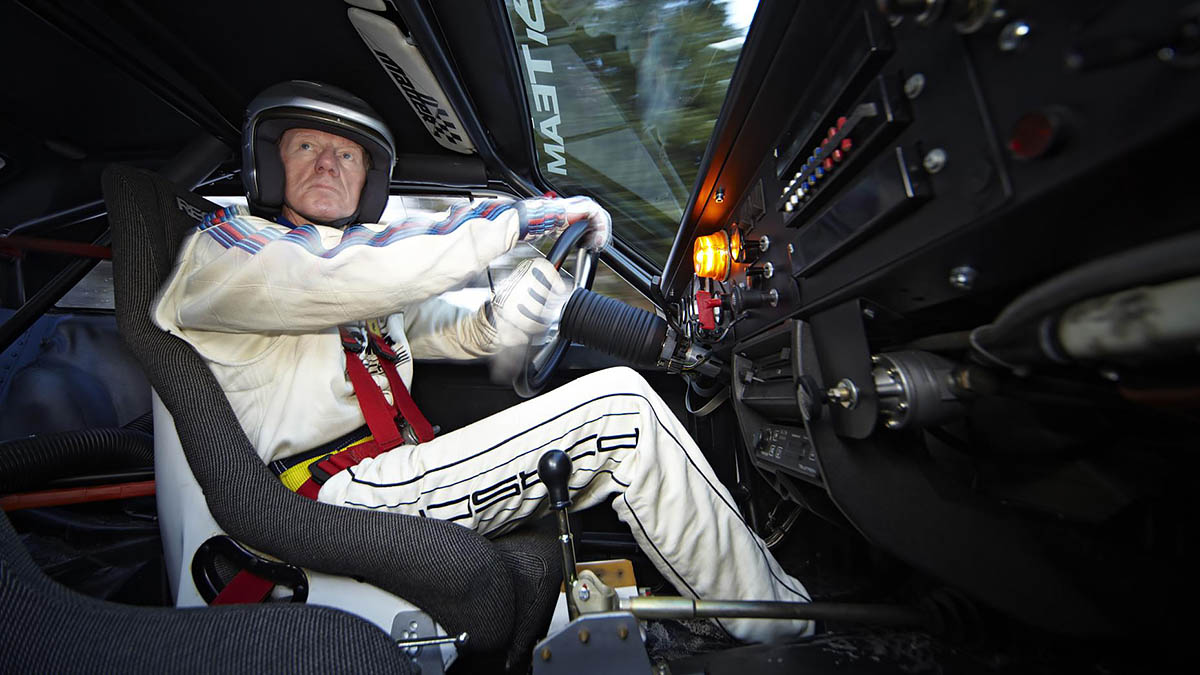 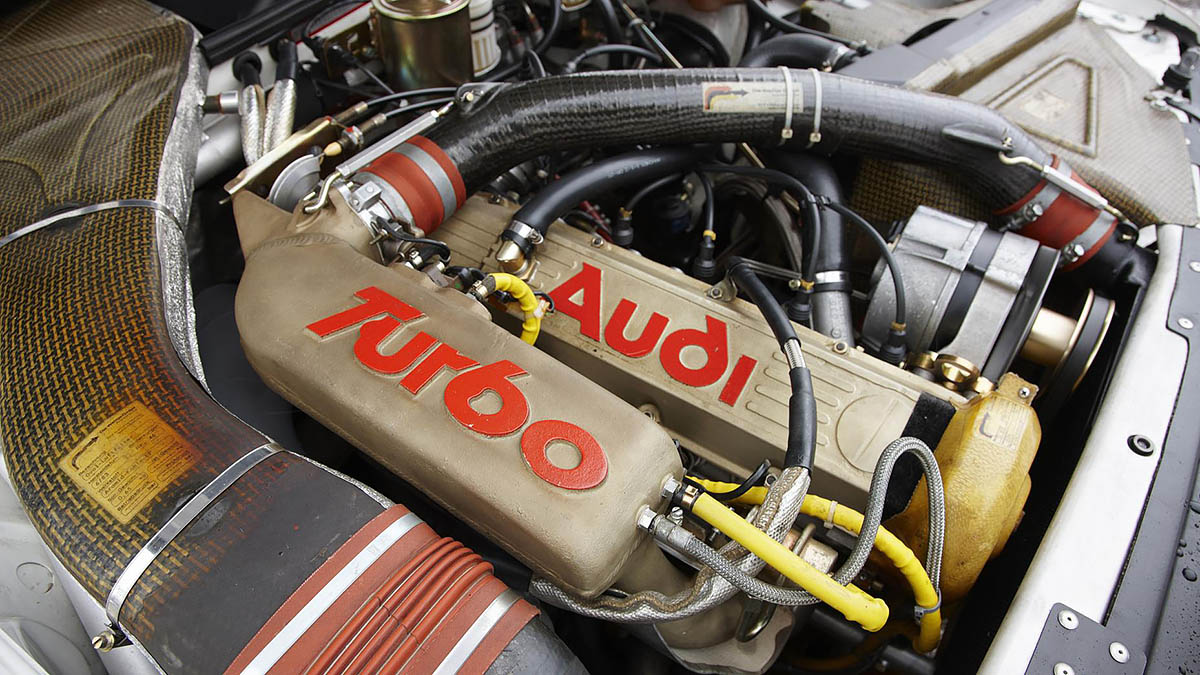 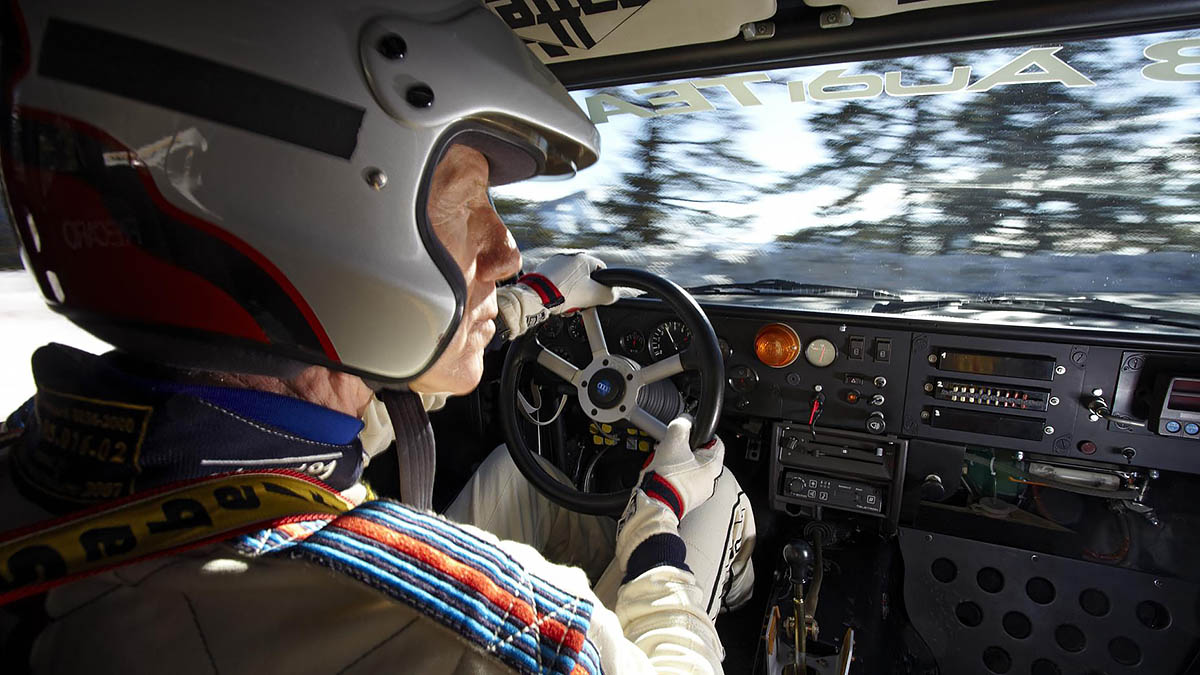 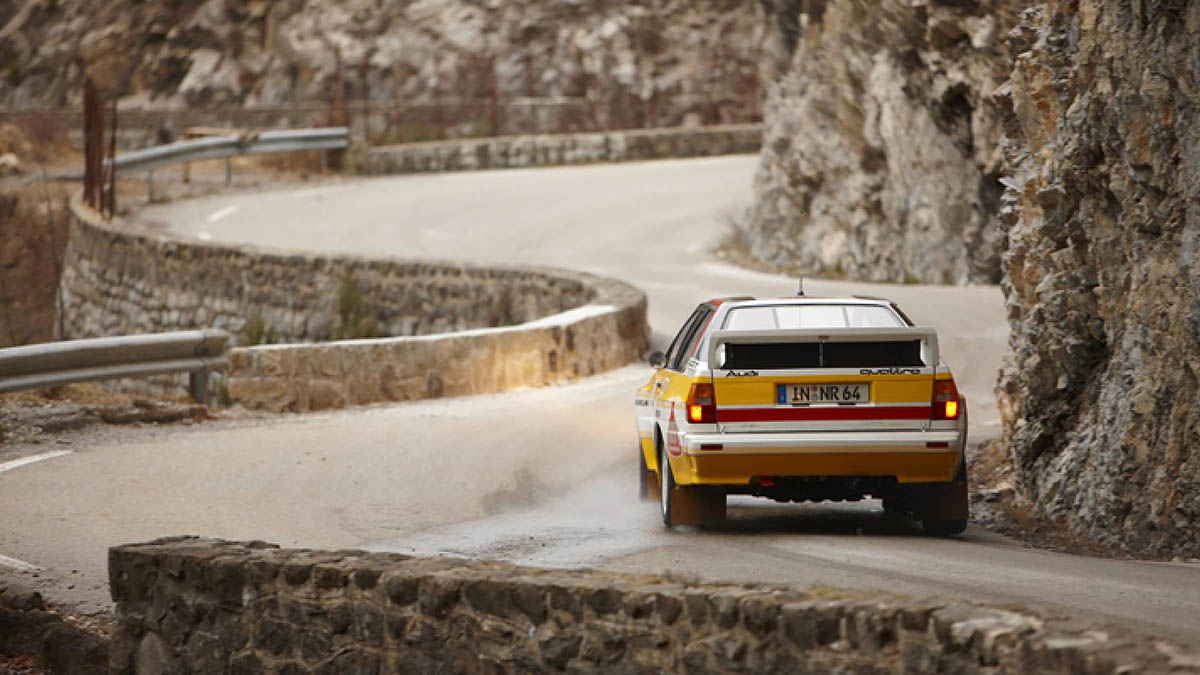