Peugeot's Malaysian revival: what to expect from the new 3008 and 5008 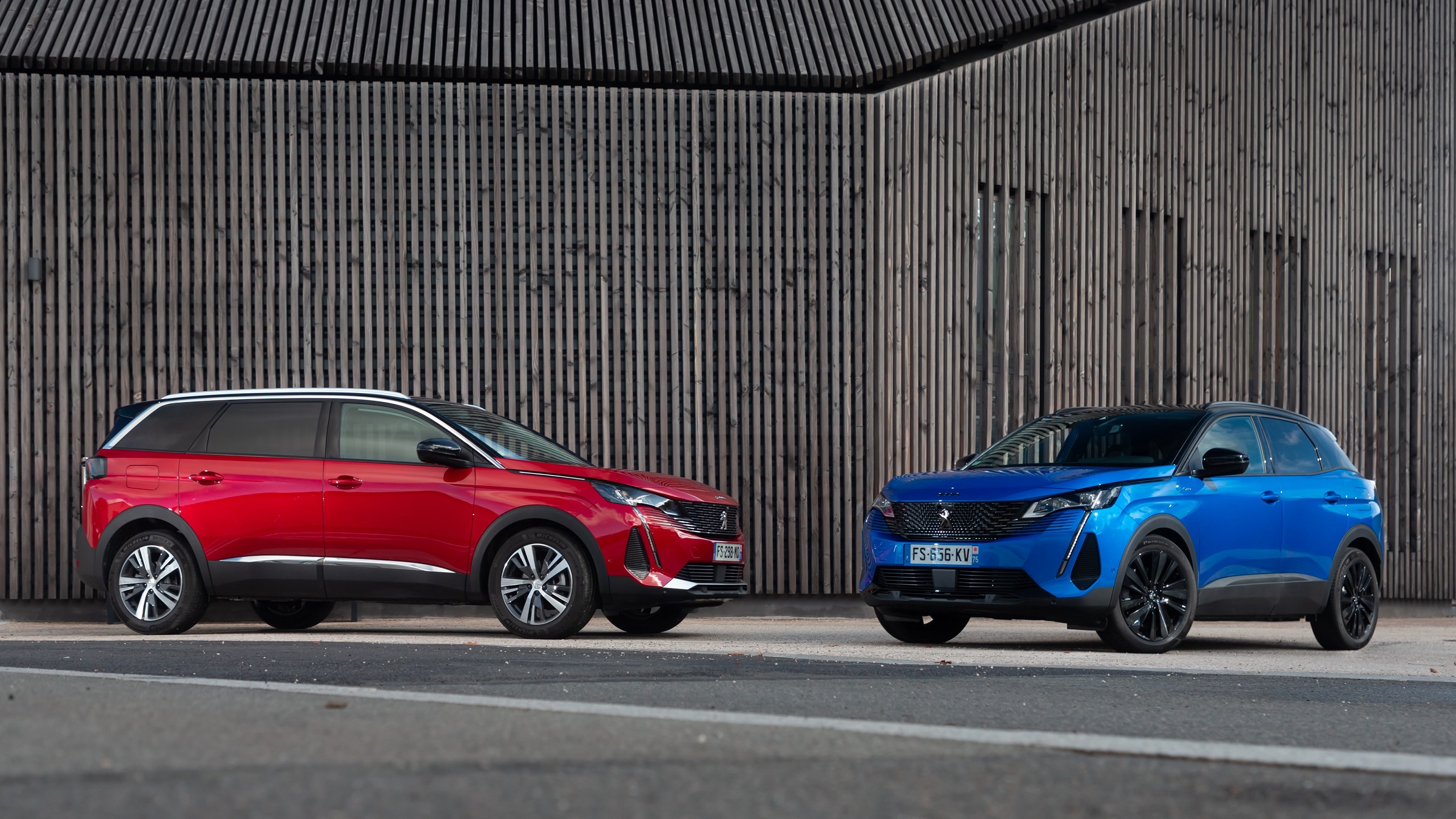 It has been over half a year since the distributorship of Peugeot (and DS) vehicles in Malaysia switched hands from Nasim to Berjaya Auto Alliance (BAASB). However, there has been little activity on the sales front, with the latter opting to focus on the owner database to streamline things like warranty periods, service intervals and product updates; something that Nasim couldn’t automatically export due to personal data protection reasons.

While some may interpret BAASB’s lack of activity as a cause for concern from an enthused shopper’s viewpoint, we’d like to think that the company, which is closely linked to Mazda distributor Bermaz, is on the right track by prioritising the backbone of the business before launching swanky showrooms and shiny new cars.

The Peugeot 3008 and 5008 were the last ‘new’ models to be officially sold in Malaysia before the corporate transition took place. That the French marque’s once colourful catalogue was reduced to a two-SUV line-up towards the end of Nasim’s tenure speaks volumes for market sentiments at the turn of the decade. And while we’re expecting BAASB to revive a sense of variety in Peugeot dealerships in the years to come, it’s only natural for it to want to hit the ground running with the cars most primed to bring in the numbers.

So, if suspicions are true about Peugeot’s Malaysian revival under BAASB starting with the very cars Nasim sold till the end of its custodianship, here’s what we can expect from the facelifted 3008 and 5008 SUVs… The 3008 was already an attractive hunk of metal to begin with; one that was far more adventurous aesthetically than the usual suspects of C-segment SUVs. Although it arrived too early to receive the French marque’s new logo, the updated, ‘frameless’ grille featuring the old, abstract lion looks incredibly futuristic and blends well with the LED fangs that have become a design staple in modern Pugs.

Inside, Peugeot’s first true attempt at its now signature i-Cockpit gets an updated 12.3-inch digital instrument cluster and free-standing 10-inch touchscreen infotainment. There are also some clever bits of tech like night vision (up to 250 metres) and traffic sign recognition, alongside the expected suite of semi-autonomous features such as adaptive cruise control, AEB, and lane position assist.

In Europe, the standout variant is the Hybrid4 300 model which is an AWD PHEV packing a combined 300bhp and 59km of range – there’s also a 225bhp 2WD version that’ll do 56km on full electric. Realistically, Malaysians can expect something from the petrol line-up in the near term (government incentives will likely determine if the PHEVs can be feasibly sold here). The most likely candidate is the 1.6-litre four-cylinder PureTech 180 mill which is a considerable improvement over the old THP unit. There’s also a cheaper 1.2-litre three-cylinder PureTech 130. All powertrains are mated to an eight-speed automatic gearbox, although the PureTech 130 can be specced with a six-speed manual that we can only dream about.

Reckon the above would make for a hot seller if BAASB can keep the 3008 within its old RM150k-RM160k price bracket? 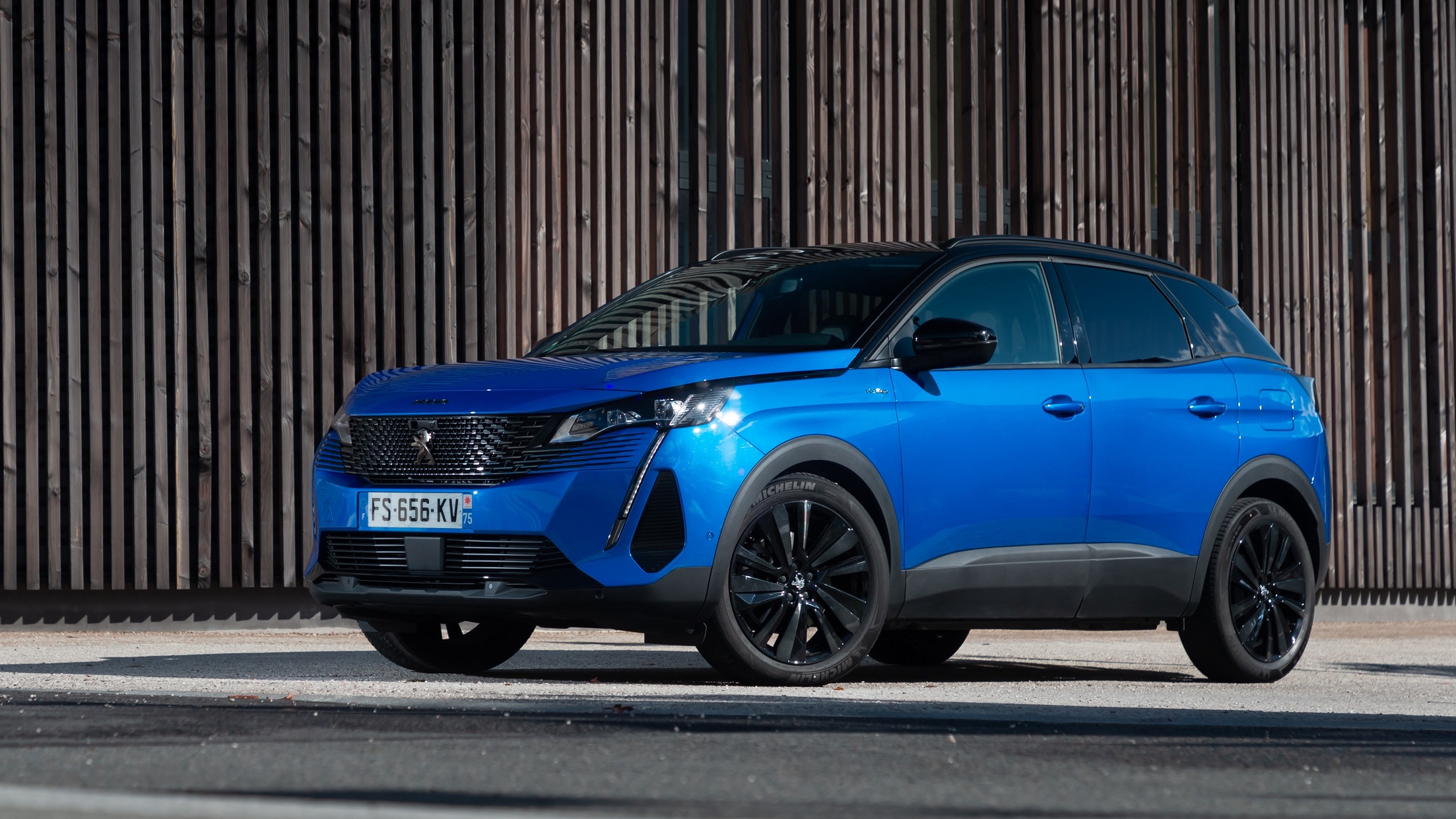 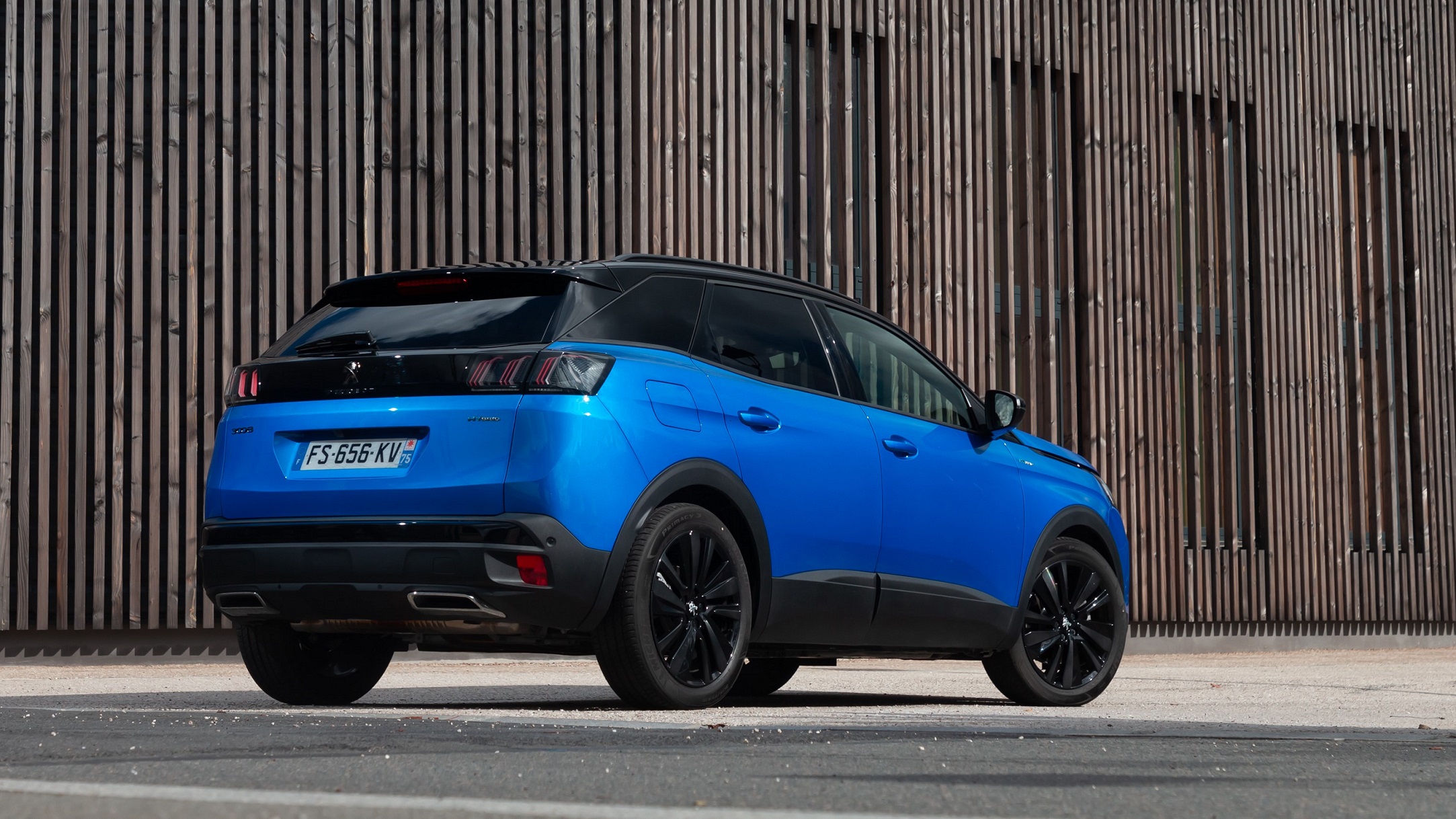 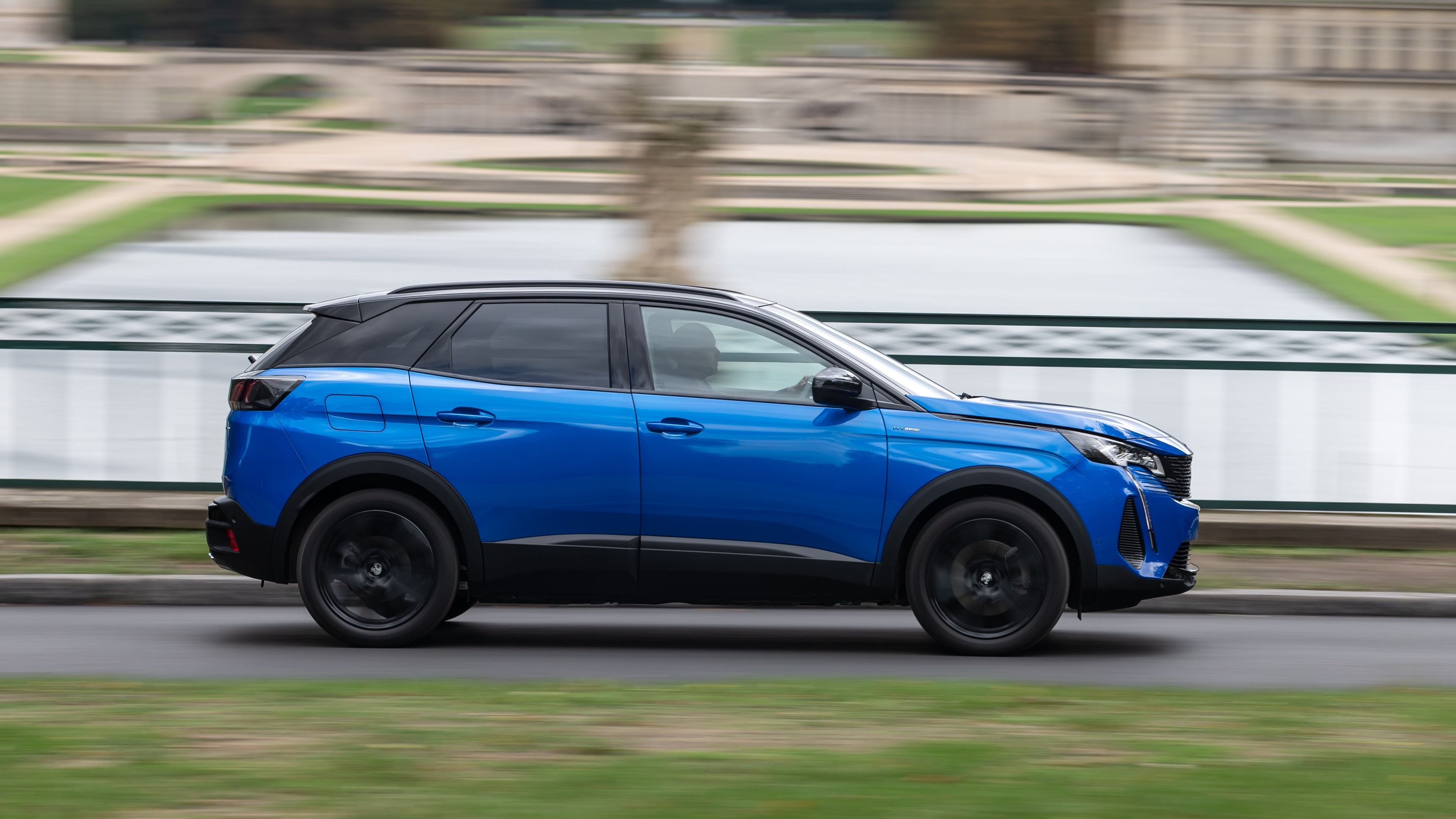 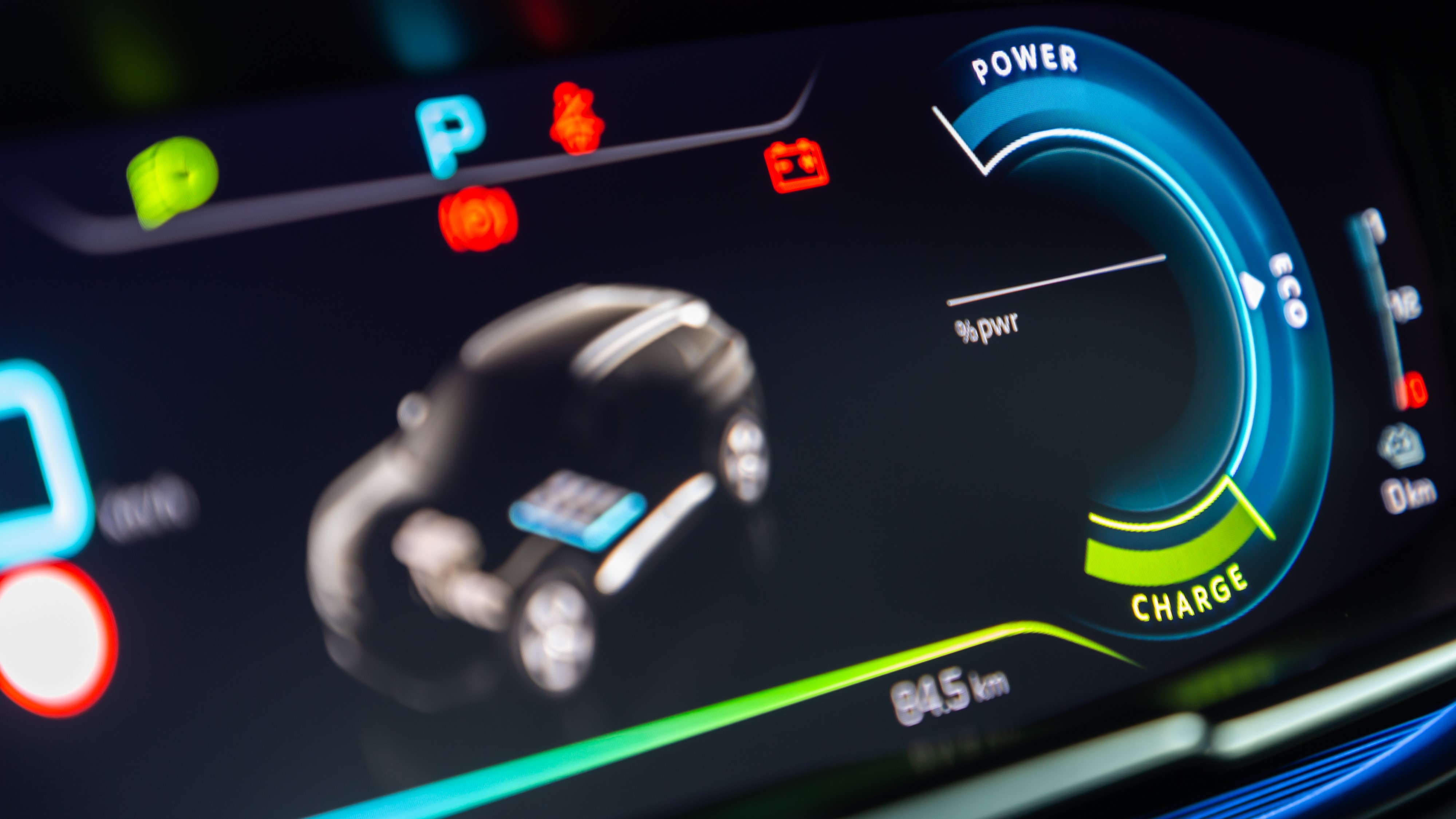 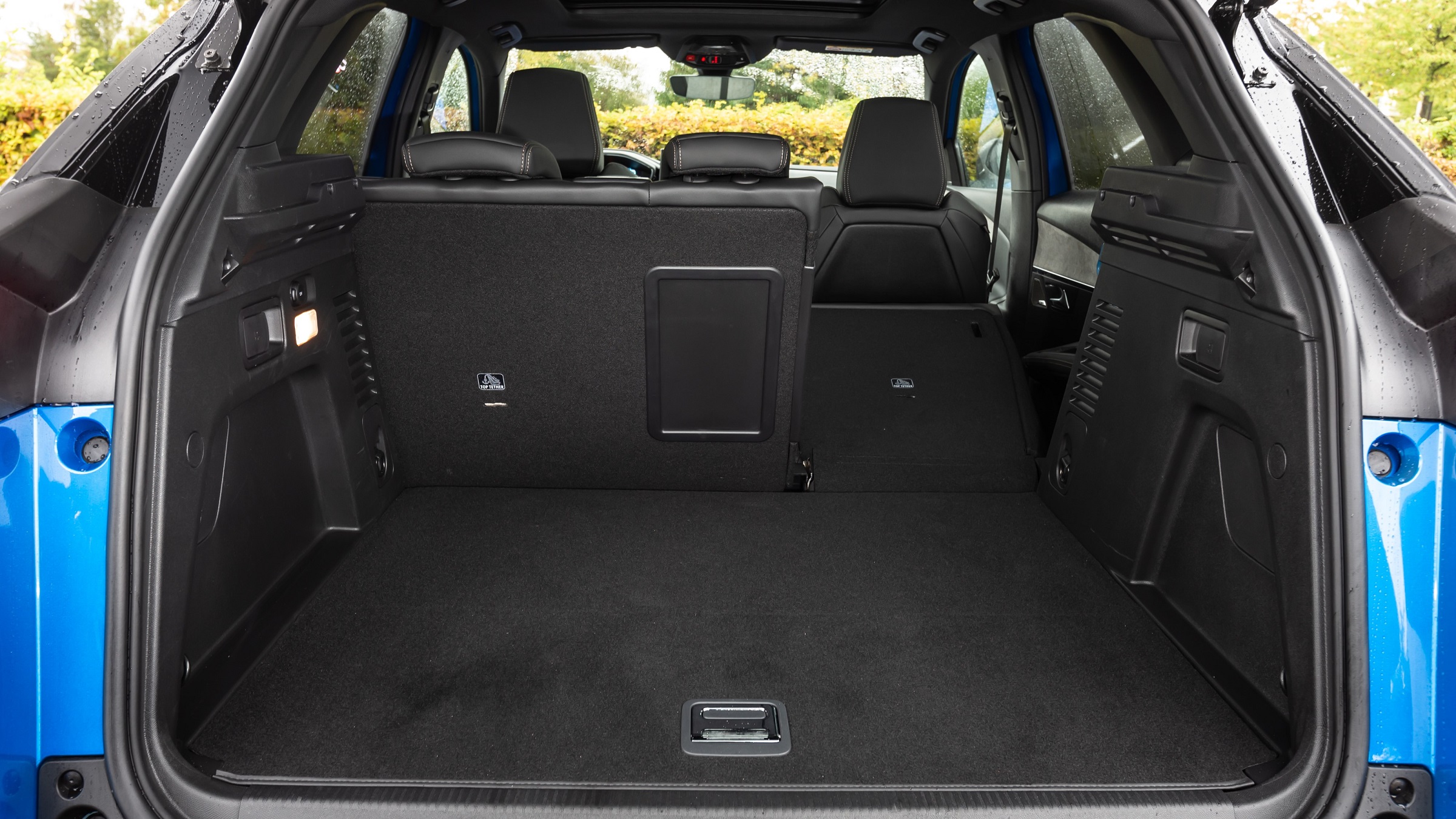 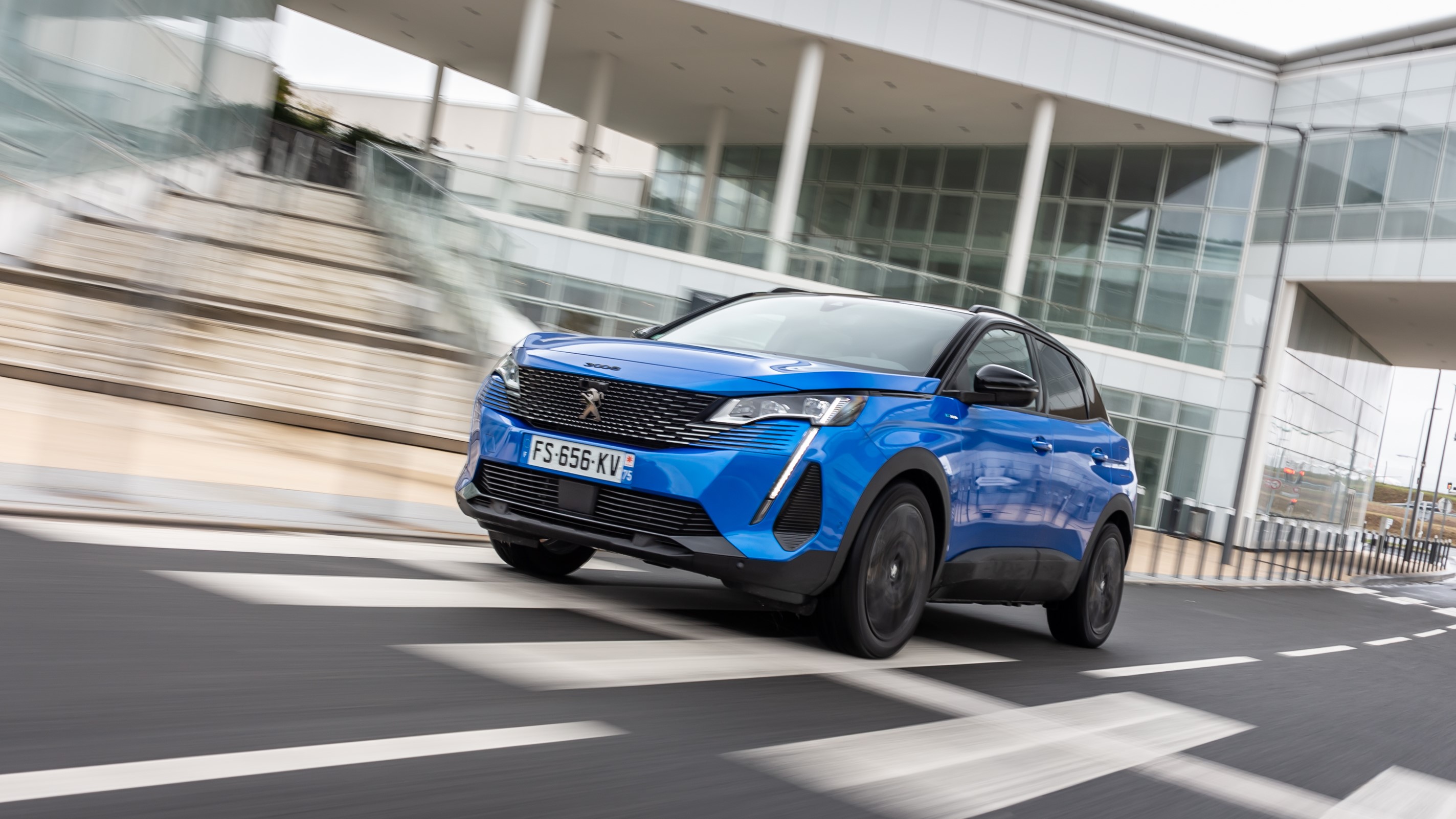 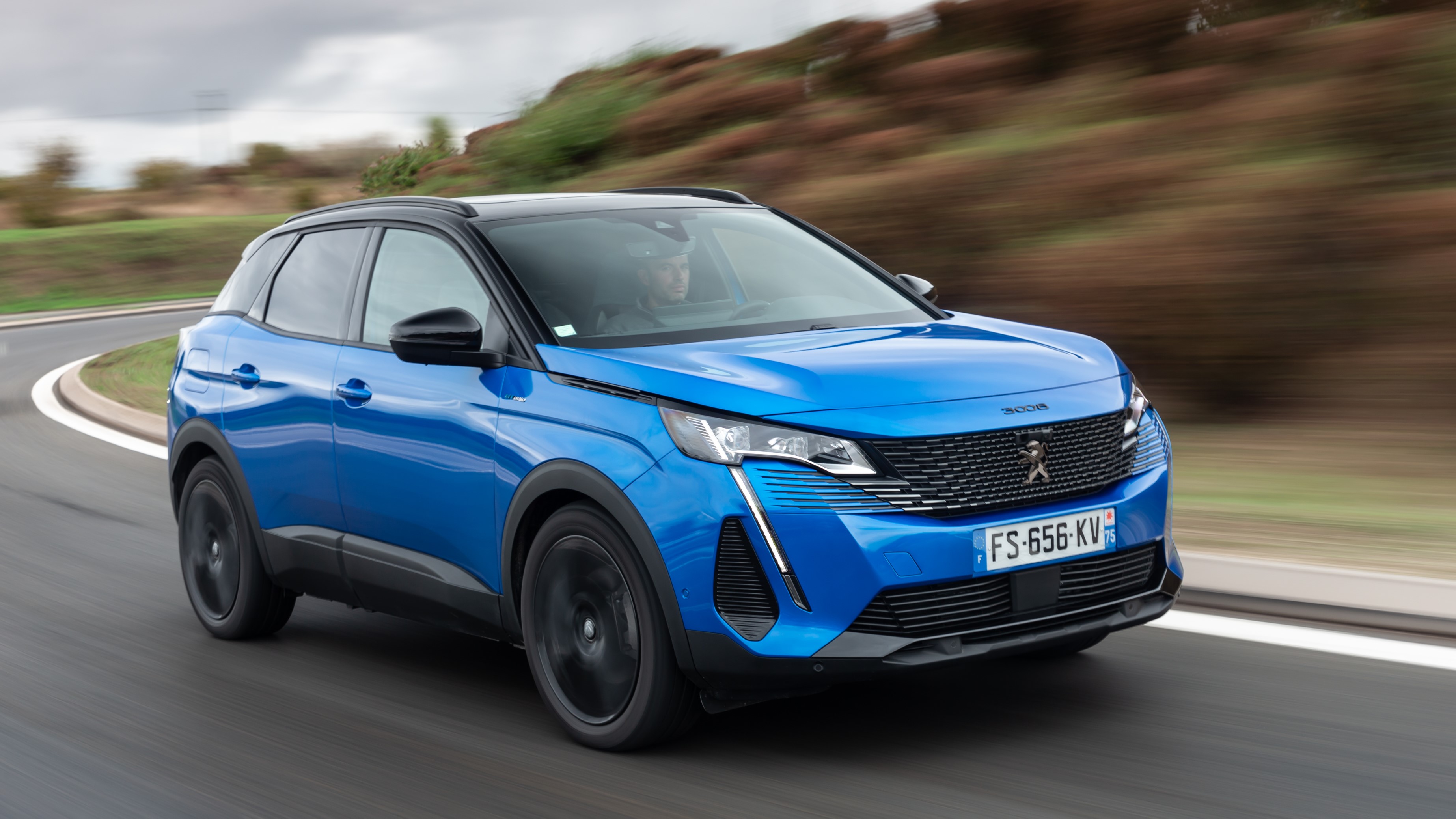 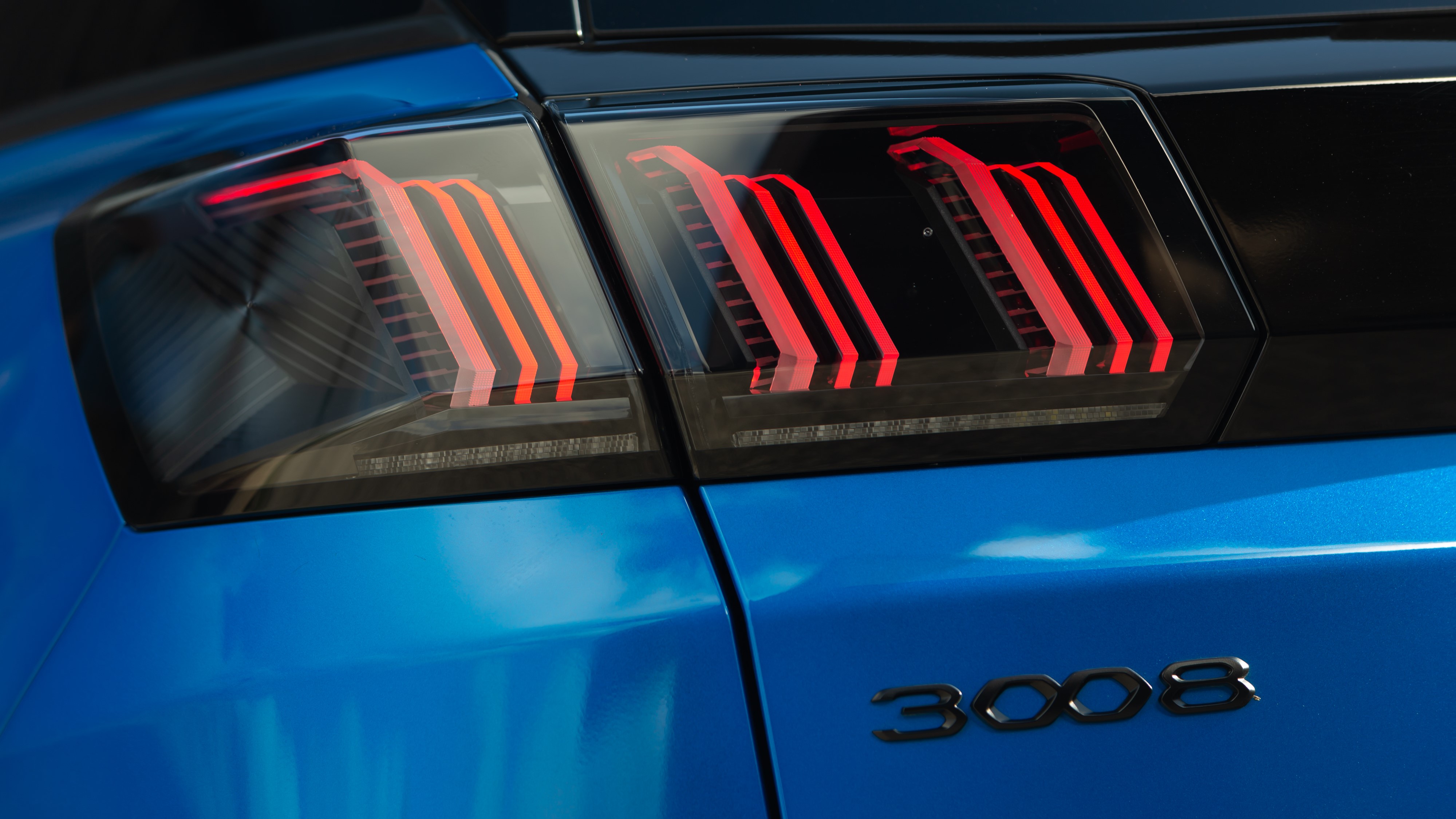 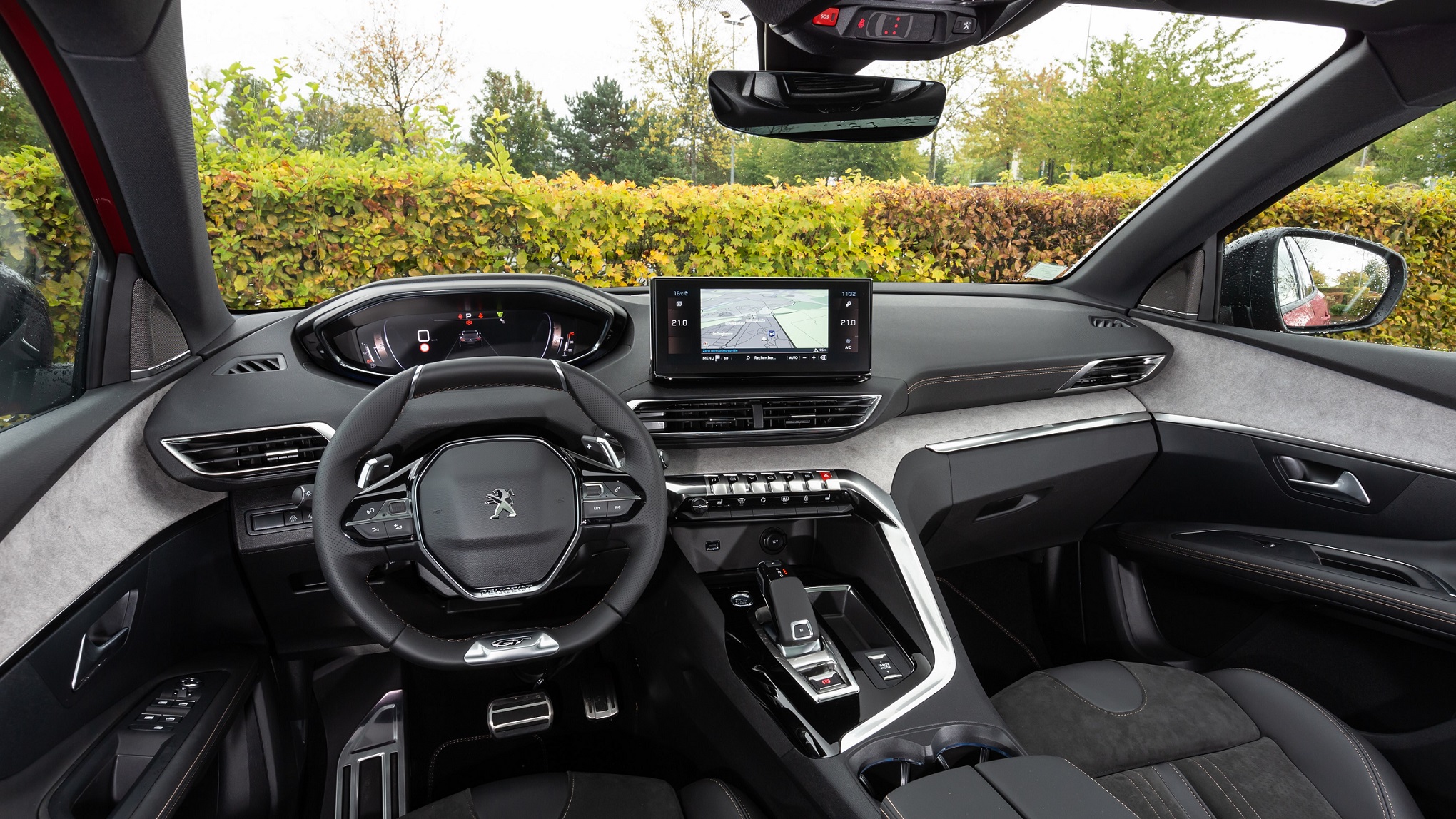 The seven-seat offshoot of the 3008’s Efficient Modular Platform (EMP) is a rarer sight on Malaysian roads on the basis of being pricier and perhaps not as aesthetically cohesive. The very same visual and tech updates that have made the 3008 a touch more desirable have also been applied to the 5008 to positive effect. The wider grille, in particular, seems more suited to the 5008’s amplified proportions; the bulk resulting from the extra 20 centimetres in length certainly seem a little less pronounced in pictures at least.

On top of an extra row of seats – all seats are individual, by the way – the 5008’s bigger frame also accommodates 780 litres of boot space. This can be upped to a whopping 1,940 litres with all the rear seats folded.

As for the engines, plug-in options are curiously missing in the new 5008’s spec sheet, with its petrol line-up being identical to that of the 2021 3008: a 130hp 1.2-litre three-banger and a 180bhp four-pot PureTech mill, both with eight-speed autos. Unique to the 5008 is a four-cylinder two-litre BlueHDI diesel engine rated for 180bhp, which makes perfect sense on paper for a heavier people carrier. Bermaz places a lot of faith in Mazda’s SkyActiv-D engines for its SUVs despite lacklustre adoption rates for oil burners in Malaysia and it remains to be seen if BAASB will follow suit.

With more family-oriented customers listing seven-seat cabins in their new car checklists, the 2021 5008 should add some much-needed French flair in a sub-RM200k three-row SUV market which already hosts the likes of the Hyundai Santa Fe, Mazda CX-8 and Volkswagen Tiguan Allspace. 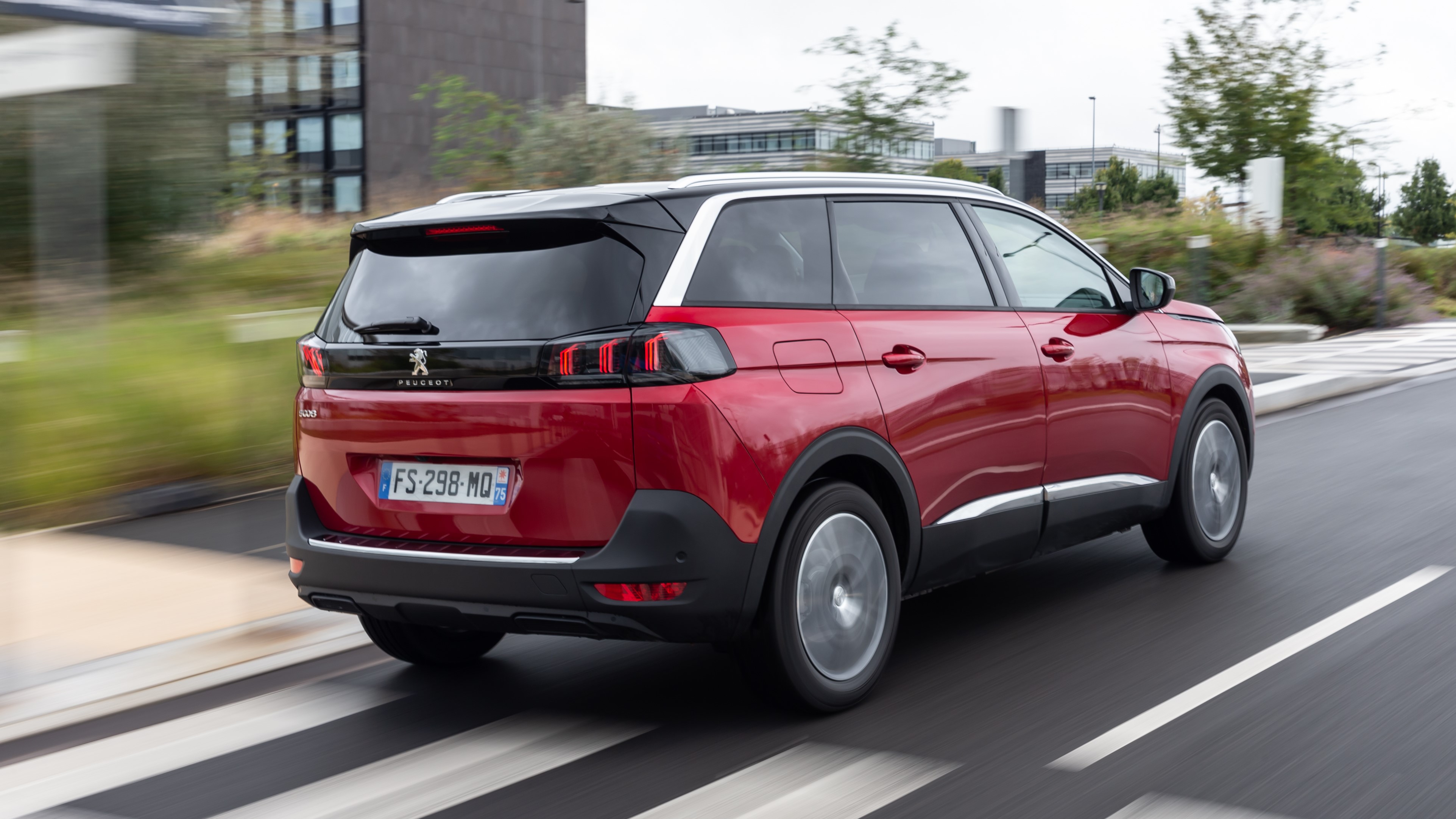