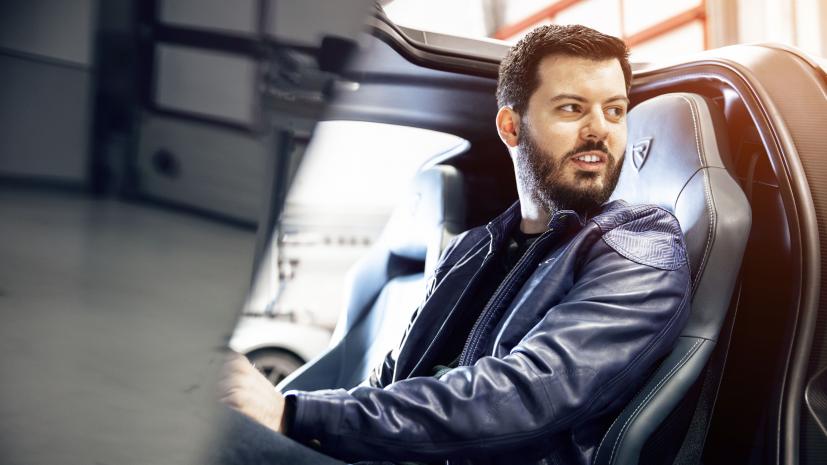 Mate Rimac – it’s pronounced Matty Rimats – can’t keep up. His company is expanding so rapidly that the HQ, in an industrial area 20 minutes outside Zagreb, resembles one of those miraculously ever-evolving buildings in Minecraft. During a whistle-stop tour, it’s impossible not to lose your bearings as one department gives way to another, each containing roomfuls of bright young things rewiring the future. Some have compared Rimac with Elon Musk, but following him through the endless doorways, an image pops into my mind: he has the spry charisma of Gene Wilder’s original take on Willy Wonka. Substitute electricity for chocolate.

Rimac now employs 500 people, of 29 nationalities. There are coders, software engineers, designers, and CFD (computational fluid dynamics) experts. There are also dogs, including Mate’s Japanese Akita, Nala, and the atmosphere is, well, fully charged. We pass a deputation of engineers from an Asian automotive OEM in a stairwell, the latest in many who have come to Croatia to consult this deeply impressive young man. So yeah, Mate’s HQ can’t keep up. No wonder a sprawling new campus is on the drawing board, complete with hotel, kindergarten and museum.

But he also can’t keep up with what’s happening inside his own head. “I got up at 5am, and I’ll be here until 11pm,” he says. “I work day and night and get maybe 20 per cent of what I want to achieve done.

“For example, I’d like to develop a central nervous system for the company that streamlines all of the communication, all the information that’s floating around in emails and after meetings. You still have to call someone up to get an update on a project. No one has figured out a better way of doing it. It drives me crazy.” 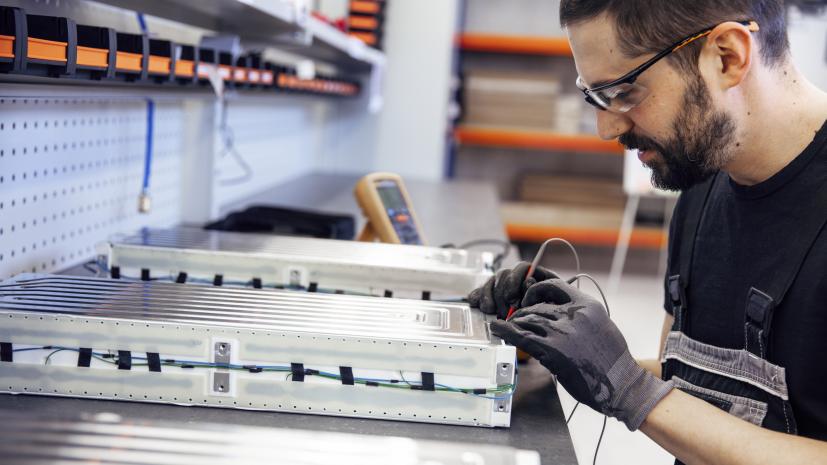 Mate wants to make everything better. If, as most experts believe, we’ve reached ‘peak car’, Rimac is right on the front line of the new world. Whatever you might imagine the future of the automobile to be, Mate has already staked it out. He doesn’t care about rivals ripping off his tech, because whatever they’ve got, he’s already at least two iterations further on. And good luck to them anyway if they’ve managed to copy his stuff. He isn’t motivated by money, despite having personally piloted the first funding round aged just 21, and finding himself a decade later the majority shareholder in a company with a market capitalisation rumoured to be $500m (RM2b).

“I’d buy a bunch of cool cars, an SLR or Carrera GT,” he says, “but I’m not materialistic.” He despairs of the car industry’s addiction to NDAs and its generally old-school reflexes. “We’re open, but not as open as I’d like.” As to the very future of the business itself, brace yourself.

“Is the traditional car industry screwed? Totally. There is such a s**t-storm coming. Some of the big OEMs will manage the transition and switch from being a product company to a service company, but they’ll still have legacy issues. Others think it’s all going to happen incrementally. I think they’ll be shocked how fast it’s going to change.” 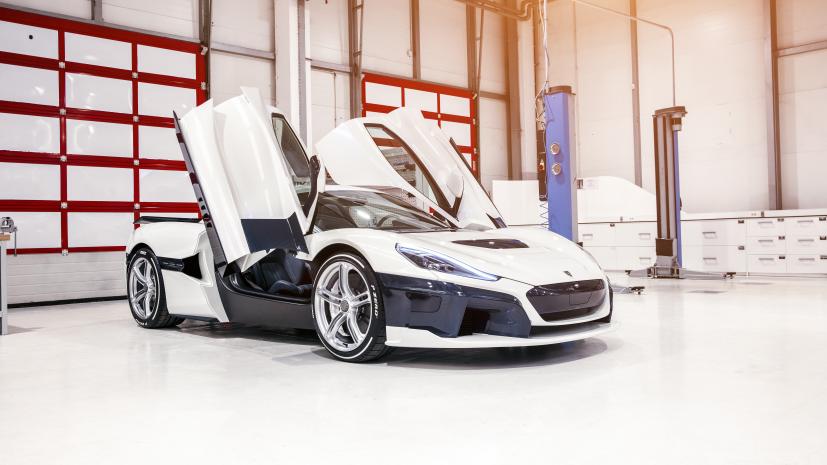 We’ll circle back there, but first there’s the Rimac C_Two, the $2m (RM83m) pure-electric hypercar that proves his dream of joining the likes of Koenigsegg and Pagani on the runway of automotive ambition is fully realised. In light of everything else going on, and his increasingly pivotal role in a world that’s now fully lit on his core business, it’s tempting to wonder why Rimac is bothering. But the fact is this former schoolboy electronics prodigy is also a die-hard car guy whose Eureka moment occurred when he blew up the engine in an old E30 BMW 3-Series.

“I turned 18 and wanted to go racing, so the cheapest way to do that was to get into drifting. So I bought an old BMW 3-Series – rear-drive. It had a shorter diff which I welded – and made sure I had some spare tyres. I did two events before the engine blew up, and wanted to replace it with the 4.0-litre V8 in the E39 M5. That was way too expensive, so I installed an electric engine instead." 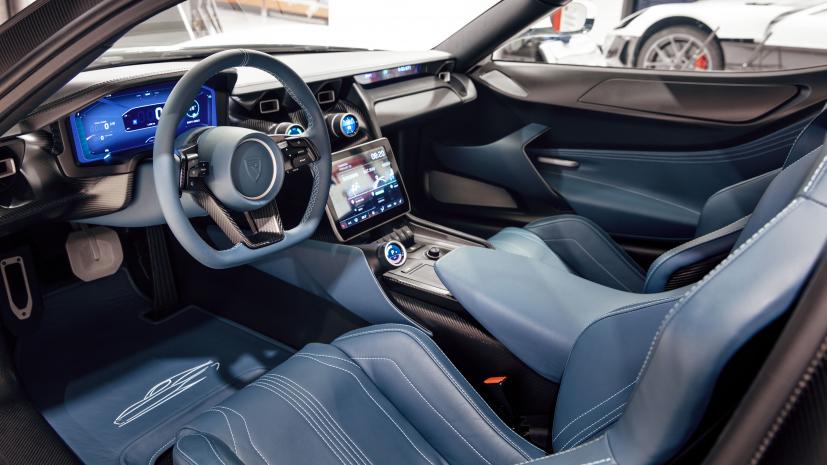 I was fascinated by them, and although there were EVs around back then, they were boring Excel spreadsheet cars, designed by people who didn’t really like cars. I wanted to make cars better and more exciting by electrifying them. I could see the potential and I couldn’t understand why no one else could. Look, even the Aston Martin Valkyrie is a better car because of electrification [its Rimac-supplied battery pack is on display in the reception area]. The Rimac C_Two will do things not possible with a traditional powertrain. It’s the fastest accelerating and most powerful road car ever built.”

We’re talking 415 kph and 100 kph in under two seconds. It’s what electric cars can do, as we now know. It also looks great, if less concepty than the Concept One (as comprehensively crashed by a former TopGear television presenter – “That was a difficult day. People tell me it’s the best thing that happened to us, but I’d rather it hadn’t”). But other things strike you harder than its appearance: it is magnificently well-made, it’s underpinned by a full carbon-fibre monocoque that makes McLaren’s monocell look a little underwhelming, and its interior uses the sort of proprietary tech you would think way beyond a player this size. There’s facial recognition to get in and start it, the car is set up for level four autonomy, and there’s even a tutor mode to show you the perfect lap of a racing circuit. Autonomously. 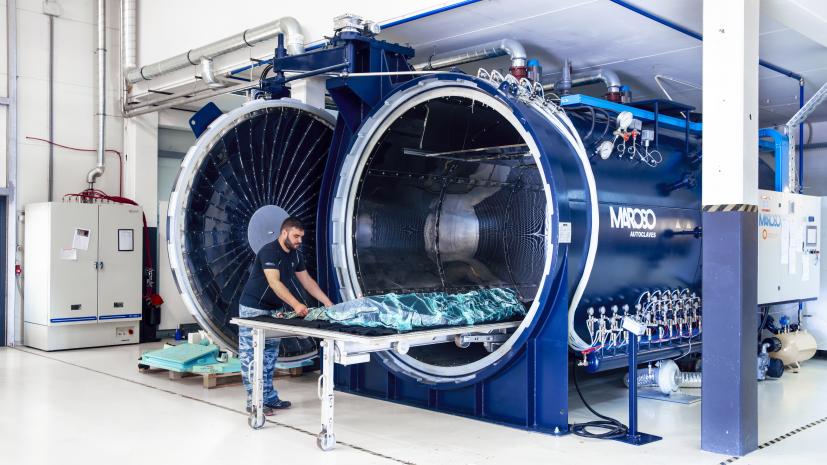 The architecture encompasses an 8600-cell, 120kWh battery pack in a T shape along the C_Two’s spine and behind the passengers. There are electric motors on each corner, and a power output equivalent to almost 1,900bhp and 2300 Nm of torque. If it sounds similar to the Pininfarina Battista’s, that’s because it is. Rimac supplies Pininfarina, among others, and manufactures almost everything in-house. Milling machines drill and zuzz as they make the outer hardware encasing the batteries. We enter a room full of high-voltage orange cables. There are autoclaves to bake the carbon. Rimac is the epitome of vertical integration. In fact, the place it most reminds me of is the Merc-AMG Formula One facility in Brixworth. 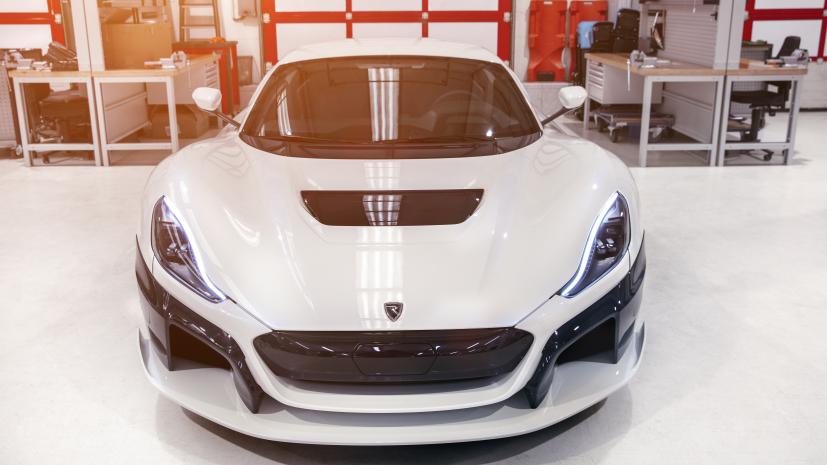 “At the beginning, I just wanted to make a cool car,” Mate says. “Then all the business stuff sucks you in. It’s like a perpetual motion machine. If you’re venture capital funded, everybody expects a big return. You either go big or you fail. When you’re under that pressure to achieve, you have to push like crazy. Maybe if I could go back in time, I’d do it more like Pagani, less exponentially. It’d make my life easier, but really it had to be this way.”

Wouldn’t it also be easier to concentrate on the supplier stuff? Mate’s eyes darken a little. “The car is our showcase. We have the bosses of big OEMs coming here; their revenue is several times Croatia’s GDP. If we were just a motor or battery manufacturer, they’d never hear about us,” he says firmly. “In Geneva, we were right next to Audi, Lamborghini and Porsche, and the car is the best marketing tool. We have the freedom to design it as we want. That’s the logical reason. The less rational one is, I just want to do it. But it has to be a business, it has to make money.” 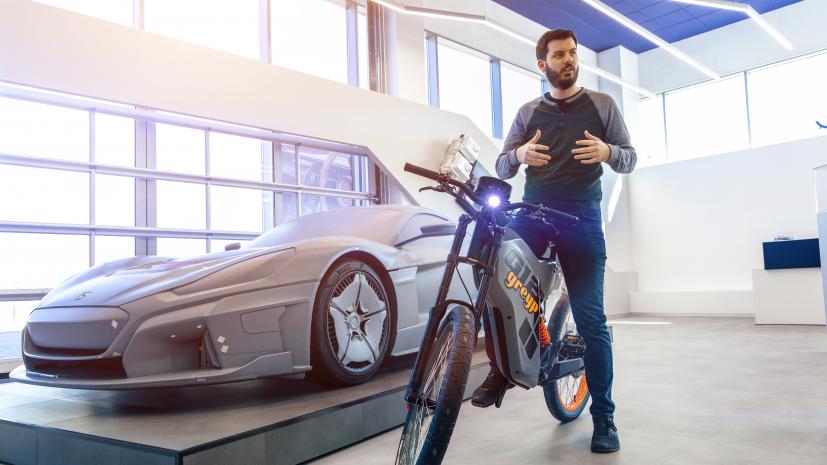 Now he sounds like Enzo Ferrari. Rimac’s journey certainly hasn’t been without struggle. “I always loved cars. I was born in Bosnia [in former Yugoslavia] in a very rural area. It still is. Back then, there were just gravel roads, so cars were really rare. My mother was 19 when she had me; my father was still at university. At that time, it was totally normal to get married at 17 or 18 and start having kids. Bosnia 30 years ago was like the UK 100 years ago. Really. Everyone lived off the land.”

The family later moved to Germany, and Mate’s father later did well in the construction industry. Rimac’s early days were fraught, its debut at the 2011 Frankfurt show made by the skin of their teeth – a team of three sleeping on sofas and working 24/7 to get the first car done. “I asked them not to put us in the hall with all the electric freaks,” Mate laughs. In 2017, Rimac’s revenues were €20.2m (RM155m), but investment in the new car pushed them into the red again. Porsche invested €18.7m (RM103m) last June, and Mate says another big investor is about to be announced. “We have so many decisions to make – we have to move very fast,” he says. “We’re talking internally all the time. We’re doing too much, let’s focus. Apple isn’t known for doing a hundred things; it does five things well. So let’s be Apple, not Panasonic or Sony. But then I always want to do everything because I feel we can do it better. We often decide not to do something and end up doing it anyway.”

Then there’s that bigger picture. Mate asks me if my kids like cars – no – and says his brother, who is 14 years his junior, just doesn’t get them. The world is changing fast. China’s love affair with the car has hit a seriously rocky patch; sales declined by 18 per cent in January, and Ford’s China operation, to give one example, lost $534m (RM2.2b) in the fourth quarter alone last year. In 2018, 550m Chinese took 10 billion rides with the Didi ride-hailing service, Bloomberg’s Businessweek reported. That’s double the number Uber provided globally. Mate Rimac, you just know, has this data spooling round his brain. “If we were starting now, we wouldn’t do a car with a steering wheel. It’s obsolete. People look out at the parking lot here and ask me, ‘When will it be all-electric?’ When will the petrol cars disappear? It will never be all-electric. It will be 10 per cent all-electric and then there will be no parking lots at all because the business model is changing completely.

“In the past 100 years, you had the car company and the suppliers, and the dealers who sold the end product. Now you have the mobility provider, Uber for example, you have the car company still producing the car but it’s using someone else’s AI to do the driving. You’re not selling the car on the cost level but on a per mile service basis.”

He pauses for breath. “There are so many more players in car services that you can monetise. And if the car costs $10k and has a lifespan of, say, a million kilometres, and you can carry advertising inside it, it should be possible to make transport completely free.”

Mate Rimac has no trouble keeping up. Can you?