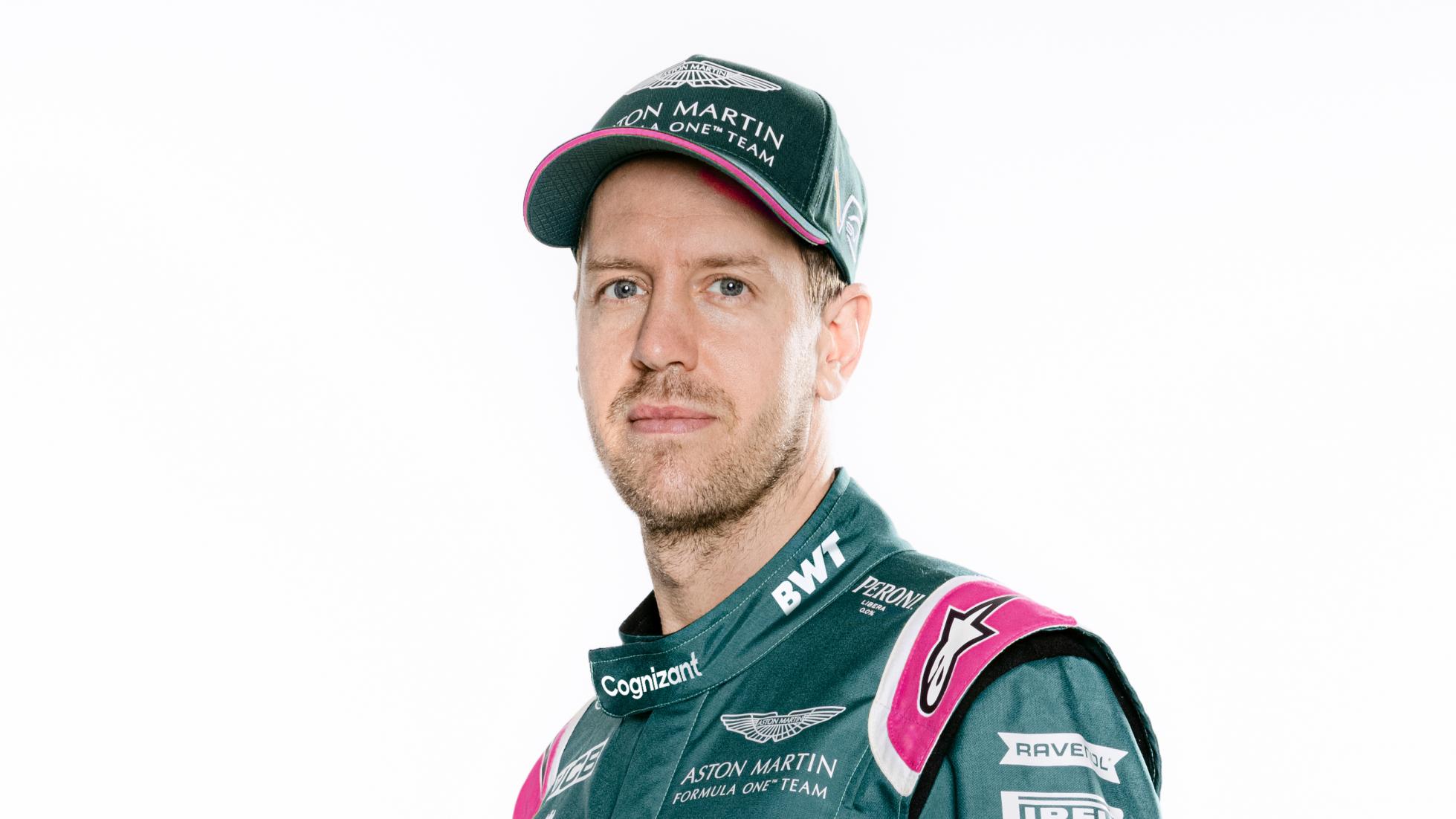 TG (Ollie Marriage): So Seb, you give each of your F1 cars a name. When you were at Red Bull we had Kate, Liz and Mandy, your last three Ferraris were Loria, Lina and Lucilla. What’s your first Aston Martin going to be called?

SV: The problem is I don’t know yet. James would be a bit too obvious. But you know I’m thinking about it and playing around with the Bond theme, but it’s a fun thing and it’s always been a female name, so check out all the Bond girls to see which one is the best match.

TG: That’s quite a good tip.

SV: I was going to say we should meet them all, but some of them are the age of my grandmother.

TG: What was the sales pitch that Lawrence Stroll and Otmar Szafnauer gave you to get you to Aston Martin?

SV: I don’t know if there was such a thing as a sales pitch. We had a really good open and honest conversation and they shared their vision and their view of the team and that grew the interest in me and very quickly we got to a point where we said, okay, let’s do it. Contract negotiations and all this was very straightforward. Usually the point that you talk about most is the salary and this was done first time, no problem. And the reason I say this is because the biggest driver behind [me joining] was really the vision and the motivation behind the project, the relaunch of Aston Martin, the growth of the team. I think it’s all very exciting.

TG: We’ve read that you took a big pay cut, but of course it’s still a hell of a lot of money [rumours suggest around £15 million] so we’re guessing what’s attracted you isn’t just the driving but the chance to build this team up into something.

SV: I know that I’m in a very privileged situation, but it [money] never has been [a motivation] and is not now. I love racing. And I’m really looking forward to the racing this year. And racing means not just racing the car and enjoying the driving, but also working with people who are like-minded, obsessed with finding another couple of thousandths, obsessed with optimising, to think of new ways around a problem. That for me is racing, it’s not just turn up drive and go back. It’s really living and breathing the whole together with like-minded people.

TG: What about hopes and expectations for this year for you personally and for the team? Otmar told us-

SV: Well, it’s hard to give you a number…

TG: Otmar [Szafnauer, Aston Martin F1 CEO] told us that third in the championship is the aim.

SV: Yeah, the team finished fourth last year and maybe should have finished third, so that’s the obvious target. But obviously, for me, I’m new, I don’t know the team, the car… it’s a bit hard to say. But normally after a couple races, you know where you are, so I think we have to be patient. We need to focus on ourselves and not worry about stuff that is not in our control. Obviously, the favourites are going to be Mercedes and probably the number one challenger is Red Bull.

TG: How good will it feel sticking one to Ferrari?

TG: Is a win possible this year? Sergio [Perez] got one last year.

SV: I don’t know is the honest answer. It depends a little bit where we are, how competitive we will be right from the start. Obviously, nowadays, every team in Formula One is at a very high level, so errors are practically non-existent. So it’s very difficult to break the force on the top two or three steps of the podium. But that’s what we’re trying to challenge.

TG: Have you been able to travel to the factory?

SV: I have – obviously limited and not as easy as normal – but it’s helpful for the simulator to be able to get the eye in and to get some training.

TG: Do you have a simulator package at home that can help you at all?

SV: I have one to play, but it’s not of any use for the engineers here. Probably they would love to join me on that just to have fun. But the F1 sim is a different beast, you know, it’s much more complex, a lot more calculations in the background, because we obviously try to simulate as accurately as possible the way the car behaves, rides over curbs, over bumps of the track. We do set up changes, we try to replicate the tyre model. It’s a lot of calculating power, a never-ending process of developing a game to be more realistic. 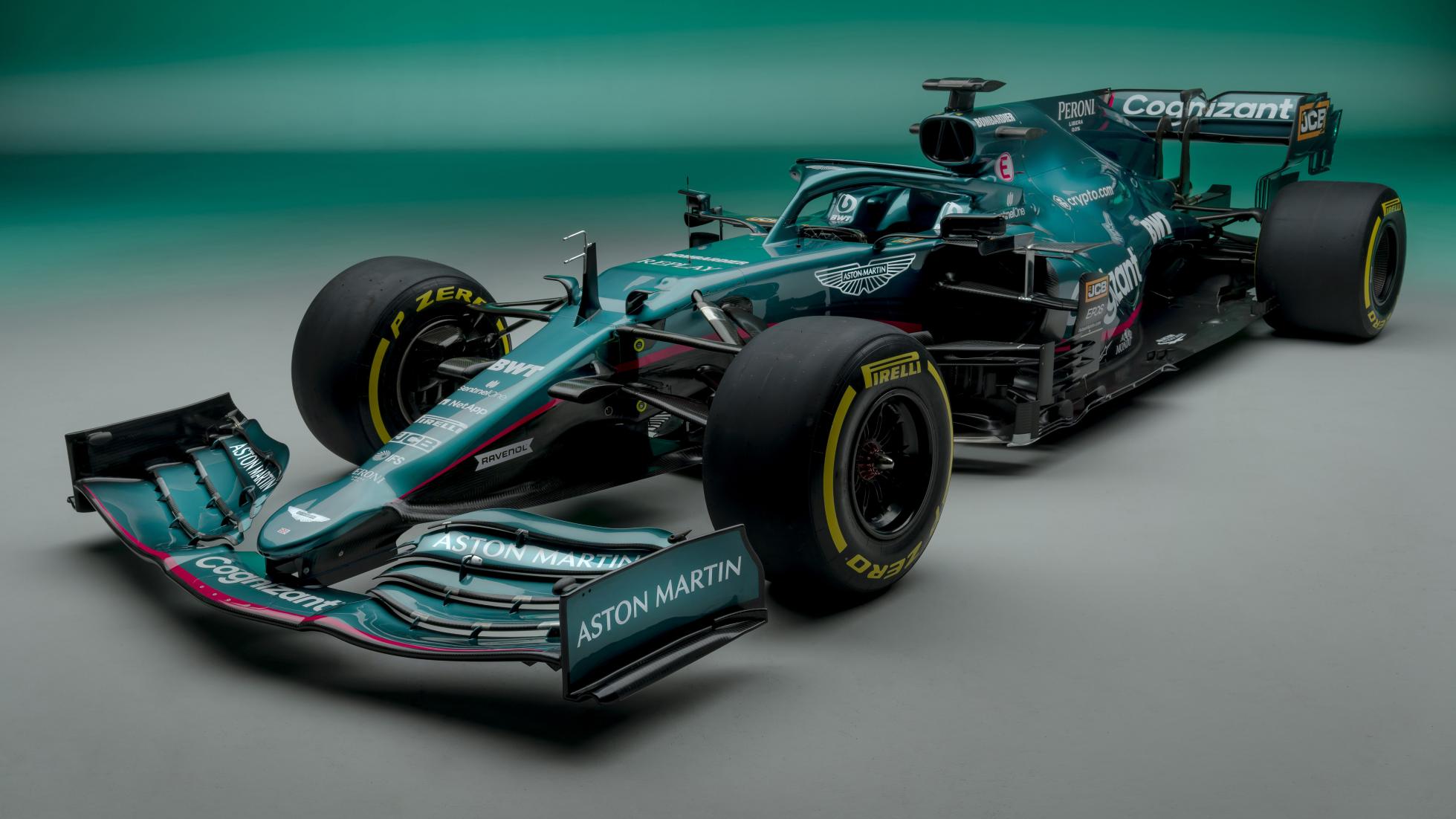 I don’t look at it as a sort of revenge type of thing, it doesn’t motivate me

TG: Can you get an idea of the car from the sim? Do you know what sort of circuits are going to suit it?

SV: Yeah, from the sim and also from the engineers. I mean, I’ve been around for a while, and I think I can I get a reasonable idea. But obviously, I don’t know how it feels yet. I will from the first test onwards, but given there’s so little time [between the first test on 12 March and the first race on 28 March], the key will be to get used to the car and the new environment.

TG: Your contract as an Aston Martin driver seems to be quite open ended and possibly quite short term, and you’ve spoken previously about being tempted to retire? If so, would you stay within the sport, maybe have a role in management? How do you see things panning out?

SV: I see myself in the cockpit wearing a helmet at this stage. Beyond that, I don’t know. Obviously last year I gave it some thought, but I think it’s all a bit far away still. But definitely not seeing myself on the pit wall. Or even worse, jumping up and down the paddock [as a pit lane reporter]. So I think in this regard, once it’s done, it’s done. I think it’s healthier to move on and do something else. Obviously, racing is a big part of me, but it doesn’t mean that I have to put my face into the camera regularly.

TG: Let’s move on and talk road cars, because we know you’re well into them. What did Ferrari give you while you were there?

TG: Really? And with Aston?

SV: I’m looking forward to getting a DBX.

TG: That’s for at home we guess? Anything else while you’re out and about?

SV: I need to first have a couple of good races. And then I’m sure I can chat with Lawrence to be able to give some feedback about the car and the way it behaves.

TG: Are we right in thinking you’ve got a Valkyrie on order? That’ll be you getting back in a Newey-designed car. What will you use it for? Bit of a busman’s holiday driving it, surely?

SV: It’s an exciting car, an exciting project. Technically I can say for getting from one place to another but I think the car is different to that, it’s not your daily drive. And obviously, I have been part of it a little bit behind the scenes, just because I know the people involved - you mentioned Adrian – and it’s been a longer term project and unique, something we haven’t seen before.

TG: Will you be able to get involved with the road car development? After Valkyrie, with Vanquish and Valhalla and other cars coming along?

SV: Well first of all, there’s a lot of stuff to do for me here. So maybe when time eases off. It’s an exciting project for us to have the strong link with Aston Martin road cars.

TG: OK Seb, thanks very much.

SV: Thank you Ollie. By the way, what’s the red car in that picture on your wall? [we’re on a Zoom call]

TG: A sketch of a concept Vauxhall Astra.

SV: It looks so much better than the actual car. They’re not allowed to make good looking Vauxhalls.