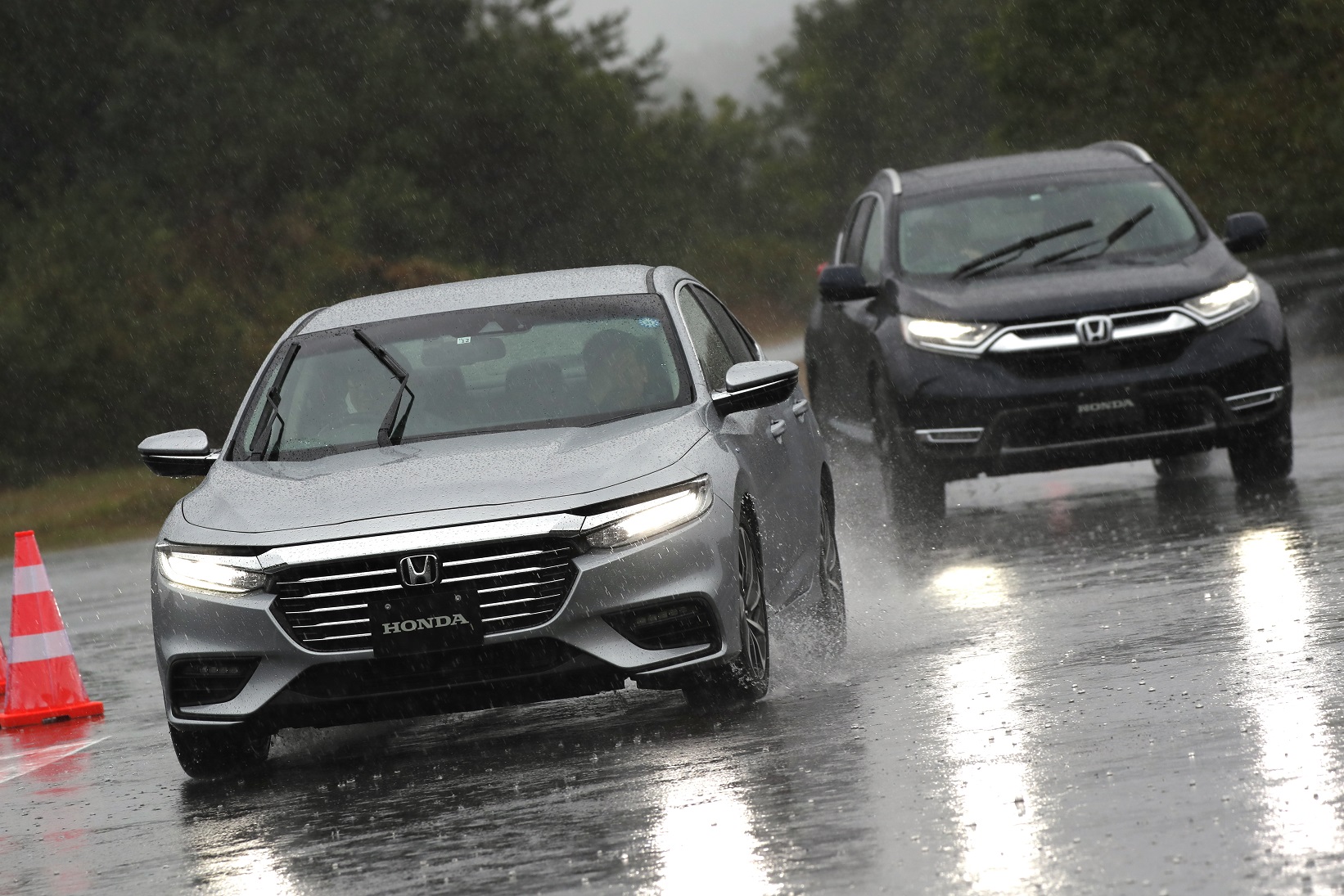 When Honda launched the fourth-generation Jazz at the Tokyo Motor Show recently, it revealed that hybrid variants of the popular hatch would run on a powertrain consisting of two electric motors called e:HEV. It sounds like a big leap from the brand’s old IMA models or even the i-DCD hybrids sold by Honda Malaysia at present. But Honda already employs a two-motor setup in newer i-MMD hybrid models like the third-generation Insight and CR-V Hybrid that have yet to be made available locally.

In the spec sheets of said i-MMD (Intelligent Multi-Mode Drive) models, Honda lists e-CVT as the transmission being used to channel both electric and gasoline outputs to the wheels. However, e-CVT is an oversimplification of the actual moving bits – or lack thereof – under the hood. Honda’s i-MMD models simply do not have a transmission. Yes, you read that right: these cars have NO gearbox. Not in the traditional sense at least. 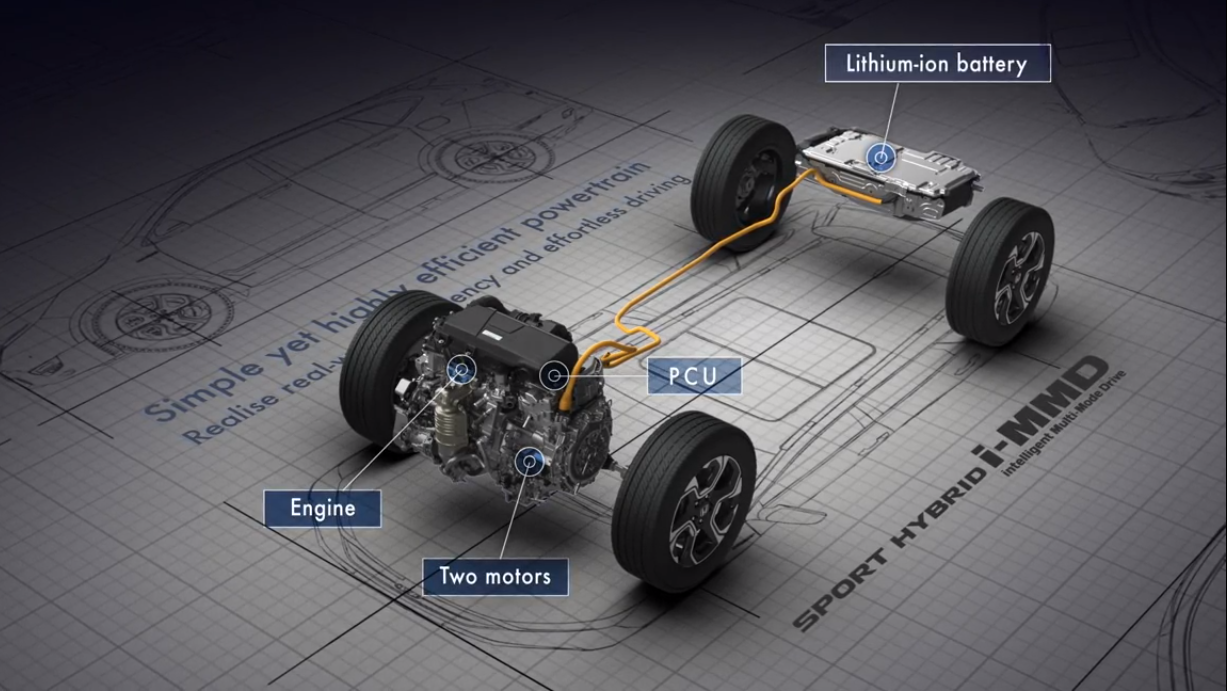 In Honda’s unique i-MMD layout, an Atkinson cycle petrol mill sends power directly to the wheels via a high-capacity lock-up clutch. Since there’s no gearbox or conventional form of torque multiplier, this output is delivered at a fixed ratio. This limits the suitability of engine-only propulsion to high-speed cruising, with other mobility demands being met by the aforementioned pair of electric motors.

A traction motor is the main driver hooked up to the wheels here, and it’s backed by a generator motor which draws power from the engine to supplement the traction motor’s battery supply under high-load situations such as overtaking or going uphill. This architecture will likely form the e:HEV powertrain underpinning the upcoming Jazz Hybrid. And we managed to get a quick feel of how it’s like, albeit in i-MMD-labelled format, behind the wheel of the 2019 Honda Insight and CR-V Hybrid at the Twin Ring Motegi just a week after the circuit hosted the Japanese leg of MotoGP... in an empty parking lot. Bummer. 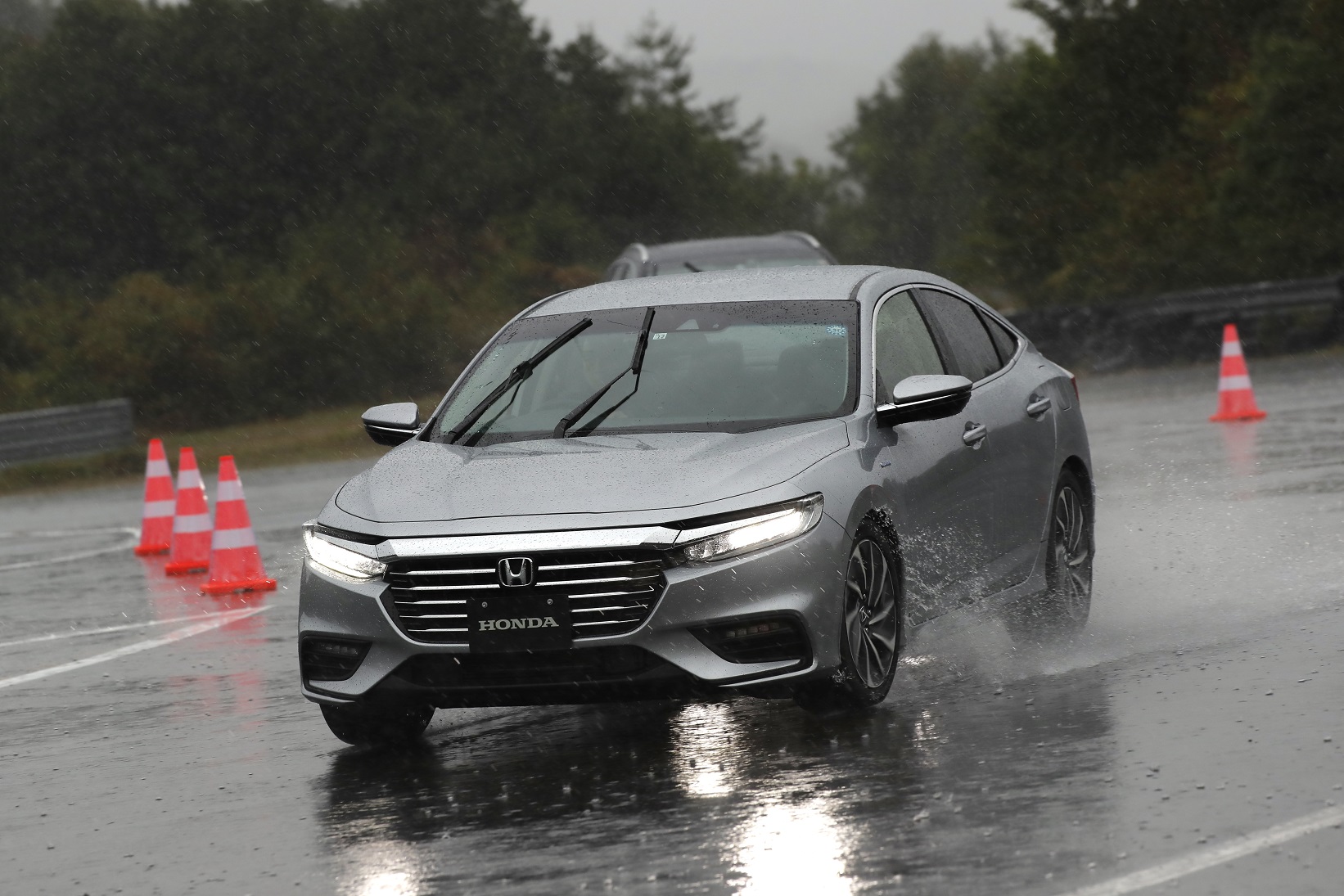 The third iteration of the nameplate that started Honda’s electrification journey back in 1999 shares the Civic’s 2,700-mm wheelbase but occupies a marginally bigger footprint. Paired with its sophisticated design approach, the dimensions add a welcomed sense of maturity to the Insight’s overall package, making it feel like a natural step up from the Civic in tech and refinement despite their similar silhouettes - a worthy successor to the Accord at a time when sustainable mobility seems easier to market than oversized saloons.

Though nowhere as sporty as the Civic 1.5 VTEC Turbo, the Insight’s 1.5-litre Atkinson mill and 96kW electric motor (151hp and 267Nm combined) do a good job of keeping the driving sensation natural and cultured. We only got three laps as a driver, with another three as a passenger, but the general consensus is that it’s a mighty smooth and quiet car that fits into the C-plus segment very well. That it’s spacious in the rear and sips just 2.9l/100km (based on the JC08 test cycle) is only a bonus for potential buyers should Honda Malaysia decide to bring the Insight in, or adapt the 1.5-litre hybrid powertrain to Sport Hybrid models currently sold locally. 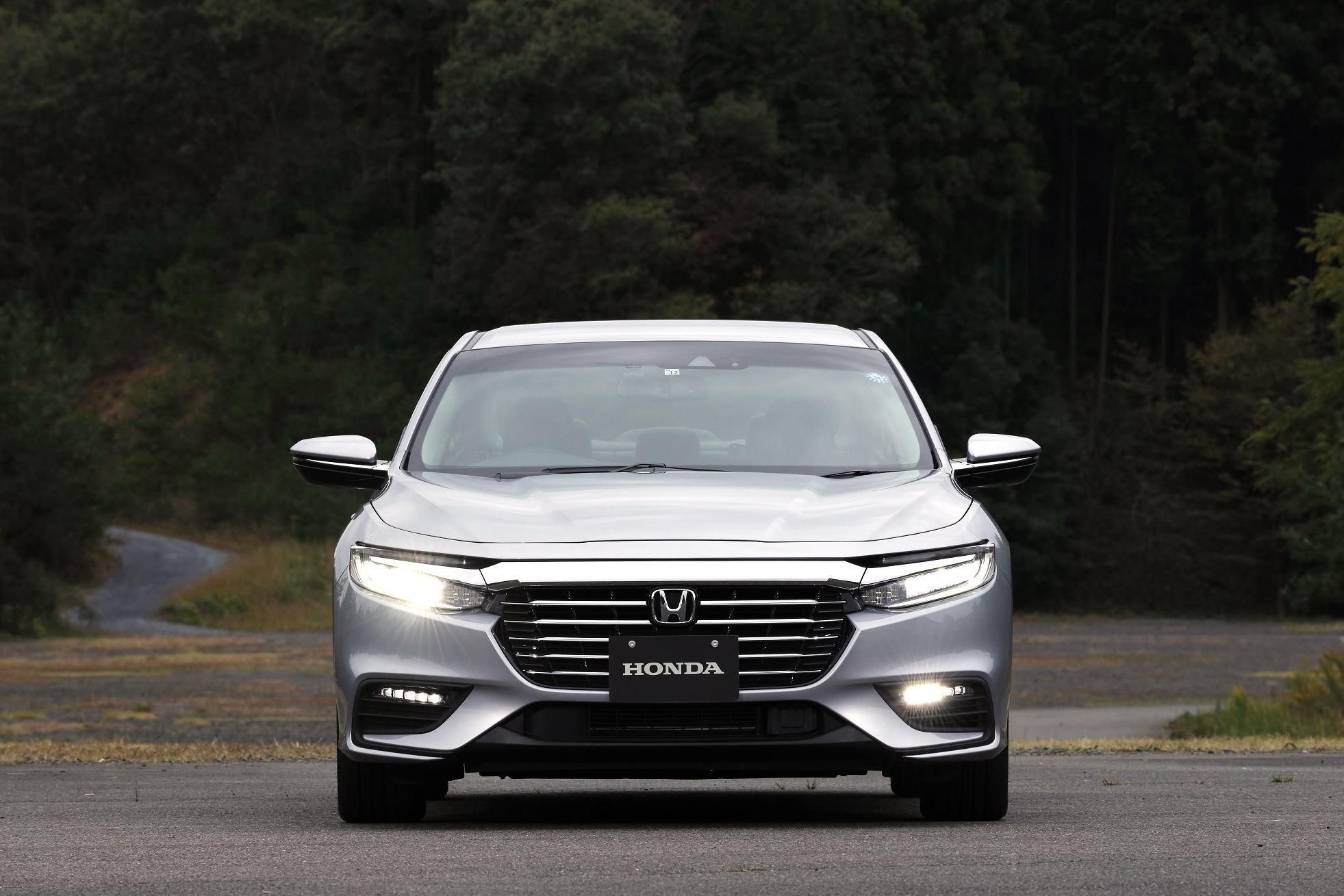 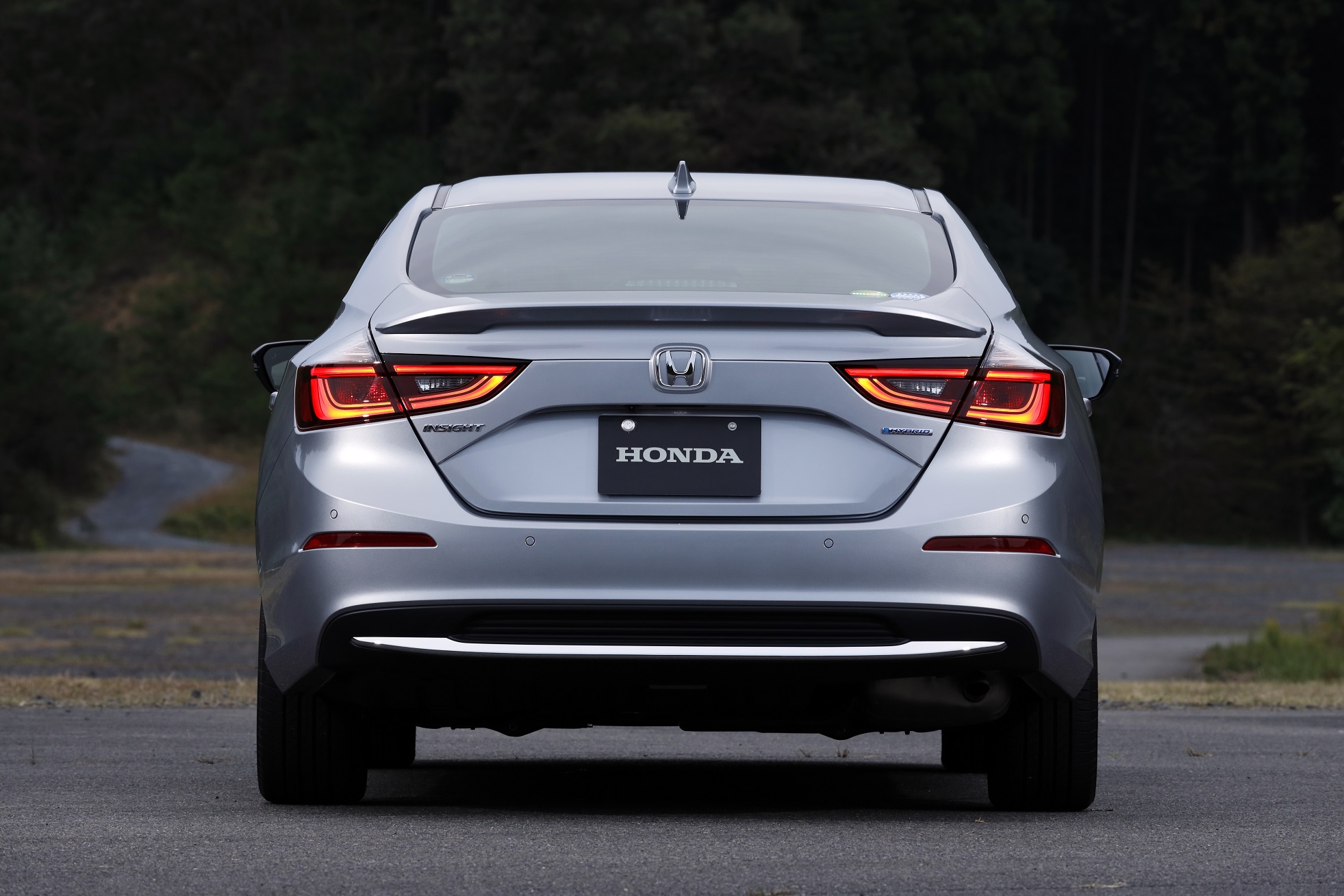 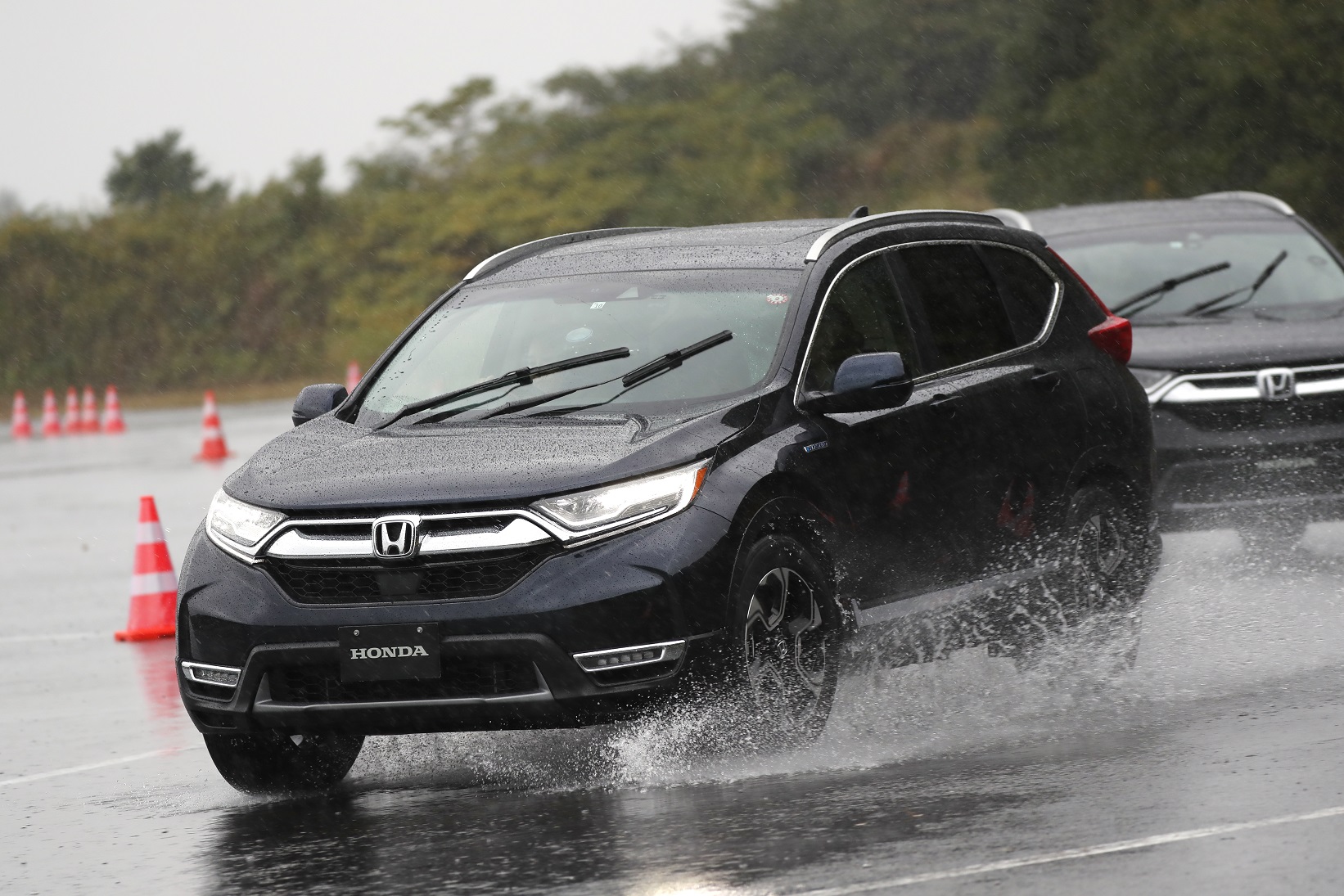 The i-MMD variant of Honda’s exceedingly popular SUV matches its pair of electric motors to a two-litre mill for a combined output of 181hp and 315Nm of torque. The first thing we noticed upon getting into the driver’s seat is the absence of a gear knob in the hybrid – this is a gearless car after all! A set of buttons that replaces the traditional lever should convince CR-V suitors put off by the recent spate of gear knob quality issues faced by owners. But the bigger ownership advantage is easily not having a gearbox to service; Honda claims the clutch that links the engine to the wheels is maintenance-free and should not require replacing as well.

On the move, the electrified CR-V doesn’t seem to share the Insight’s composure, with the former’s shift between electric and hybrid driving being a touch more jarring, and audibly so. The gymkhana-style track layout probably favours the lower-riding Insight anyway, with the relentless weather adding another layer of difficulty to the test drive. Going by memory, we’re still convinced the 1.5 VTEC Turbo is the one to have. But the Hybrid’s 4.0l/100km JC08 economy figure should not be taken lightly. 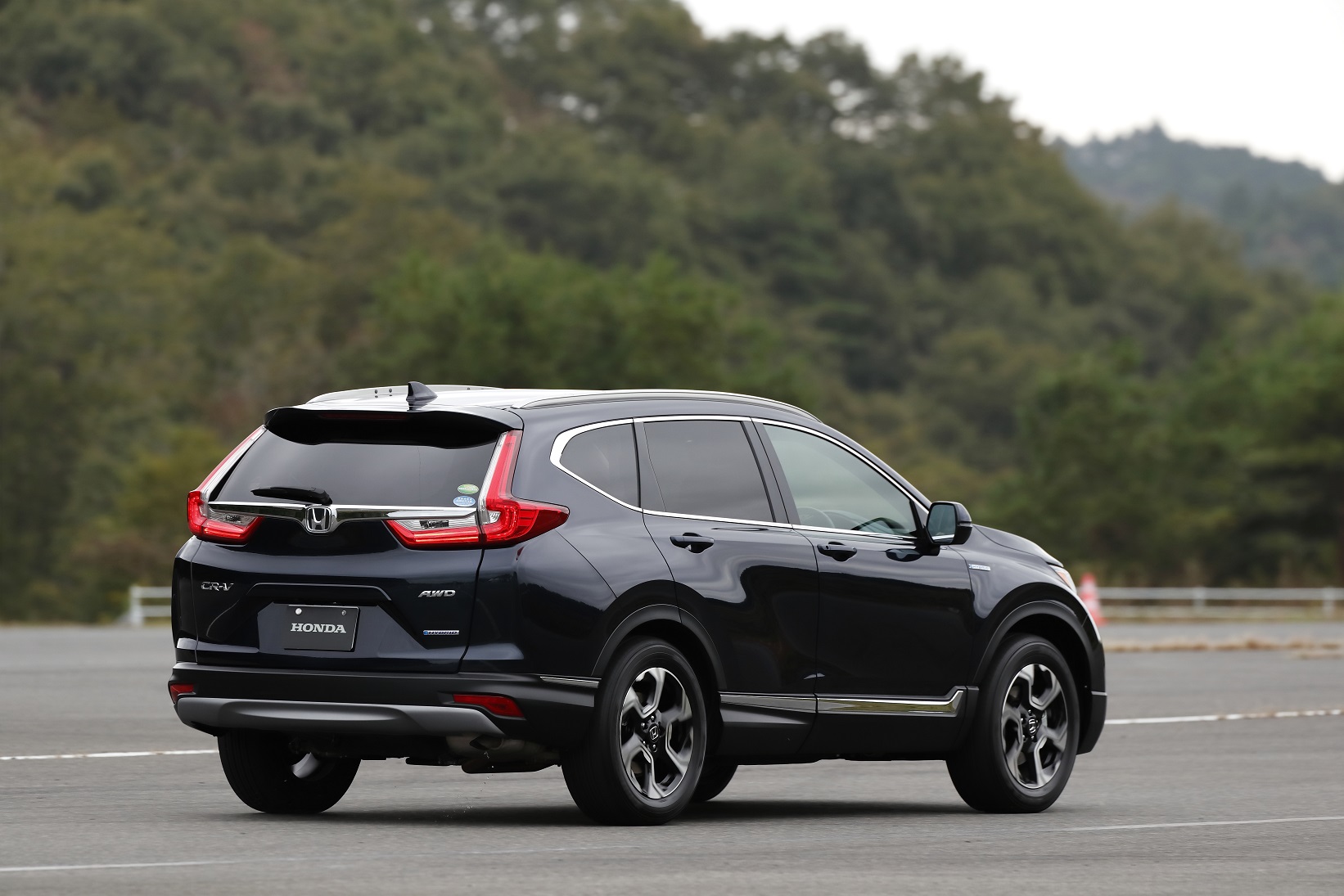 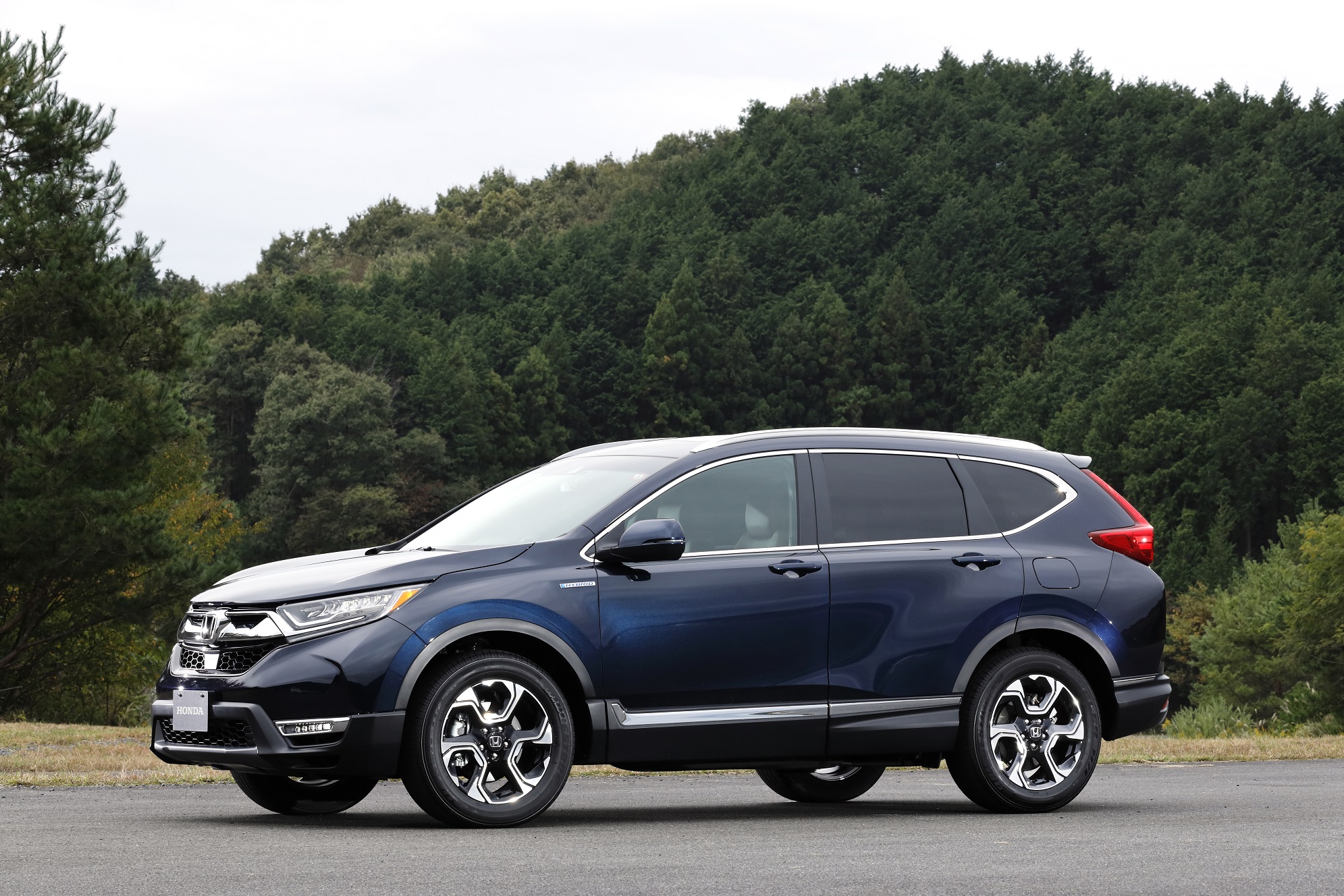 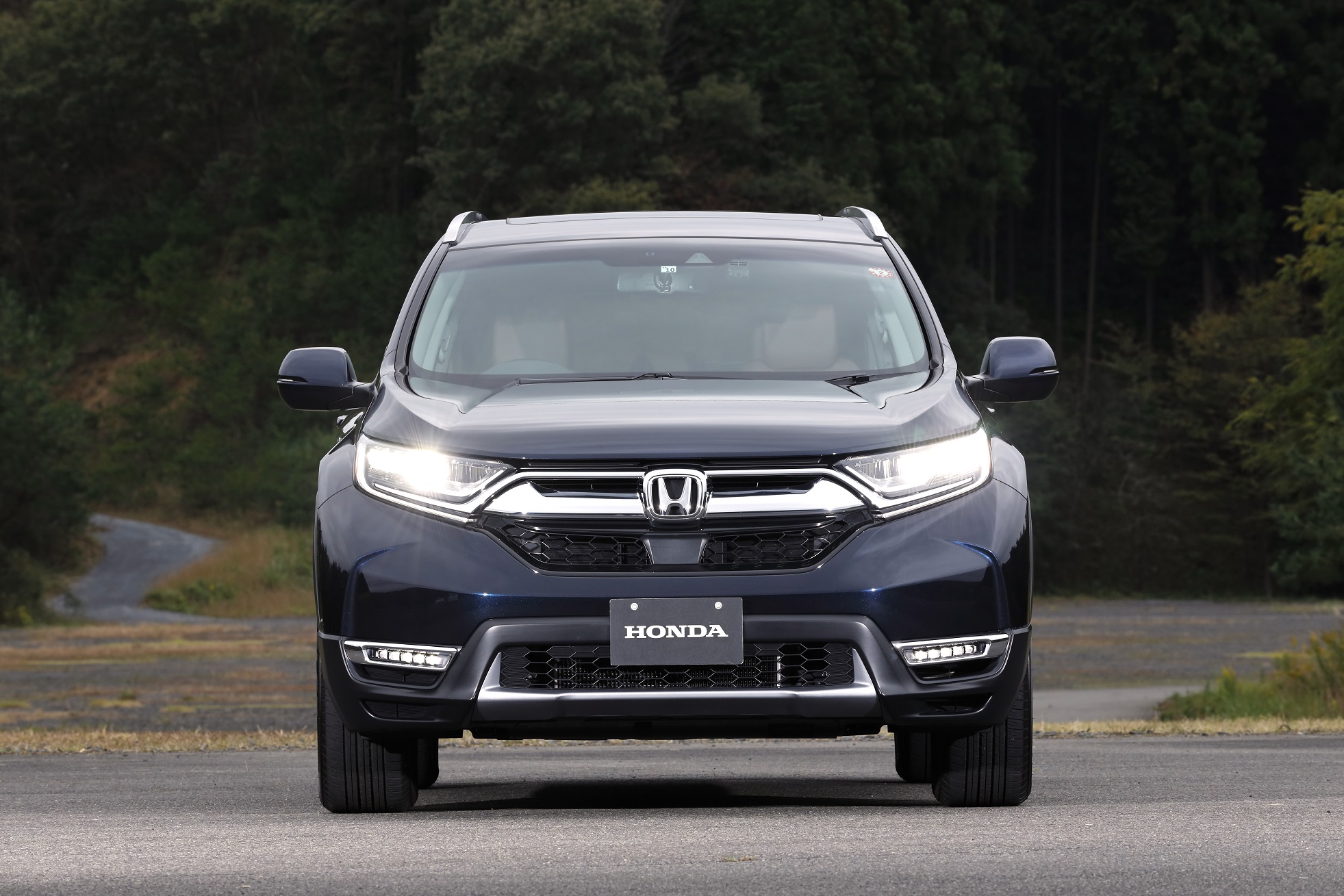 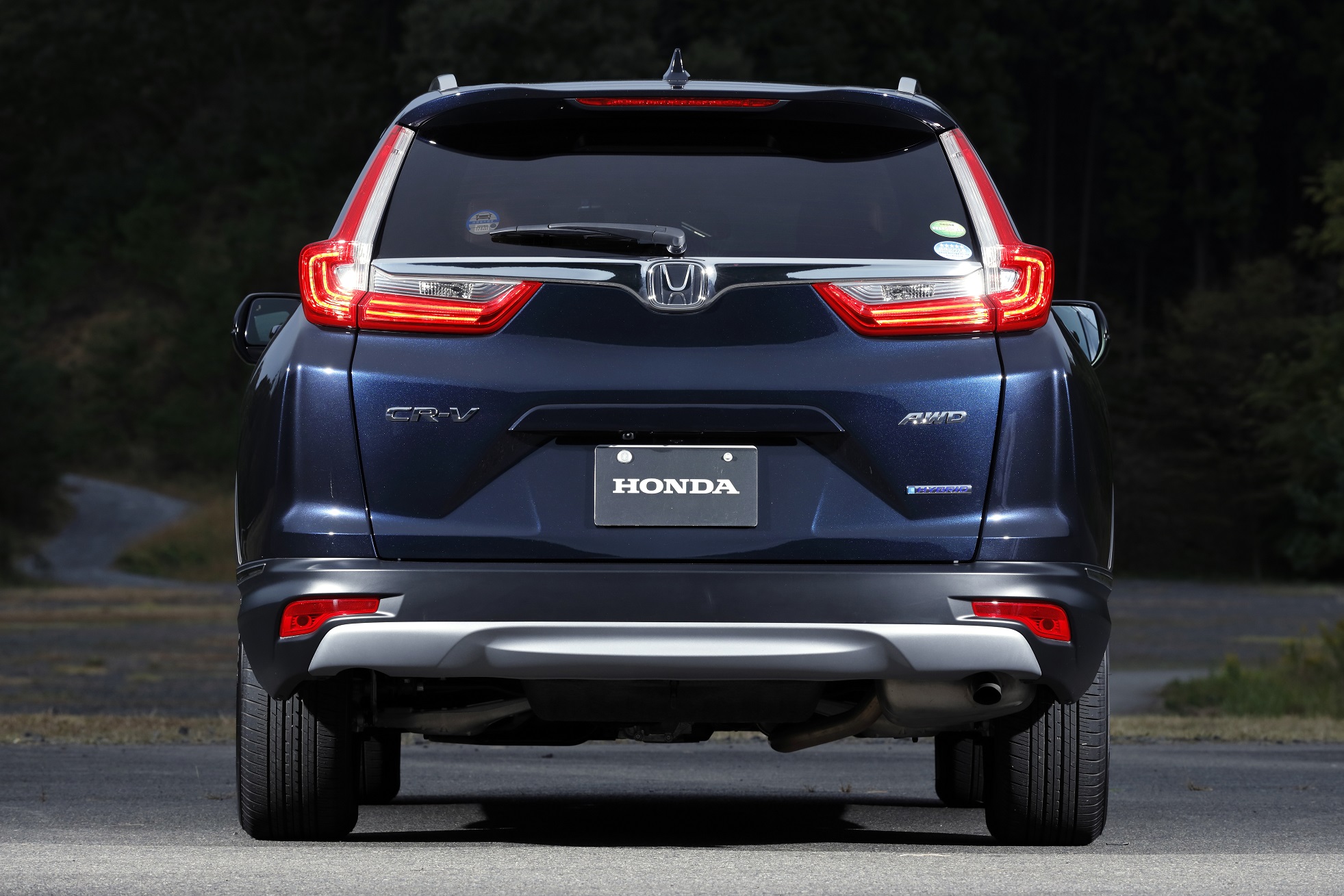