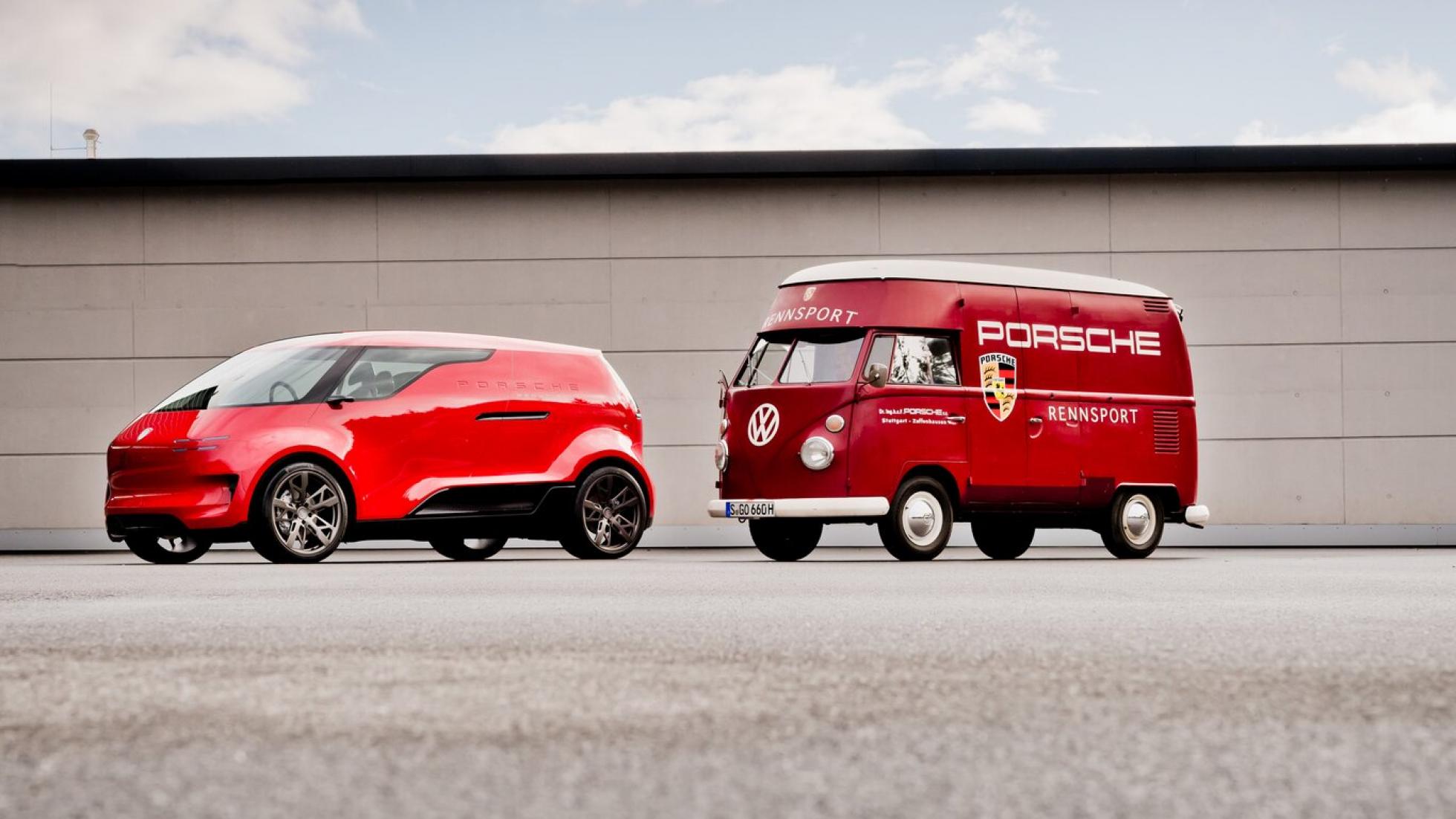 Welcome inside a Porsche designer’s brain. No, they don’t just phone in a same-again 911 and head off to das beerhall.

Porsche’s designers, like us, wonder what a road-going Le Mans car would look like, or if it’s possible to turn a 911 into a high-riding Safari off-roader. Would a modern 550 Spyder lightweight give an Ariel Atom a fright? What if the Taycan four-door had been a rear-engined super-911?

Well, here are the answers to those tantalising questions. Porsche has simply thrown open the vaults of its design studio and shown off a cluster of secret concept cars, what-if studies and maybe-cars that hail from an alternative universe where demand for sports cars, not SUVs, keeps Porsche’s order books stacked.

We warn you: choosing a favourite among these stunners may well take up the rest of your day.

Oh and yeah, that’s a Porsche van. More on that later…

Don’t be fooled by the name. This is not a Porsche 919 Le Mans car for the road. Think of it more as a rival to the Aston Martin Vulcan and Ferrari FXXK: a turn-key gentleman racer’s toy. A track-only version of the Le Mans-winning racer. Crikey.

The 919 Street’s dimensions match the racecar’s diminutive stance, and it retains the 900bhp turbocharged V4 engine and hybrid motors. Porsche genuinely sought to put the 919 Street into limited production as the ultimate track-day hypercar, but says it was killed off by the sheer complexity of the hybrid powertrain.

“A team of mechanics needed around 45 minutes just to start the LMP1 engine,” we’re told. “It would have been necessary to send a team of ‘flying doctors’ to race tracks all over the world. For the time being, the idea of a Le Mans winner for gentleman drivers therefore remains a beautiful dream.”

‘Beautiful’ it certainly is.

Who needs a Macan? If you want the ultimate Porsche crossover, this lifted 991 Carrera ought to do the trick. It was dreamt up back in 2012, based on the contemporary 911, and featured raised ride height with a bespoke suspension set-up, beefier bumpers and a helmet cooler. No, really.

“The designers even planned a special shelf mounted above a fan behind the seats – to cool down your crash helmet between especially hot stages.”

Porsche gave the car a shakedown on a gravel section of the Weissach test facility, but ultimately came over all grown-up and decided not to add the Vision Safari to the 911 range. Boo, hiss. 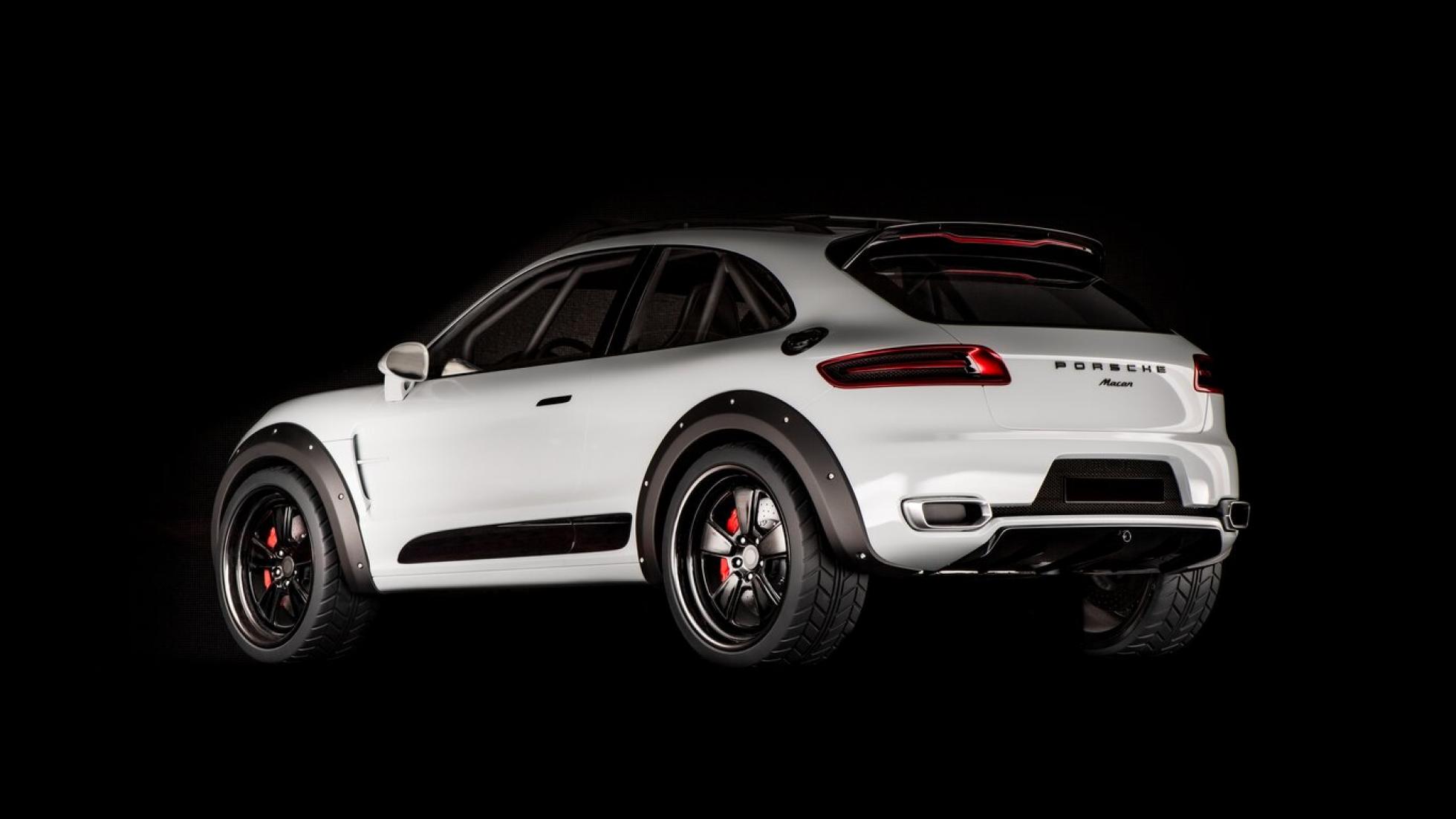 A year later, the Macan was subjected to the ‘Vision Safari’ treatment, resulting in this full-scale model which looks brawny enough to survive pretty much any school run, let alone the Paris-Dakar rally. It too remained a one-off concept car destined never to see the light of day, until now.

Not a 911 that’s been sat on, as we first thought. The LMLL emerged in 2016, inspired by the hard-top Porsche 550 but based on the current Boxster. It sports clamshell bonnets front and rear, a central fuel filler and a high-revving V8 engine.

How the Audi R8 must be feeling relieved this gorgeous entry-level Porsche supercar didn’t get the green light.

Oh, did we mention it was designed with a manual gearbox? Yep, it’s a stick-shift. Damn you Porsche, bloody teases.

One more Boxster-derived special before we move onto more exotic tackle, we think. Yep, Porsche considered an even spiderier version of the Boxster Spyder back in 2014.

Inspired by the impossibly lightweight 384bhp Porsche 909 Bergspyder, this one-off is “freed of all the trappings of comfort, with a shallow windscreen, distinctive roll bar, set of precision instruments from a Porsche 918, single seat for the driver and a helmet shelf instead of a passenger seat”.

Weighing just 1,130kg, the Bergspyder was pushed along by the 3.8-litre flat-six from the back of the Cayman GT4. Sounds sufficient.

Look! Unlike most of the other secret skunkworks models we’re bringing you here, this machine actually runs and drives. Porsche, if the battery starts to go flat, give us a call, eh?

This lightweight mid-engined Spyder is another 550-homage, developed just last year. Porsche says: “With its spartan cockpit, flat radiator grilles over its mid-mounted engine, red racing stripes and the suggested fins at the rear, the compact sports car quite clearly calls to mind the Carrera Panamericana racer.”

“The study served as the basis for further development of the design identity for combustion-engined Porsche sports cars: the vertical arrangement of the headlights at the front as well as other aerodynamic and functional elements such as the angular roll bar were thus adopted as part of the Porsche design language.”

So, could this provide clues to the look of the next Boxster? Here’s hoping. Then again… 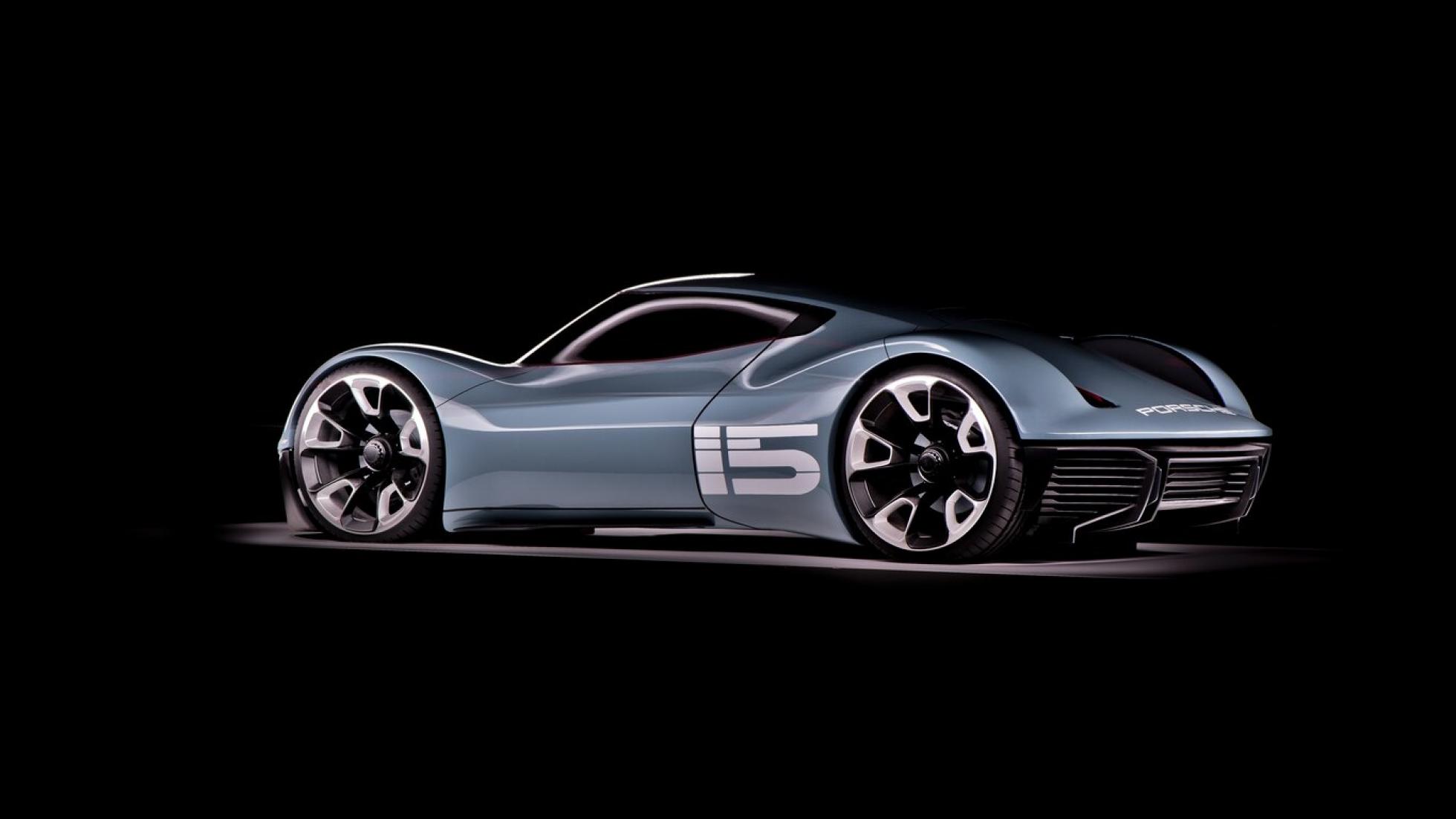 …there’s been plenty of rumour knocking about that the next-gen Boxster and Cayman will go electric, using updated Taycan tech. If true, this 2016 clay study of a ‘916’ electric sports car powered by four hub-mounted motors could be on the design mood board as we speak.

Speaking of electric sports cars, what about a track day toy designed to give the average (alright, rather wealthy) punter an idea of what it’s like to race a Formula E car? According to the design studio, “the Vision E has therefore been designed as a radically lightweight, single-seater race car for the race track”.

“With its central seat position and 800-volt technology, it would without doubt offer privateer drivers an otherwise unattainable driving experience.” And it was only conceived last year, so watch this space.

That’s ‘race service’ in English. People, what you’re looking at is an official Porsche van.

Sort of. This 2018 concept, complete with central driving position, seating for six and all-electric powertrain with autonomous driving mode is inspired by race team service vans, and looks like a giant crash helmet on wheels.

Eat your heart out, Cayenne owners. “The all-electric drive technology is also located in the underbody to save space,” Porsche announces. “As a result, passengers can enjoy an unexpectedly generous space and travel experience.”

Way back in 2005, Porsche was experimenting with mounting light units inside cooling ducts (like the much more modern McLaren 720S), and paying tribute to its history in the Targa Florio road race.

Porsche says “the body of the Porsche 906 Living Legend was imagined as two parts inserted in each other – with the gap between the elements as a ventilation duct for powerful engine mounted amidships.” And to think, this thing was being worked on at the same time Porsche was stamping out the legendary Carrera GT…

Imagine if Porsche had given the 918 Spyder the ‘GT3 RS’ treatment. Let’s pretend the 875bhp hybrid hypercar was stripped out and rebodied to make it even more pant-wettingly spectacular on a racetrack. Enter the 918 RS – a 2019-spec update of a hypercar that last rolled off the production line in 2015. Weird.

Porsche says “with enhanced drive and chassis technology and a dramatically designed, aerodynamically optimised body, the Porsche Vision 918 RS would be the ultimate version of the latest super sports car from Weissach.” It’s not too late, guys.

We’re sure a few 918 owners would gladly donate their pride and joy with a few quid to score this upgrade. Imagine the ‘Ring lap time…

What about taking the performance envelope, dowsing it in rocket fuel and setting it on fire? Okey-dokie, we’ve reached the point where Porsche’s designers scribbled down a potentially street legal Le Mans prototype.

This project came about in 2019, after the designers lamented that Porsche had exited endurance racing in the wake of the VW Dieselgate scandal. Here’s what we could’ve won, folks…

Y’know that old adage about ‘if a racecar looks fast, it’ll be fast’? That applies here, we reckon.

Ready for something a bit more family-friendly?

The story goes that Porsche had the idea for a new four-door supercar after a sketch of the 918 Spyder was altered with felt-tip to look like it had rear doors. The creative juices began to flow, and the design team began to wonder what should power a lower, sportier, sister to the Panamera.

“Could this exciting athlete of a car be powered by a mid-mounted engine? Or should it receive a rear engine in the tradition of the brand – as the first full four-seater Porsche 911?” thought the Porsche hive mind.

“In view of the question of the proportions and the emergence of the topic of electric mobility, we discovered that the idea could be realised even better with a purely electric powertrain.” And so, the Taycan EV was born, at the expense of this stupendous-looking four-door.

This may well be our favourite of the bunch. The ‘new 904’ came about in 2013 after the designers got hold of a carbon monocoque chassis from VW’s rare and ice-cool eco-diesel, the XL1 streamliner.

Porsche draped it in retro design cues and predicted it’d weigh 900kg once fitted with an ultra-high revving Ducati V2 powerplant. Tragically, the 904 and VW’s own XL Sport concept never got the go-ahead. Bloody Dieselgate…

Seriously, just look at this thing. It’s a blend of McLaren Speedtail, Alpine A110 and Cayman, and someone needs to commission a small production run, immediately.

If you could, which of these would you order to be fast-tracked straight into real-life?