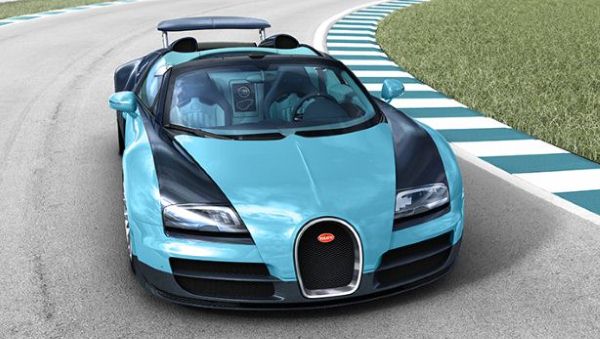 Bad news for the discerning billionaire desiring precisely 51 Veyrons to fill his or her very long, very expensive driveway: Bugatti has announced it will build just 50 more Veyron convertibles before putting the record_breaking hypercar to rest.

The 400th Veyron has just rolled off the Molsheim production line, a ‘Wimille edition' Grand Sport Vitesse, one of Bugatti's six_part ‘Legends' run.

Since 2005, Bugatti has produced its full run of 300 Veyron coupes and, so far, 100 roadsters, which leaves just 50 drop_top Veyrons to come before one of the most significant chapters of automotive history closes.

Quite how Bugatti can follow the world's fastest car is as yet a mystery. With the future of the four-door Galibier still apparently up in the air, it's at this stage unclear whether the ultra_performance wing of VW will attempt to out_fast its own record breaker, or pursue a different avenue.

But for now, if you're in the market for a 1200bhp, million_quid, 254mph convertible, you'd better get a wriggle on: once the Veyron's gone, there's not much out there that'll fit the brief.

For the rest of us, the question remains: after Jean_Pierre Wimille, Jean Bugatti and Meo Costantini, who are the other three luminaries to be honoured in the ‘Les Legendes de Bugatti' run? Surely James May is in with a shot?