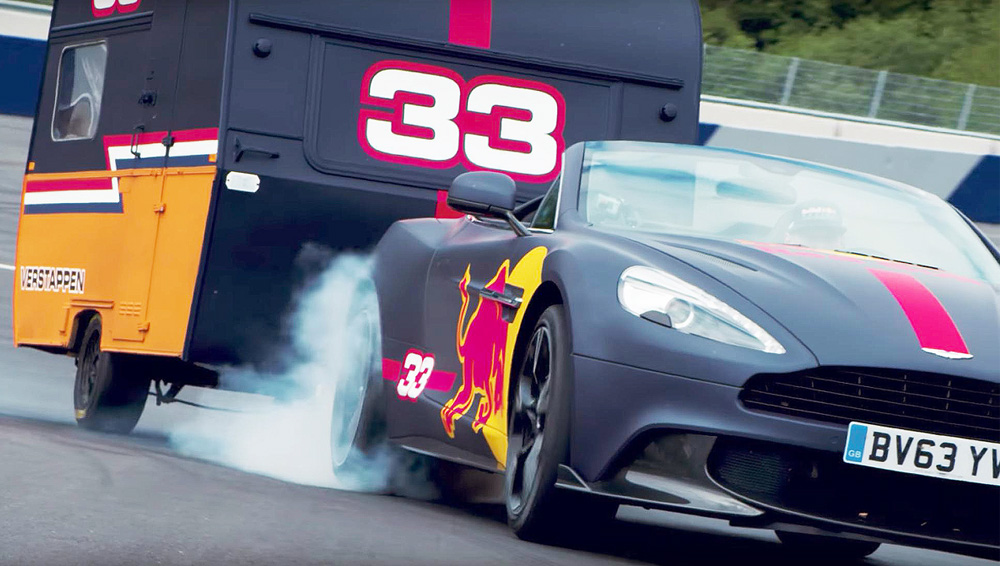 Owners of Aston Martin Vanquish Volantes, we suspect, aren’t partial to bolting on a caravan and going flat out around the Red Bull Ring, in a bid to see how both Aston and caravan fare when on the apex-crushing limit.

But, as doyens of consumer advice, Red Bull Racing has decided it an important test. And employed its Formula One drivers – that’s Daniel Ricciardo and Max Verstappen – to see what happens when you deploy maximum V12 against bendy, unstable caravan and an empty Red Bull Ring.

Cue some befuddled looks as Verstappen literally can’t believe his luck. Cue gratuitous sideways and much smiling. Cue… well, what on earth do you expect to happen?