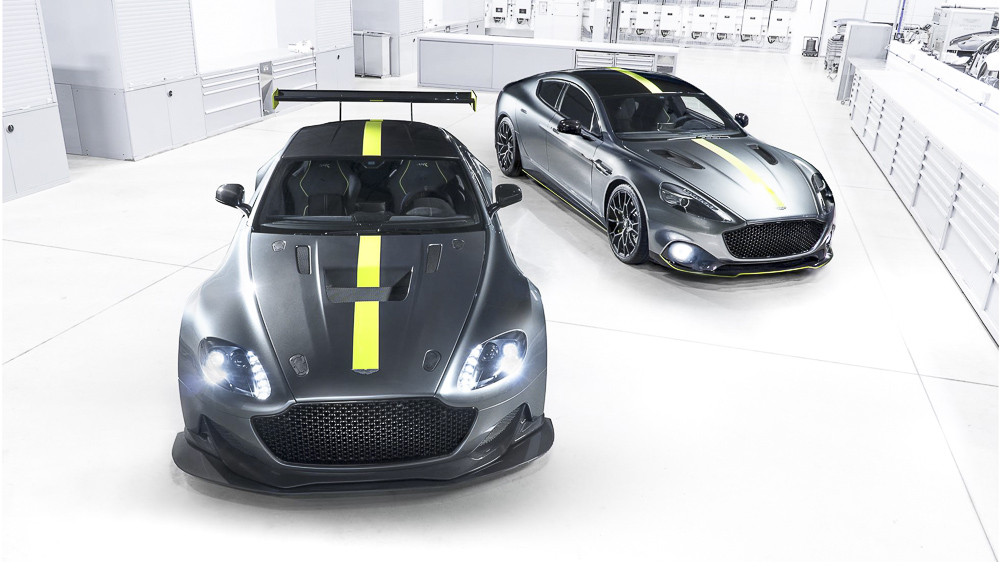 It’s the never-ending conundrum for car companies: how to turn a win on Sunday into a sale on Monday. Aston has been winning on the track more than most lately, claiming the 2016 FIA WEC GT Drivers’ Championship, and two class victories at the 24 Hours of Le Mans – and now it has a plan to turn Aston Martin Racing’s (AMR) success into a tidy profit. 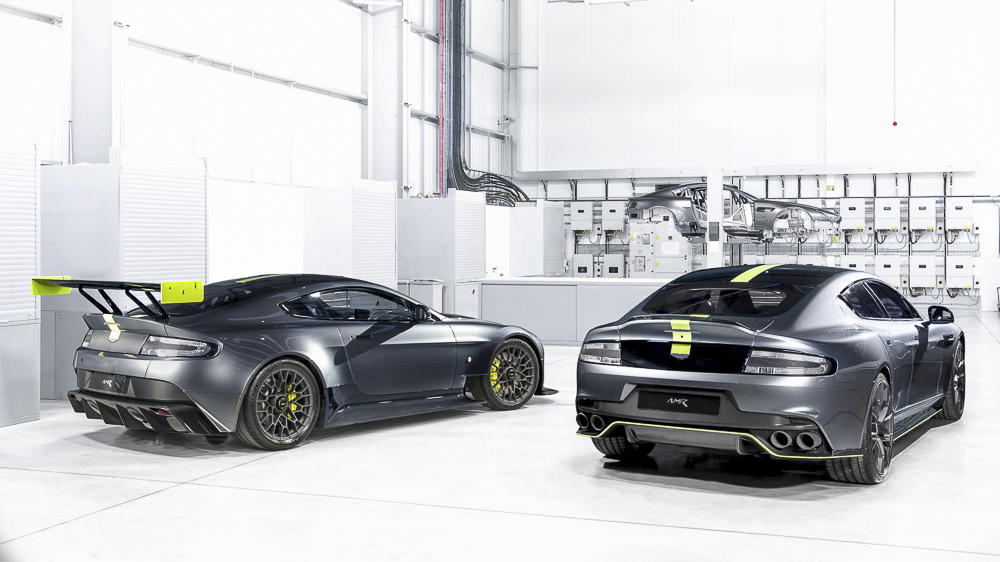 The idea couldn’t be simpler – an AMR sub-brand that diffuses racing technology into the road car line up, creating the most extreme, and presumably expensive, versions of each model line. In time, Aston says, every model in the line-up will have a hardcore AMR derivative, and to show us what it’s on about its transformed the Rapide into the Rapide AMR and the outgoing Vantage into the Vantage AMR Pro for the Geneva show.

We start with the Rapide AMR, a milder interpretation of the AMR formula that will be developed by Aston’s central vehicle engineering team. Although exact specs are yet to be announced, it gets more power from its 6.0-litre V12, chassis upgrades and slap-in-the-face styling, including lime green accents, new 21-inch wheels and pumped up bodywork for more downforce. Inside there’s carbon-fibre race seats and more retina-searing flashes of lime green. 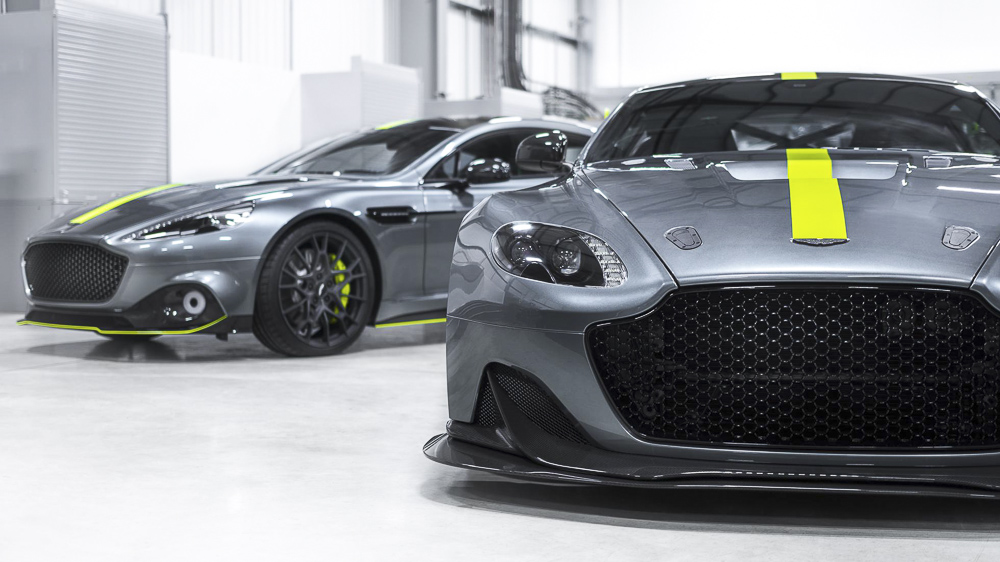 The Vantage AMR Pro represents something altogether more serious – a non-road-legal track toy powered by a 500bhp version of Aston’s GT4 racing engine, making it the most powerful, and almost certainly the loudest V8 Vantage ever. All AMR Pro models will be handled by Aston’s own in-house skunk works – Q by Aston Martin Advanced Operations – and set up at its Nurburgring test centre. We hold out little hope for the ride comfort.

Fully-adjustable race suspension, the same rear wing and bonnet as the V8 Vantage GTE racer, centre-locking wheels, Michelin Pilot Sport Cup 2 tyres and a roll cage complete the technical spec, while the interior and colour scheme is just as eccentric as the Rapide. Wallflowers need not apply.

What about the Vantage GT8 and GT12 models I hear you cry? Well, the AMR Pro is a much wilder proposition so doesn’t actually step on their toes. Truth is, though, it was those models that convinced Aston there’s a healthy market for more exclusive and extreme variants.

“AMR is something we have wanted to bring to fruition for some time. Cars such as the Vantage GT8 and Vantage GT12 confirmed that our customers love raw, race-bred models, but we also knew there was an opportunity to create cars that offer a sharper performance focus but stop short of those truly hardcore, special series models,” Aston’s CEO, Andy Palmer explained. “With the AMR brand we have the perfect platform to deliver both.” 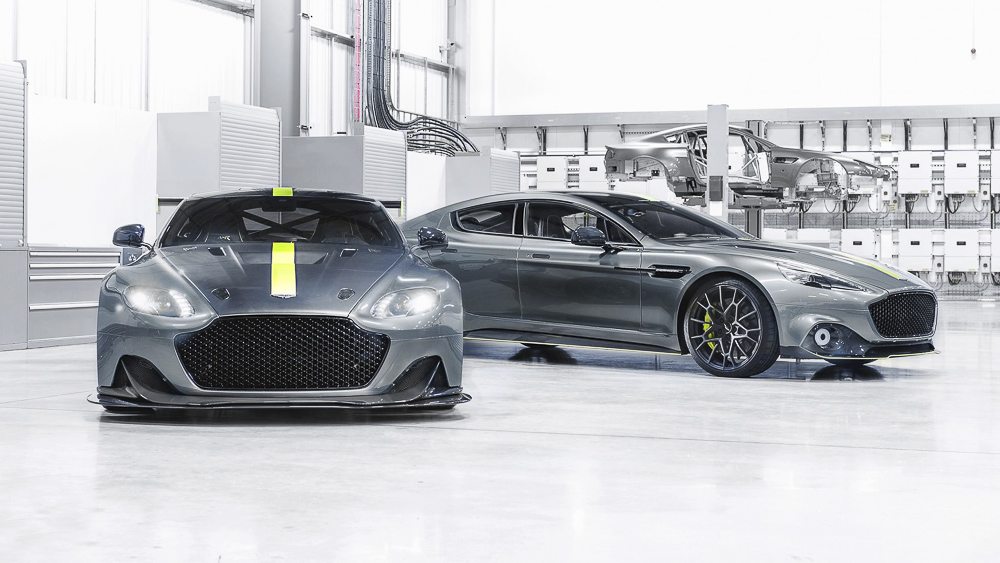 And when he says deliver, Palmer means it: “I’m incredibly excited to announce that we will be putting both the Vantage AMR Pro and Rapide AMR into production: the Vantage in an extremely limited series of no more than 7 cars; the Rapide as a run of only 210 cars. They are the start of something very exciting – a programme that will eventually see an AMR version of every model in the Aston Martin range”.

A step too far for the historic Aston brand, or a clever extension of their existing operations? You decide.