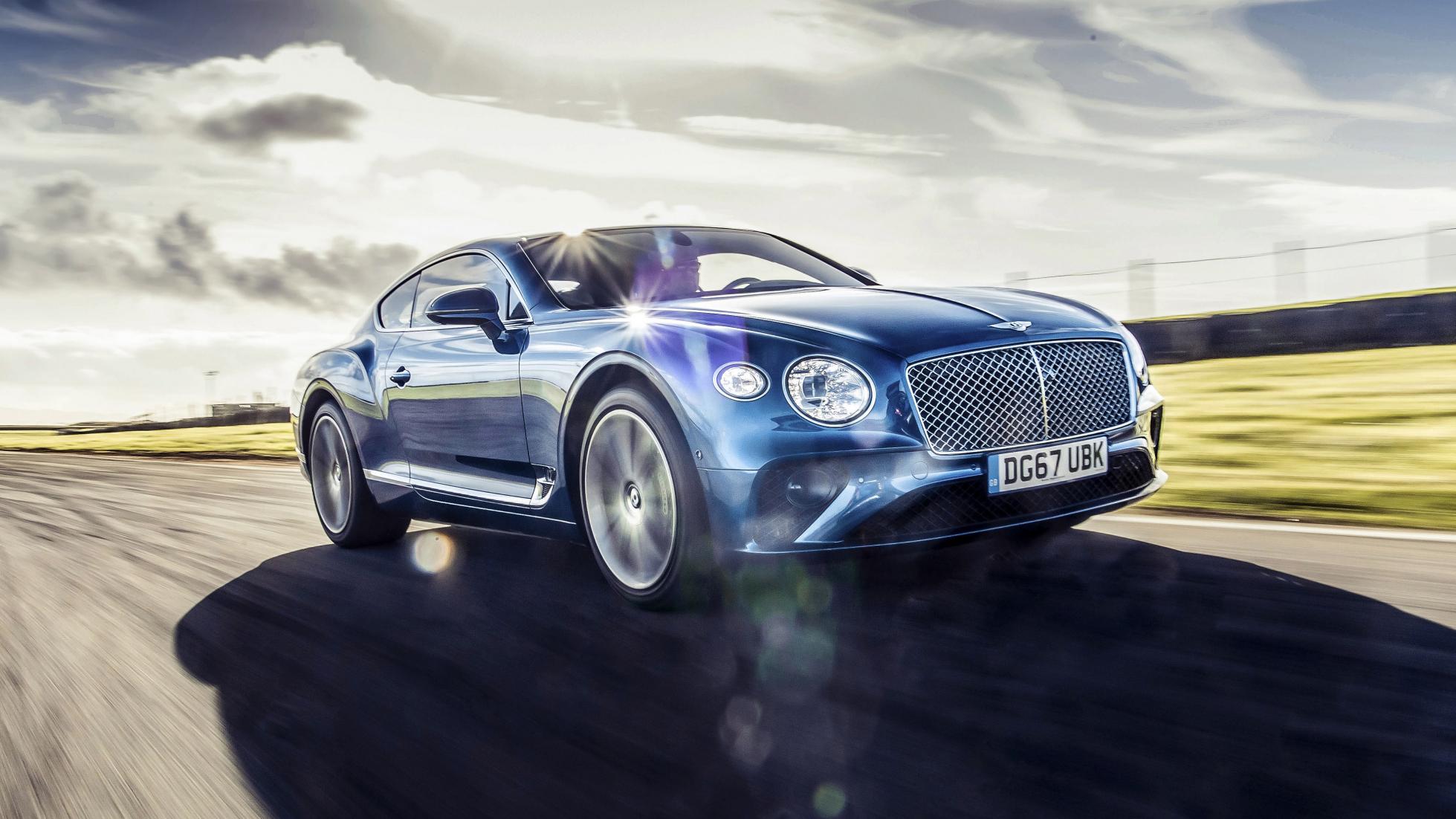 It’s a Bentley Continental GT… but not as we know it.
It wears the badge, it’s got the doe-eyed headlights and a W12… but that’s about it. This is Conti V2.0 and it is pretty much all-new.

Based on the same platform as the Panamera (Porsche’s ‘MSB’), new Continental gets a mixed-materials skeleton (mainly aluminium and steel) clothed in big sheets of more aluminium. In fact, it’s all aluminium, apart from the bootlid, which is only composite because that’s where all the aerials and receiverware sits, and most things like that don’t like to be sheathed in metal. 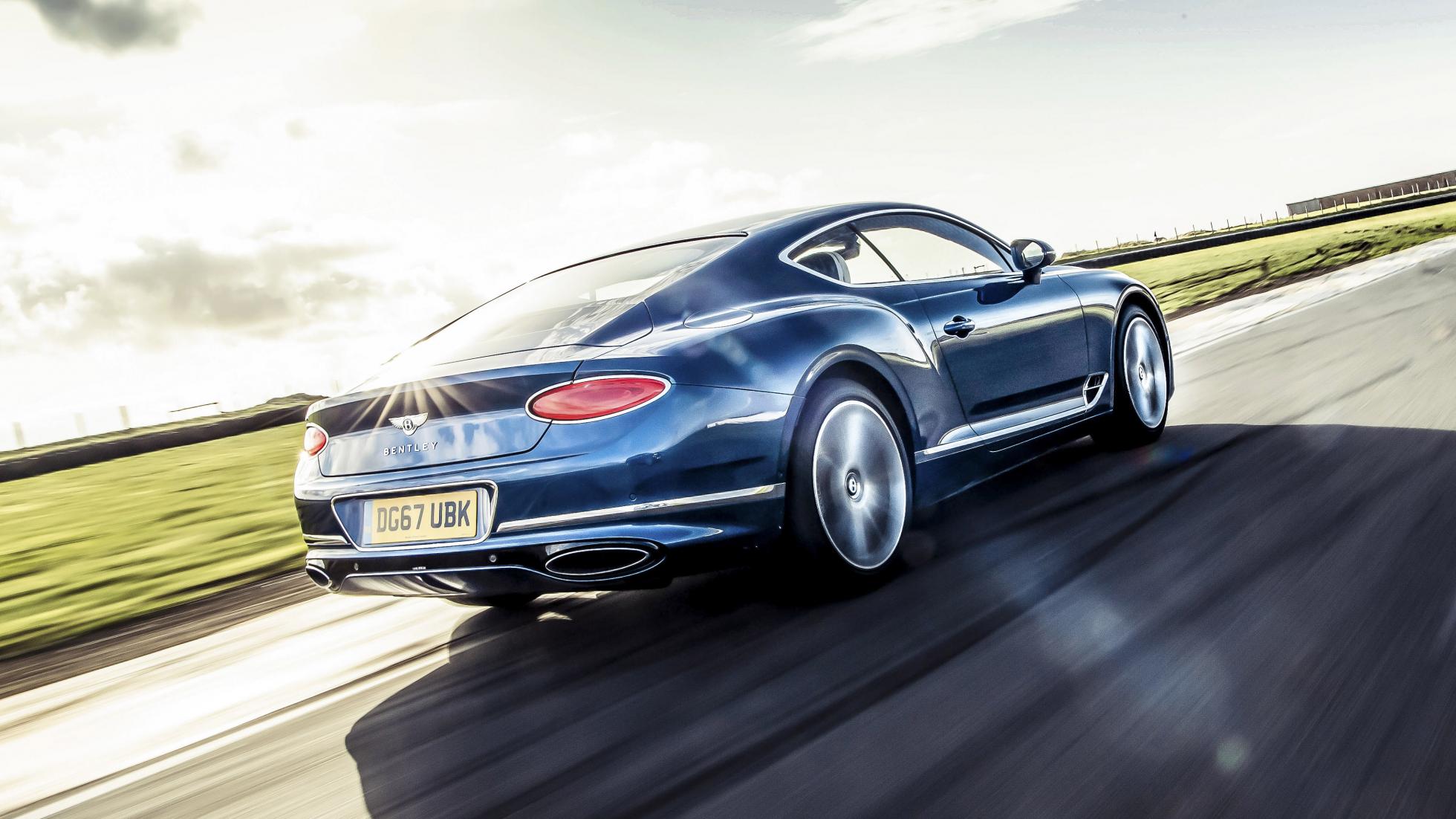 It looks svelte this time around…
The previous-gen Continental was a handsome enough bus, but it was a bit of a brick: the new one is lower, more muscular, neater and less bulky. More fitness model than weightlifter. The panels are ‘superformed’  - a process where aluminium sheets are heated to 500-degrees and then formed over a buck using pressurised gas rather than a stamp - and the results are spectacular.

Just look at those side creases. In fact, one of the big joys of the GT is the rear haunch line, because it undercuts slightly and is nicely razored: it flicks light like there’s no tomorrow. Sculptural stuff. Just don’t mention the panel beating cost if you reverse it into something.

It’s a tiny bit lighter than before, but to be honest, it’s not that big a deal in percentage terms; there’s a lot of stuff gone back into the architecture after the initial hardware weightloss. 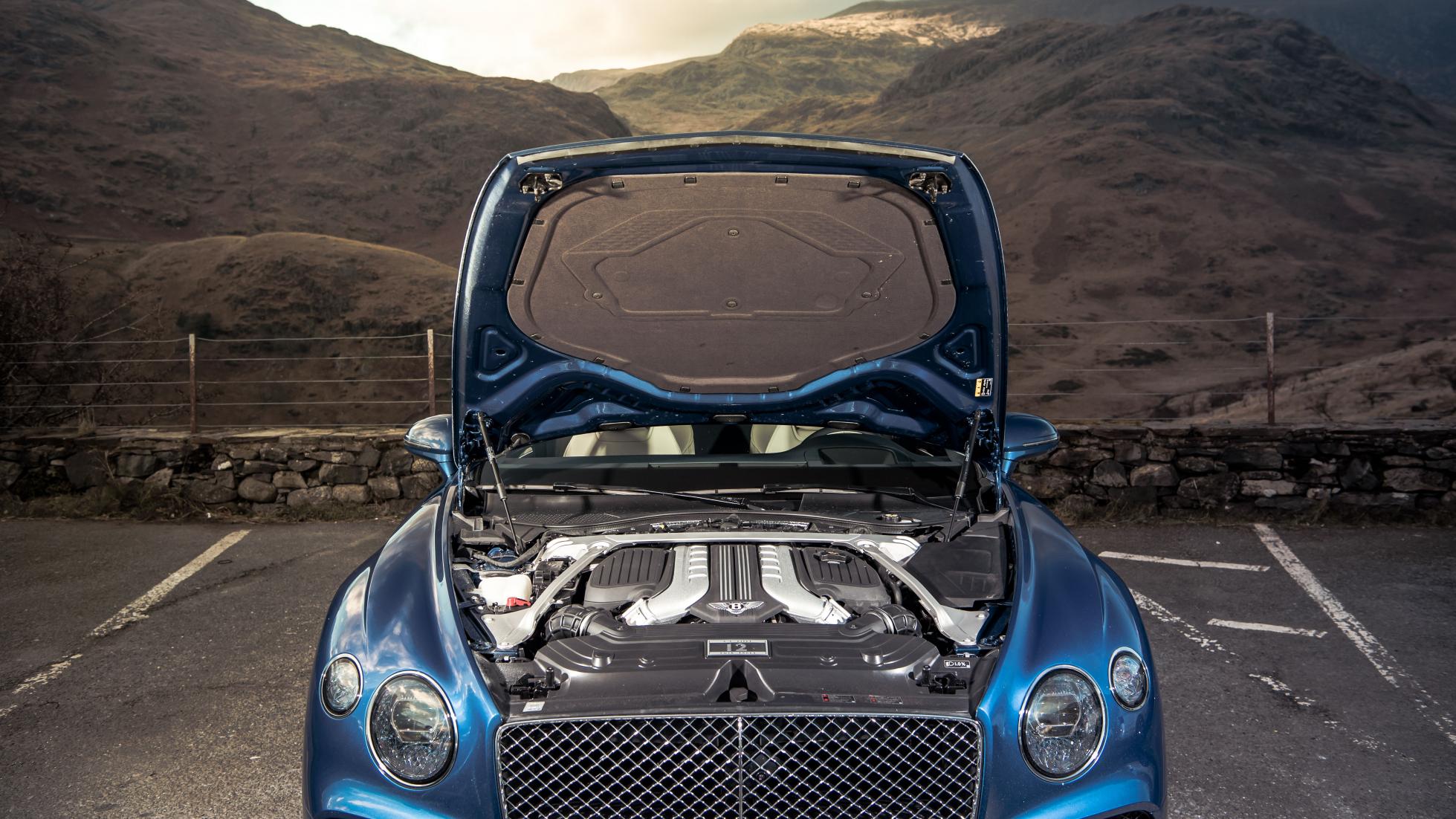 It’s still got a daft W12 though?
Yes, and …er… no. There’s still a W-shaped 12-cylinder up front (like a pair of V6s canted together), but the engine has been severely reworked. It’s now got twin-injection (separate systems for both high and low-pressure - good for particulate management, power delivery, refinement and the pension funds of injector manufacturers), twin-scroll turbos, variable displacement (shutting down one side of the engine in gears 3 to 8 below 3,000rpm), start-stop, and active engine mounts. All that means more mpg (and a respectable 278g/km), Euro 6 compliance (US LEV-3) and better refinement.

What it means to us, is 626bhp (up 7.5 percent) and a whopping 25 per cent more torque, available in less than a third of the time versus the old engine. This is all excellent news. Because it means that the GT now hits  - in ‘standard’ form, don’t forget - 0-100kph in 3.7s and 333kph, with in-gear acceleration that’ll push your eyebrows past your hairline. I’m also of the opinion that there’s a fair amount of headroom in this architecture - 850bhp SuperSport in a couple of years, anyone? 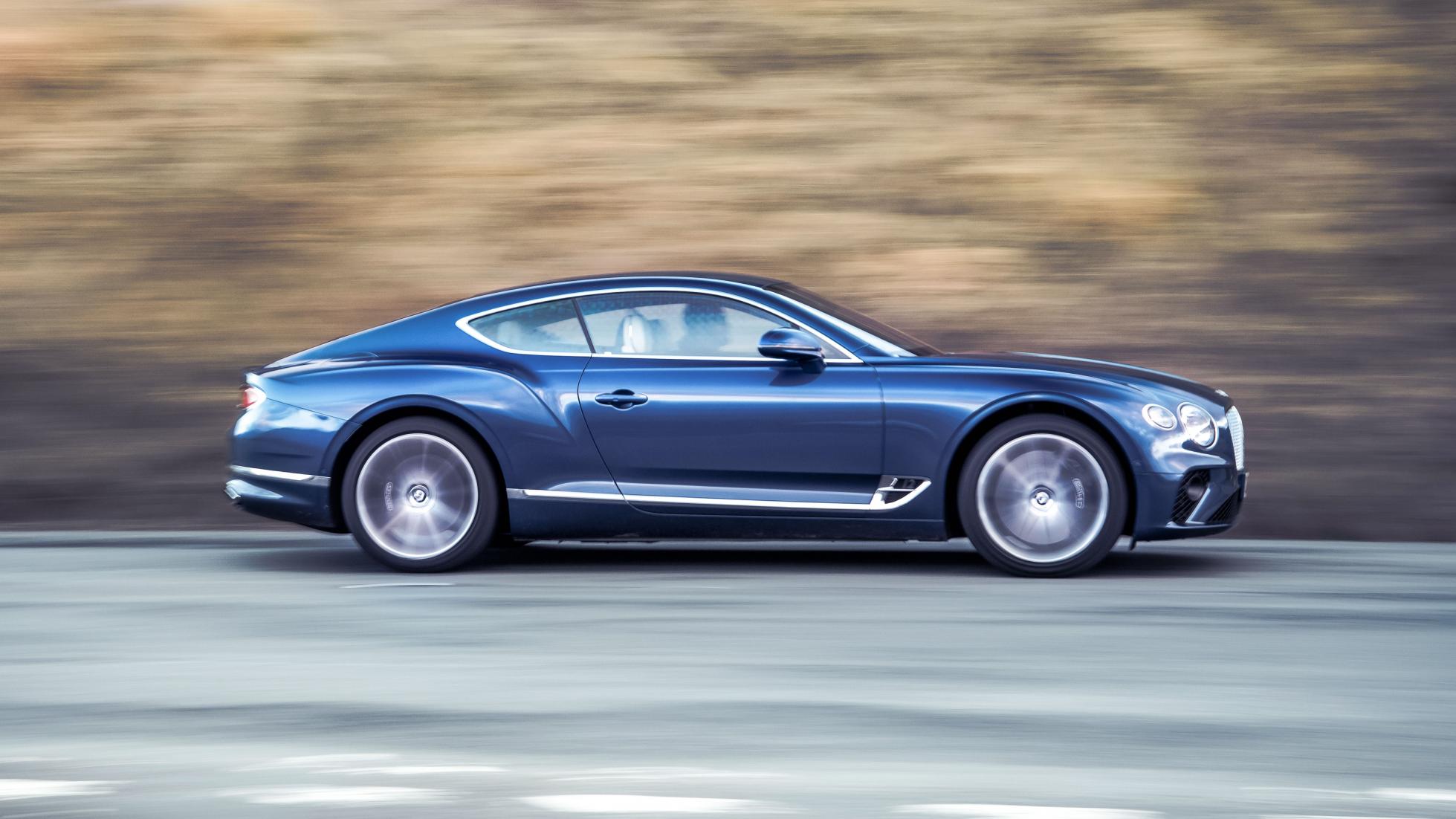 But it’s still a front-engined W12. So that’s hello to nose-led handling again, then
Again, no. There’s been engineering going on. And we’re not talking about someone doing some re-programming of the damper settings with a laptop. The W12 has been moved down and back, to the point where the front driveshafts now run through the bottom of the sump. In fact, there’s only 1.5mm of clearance down there, and the results are obvious. One, the centre of gravity has dropped a bit, and two, that has allowed the bonnet to be lower and the front wheels to move forwards - you don’t need to be a physics graduate to appreciate these are Good Things.

There’s the usual all-wheel drive, with various torque-splits and clever things going on depending on which drive mode you’re in, and a generous rear-drive bias in most situations. We took the car around Anglesey racetrack for a few laps as well as the tricky, technical roads around Snowdonia in Wales, and it is night and day versus the old car.

Basically, it’s now got a reliable front end. Where the old Conti required adaptation (SuperSport and GT3 less so) to a tendency to headbutt things, the new car digs and drives. The whole car feels much lighter than it should, more wieldy and less bulky. There’s better body control in every direction - including pitch under braking - and where you’d be amused at making the old Conti do stuff, now you actually feel satisfied with going rapidly.

It’s not a small car - you’ll never make it dance about like a lightweight - but now it’s got some serious chops. I do happen to think that it’s a better car at 80 per cent attack though; if you back off a bit and let it swoop, it’s awesome. 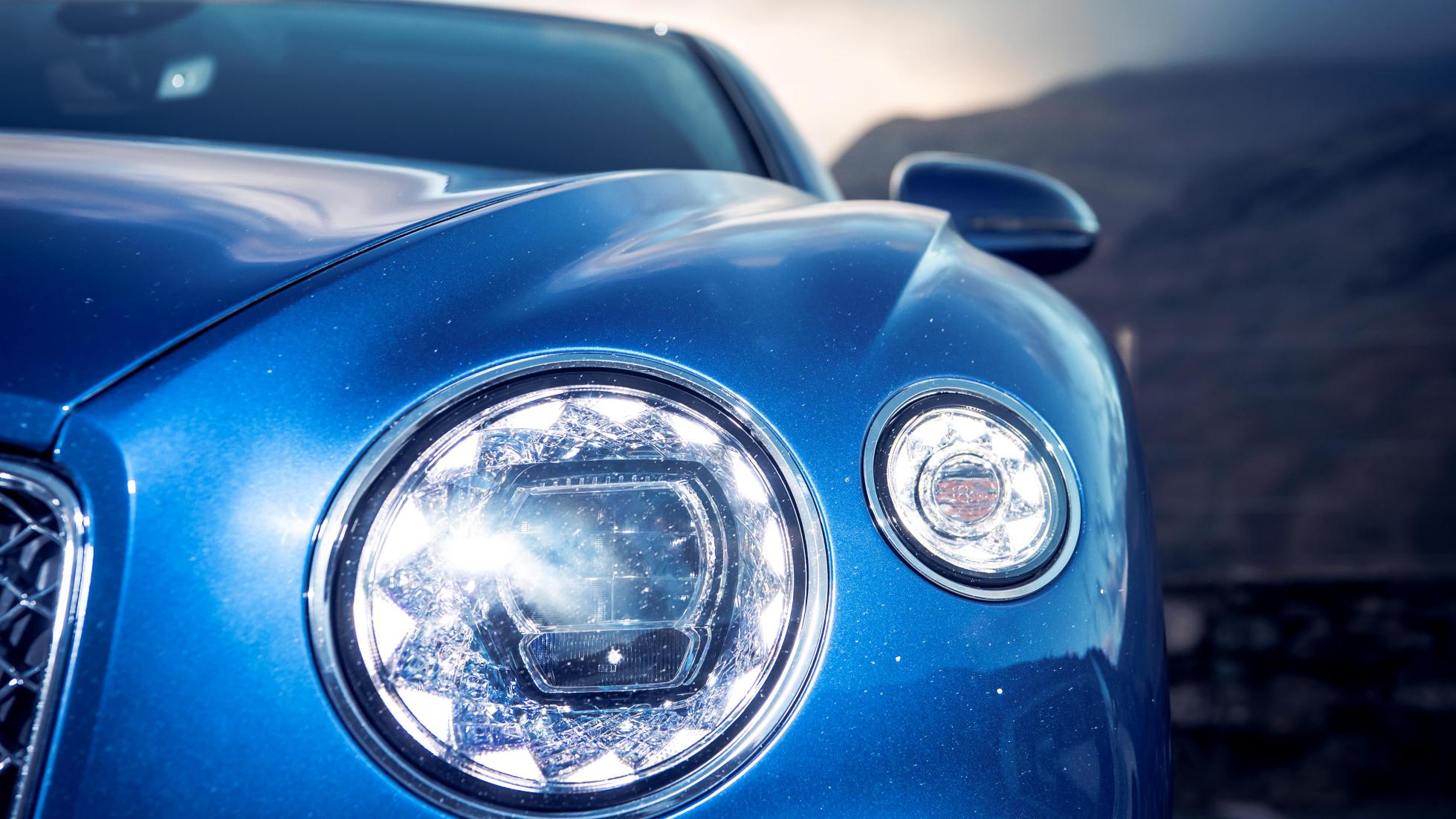 So has it gone all ‘sports car’?
Not entirely. So Sport mode is a bit nibbly and aggressive, but there’s also a full-waft Comfort mode, and ‘Bentley’ which is somewhere in-between. And the distance between the settings is generous - meaning that the GT hasn’t lost its ability to cover miles. And I did a lot of miles. Part of this is down to the 48-volt electric ride-control system (which winds the anti-roll bars in and out) nicked off the Bentayga, but also down to the new triple-chambered air suspension. Basically, it’s one air spring sleeved inside another, with a third air doughnut on the end. The different settings variously lock out the relevant chambers and alter the handling and ride characteristics accordingly.

And it works - full numb-bottom in Comfort, more reaction and nerve in Sport. Again, it’s not a GT3 RS in Sport, but enough to keep you happy. The steering now has something to say, and the ‘box is way more snappy as a DSG than the torque-converter ever was, through all eight-speeds. It’s even got launch control, and boy, that’s an eye-widener. No, I’m not overly keen on the stubby paddles behind the wheel, and the car seems to do pretty well on it’s own, but you can’t have everything.

And behind it all is that engine. Slightly higher-toned than before, it comes on boost very early, and the torque curve resembles a child’s drawing of a table. So you never feel short. Ever. 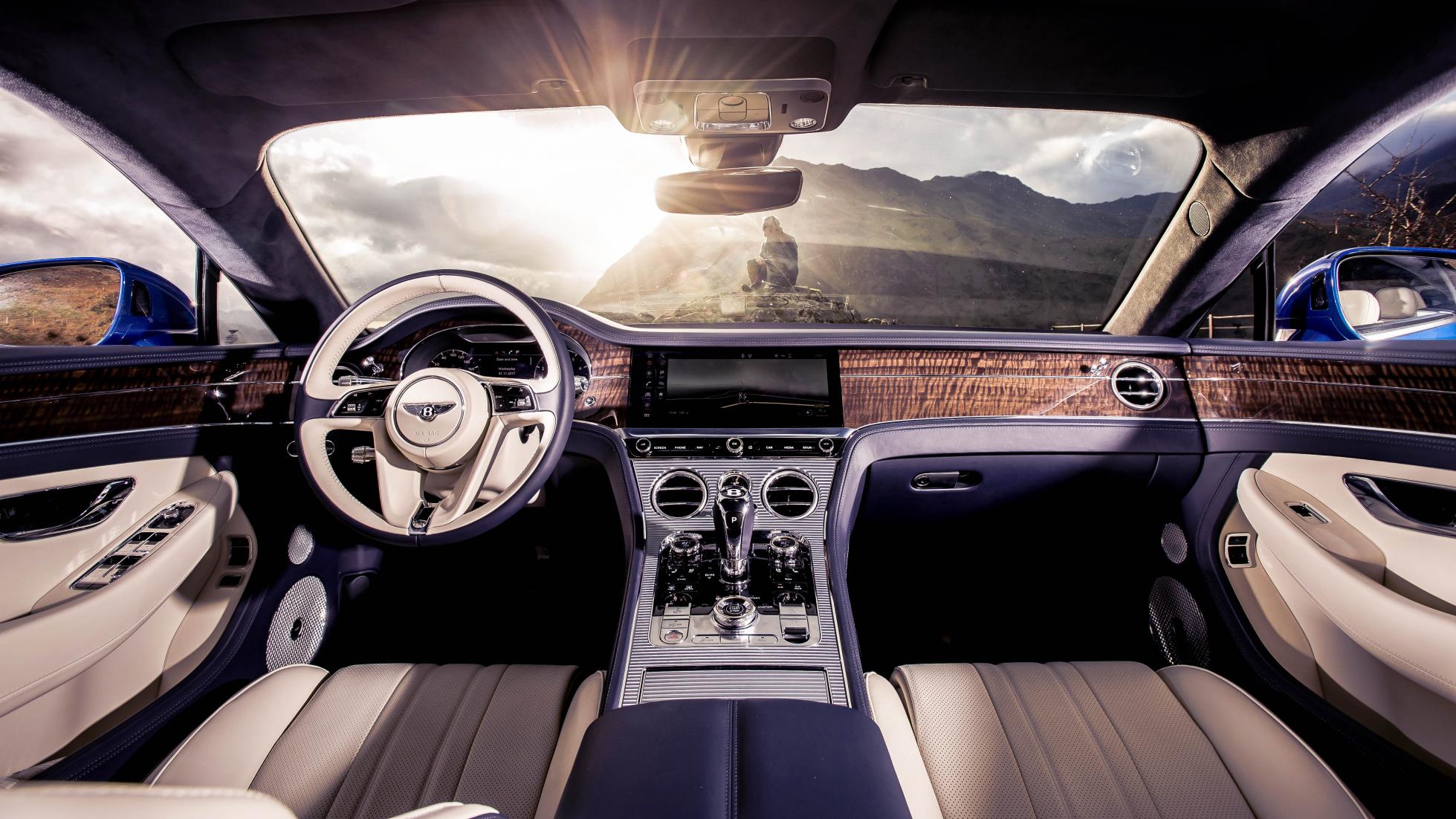 Does it still smell of craftsmanship and cow?
Wonderfully fragranced cow, yes. All the usual Bentley tropes are present and correct, with knurled bits, book-matched wood and leather slicked over every surface. There’s a hell of a lot of tech stuffed into the thing  - from night vision to the usual anti-crash sensor gubbins - but it’s not overwhelming, or even very obvious. I do, however, love some of the little tricks like the triple-rotating sat-nav screen (screen, triplet of clocks or solid wood) and the bum-shaking bass actuators under the seats. Silly, but fun. Special nod to the NAIM Audio stereo for being particularly fabulous. I’m not sure it approved of my Grime playlist, but boy, did it sound good.

Any caveats?
The car I drove was some months before production starts, so there were a couple of things still to sort. Little things like a tendency for the DSG to hunt a little at junction or on a hesitant throttle, or slightly sussurating rear window seals - but Bentley knew about the issues and will solve them before customers get their hands on them.

I’m guessing, but I’d also expect some variants later - albeit probably not for quite a while, given Bentley’s lack of need to kick out a new model every three months. So in 18-months/2yrs or so, we’ll probably see a 4.0-litre V8 in AWD and RWD guises (think the new Panamera’s engine - good for Chinese tax law), and a hybrid - again nicking bits from Porsche in the shape of the Panamera 4 E-Hybrid - with 456bhp and 516lbft and 31 miles of EV range. I find it impossible to believe that in a few years there won’t be a ridiculously powerful SuperSport, either. And this time, there’s a chassis that can handle it. 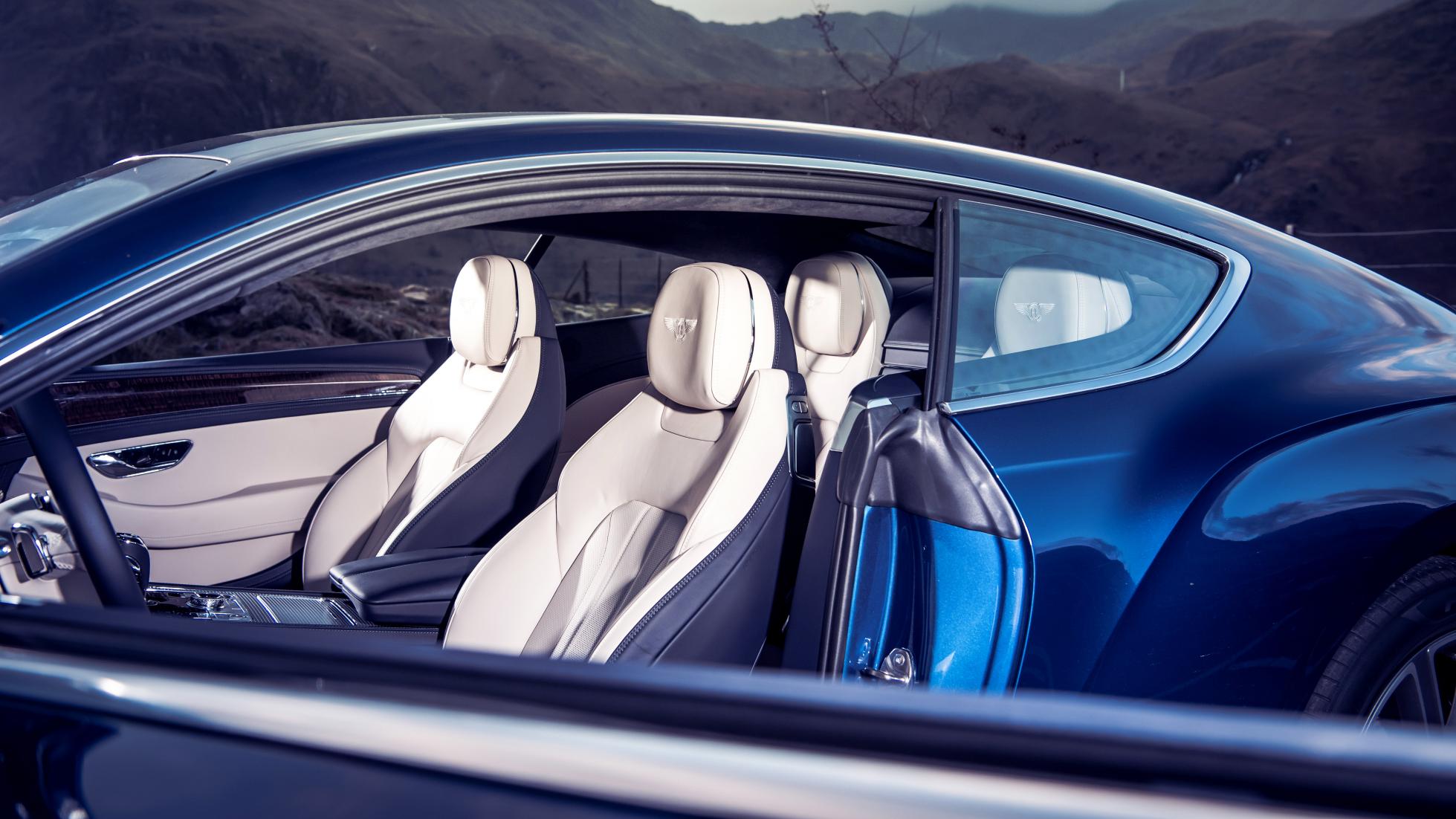 Highlight?
The best bit about this new Continental GT isn’t that it’s a better sportscar than before. It’s the fact that it hasn’t forgotten what ‘Grand Tourer’ actually means. You can waft, and you can play. It’s not the most extreme version of either, but it walks a fine line between both, and walks it perfectly.

So what’s your verdict? - 9/10
An outstanding GT. Perhaps definitive in its class. It doesn’t get much better.