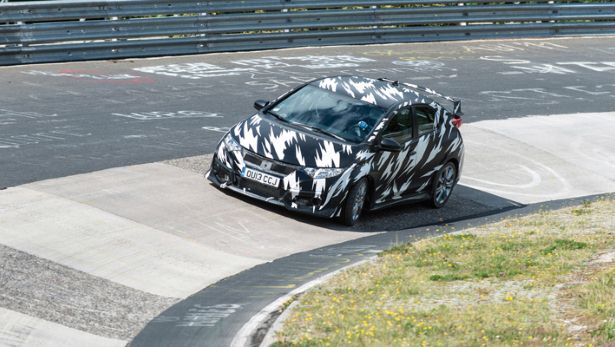 Honda's just told us its 2015 Civic Type R will be the fastest front wheel drive car around the Nurburgring, and have at least 276bhp from a direct injection turbocharged 2.0-litre engine.

Even though there are two more years of development left, Manabu Nishimae, President of Honda Motor Europe, announced his ambitious projections at this year's Frankfurt motor show, alongside slightly more boring news that the British-built 2014 Civic Tourer will emit 99g/km of C02 and 3.1L/100km

Nishimae says: "We have recently spent a week at the Nurburgring, carrying out extensive testing and we are on target, and have already set a time approaching the lap record."

Look at the pic, watch the video, then tell us which manufacturers d'you think will give Honda the most trouble setting the record, TopGear.commers?